Oculus VR, the virtual reality division of Facebook, is donating a number of Oculus Rift headsets to tech education group Major League Hacking. The idea is to power the next generation of learning about VR starting at the high school and college levels via hackathons.

Major League Hacking runs the official student hackathon league sponsored by Dell and Intel. Oculus VR will be contributing Oculus Rifts to support VR learning in classrooms and hackathons around the world. Brendan Iribe, the CEO and cofounder of Oculus, will share more about this donation at BitCamp, a 36-hour MLH member hackathon running April 8-10 at the University of Maryland in College Park.

Alienware, the maker of high-end gaming PC’s and a sponsor of MLH since 2014, will also be providing Oculus-ready hardware in support of this initiative.

Oculus has partnered with MLH for almost two years, providing Oculus development kits (DK2) at over 250 hackathons for high school and college students across 15 countries. MLH will be receiving Rifts in August. Students will have access to the Rifts through the MLH Hardware Lab, which contains the latest devices, including Alienware computers for attendees to try out at hackathons.

“It’s important to us that our students have access to the latest and greatest technology to learn on, beyond the limited tools they’re seeing in the classroom,” said Mike Swift, the cofounder and CEO of Major League Hacking, in a statement. “This partnership with Oculus will help us empower the next generation of tech visionaries, and I’m beyond excited to see how these students will transform the world with VR.”

MLH, which every year powers hundreds of student-led hackathons across the globe, has an established presence at the University of Maryland, whose students won the inaugural Major League Hacking Championship in 2013. Iribe is an alumnus of UMD, and he previously announced a $31 million donation to the school to build the new Computer Science and Innovation Center, which includes a dedicated space for hackers and makers. The groundbreaking ceremony will occur April 30. That largely is possible because Facebook bought the startup Oculus VR for $2 billion in 2014. 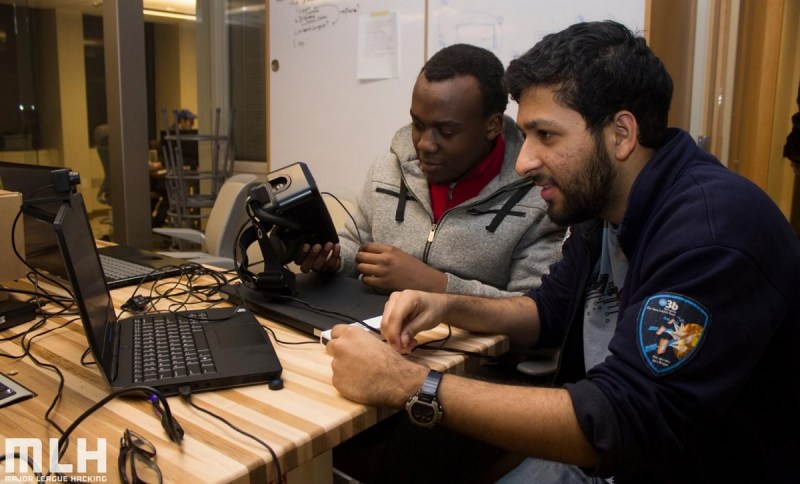 Above: Major League Hacking is getting help from Oculus VR.