Rubin, the cofounder of the Naughty Dog game studio, will lead anew division at Oculus, focusing on first-party game initiatives in multiple regions. Virtual reality is hot, especially in games. Facebook bought Oculus and its Rift VR headset earlier this year for $2 billion. Sony has VR gear in the works with Project Morpheus, which it will show off during this week’s giant Electronic Entertainment Expo tradeshow in Los Angeles. Even Samsung has jumped into the VR game. 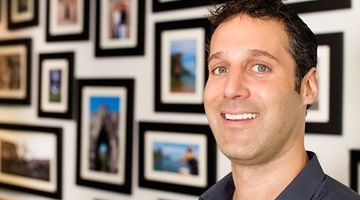 Above: Jason Rubin of Oculus VR

“There have only been a handful of times in my life where I saw something that I knew would change everything,” said Rubin in a blog post. “The awe-inspiring tech Oculus is building is a portal into an incredible world that my daughter will one day consider to be normal. The moment I put it on, I wanted to help define that future.”

At E3, Oculus will show off some third-party virtual reality games including Lucky’s Tale by Playful Corp., Alien Isolation by Sega’s Creative Assembly, and Eve Valkyrie by CCP.

“The team at Oculus has been working to push the boundaries of what’s possible with hardware and software,” Rubin said. “I’m excited to bring together a new division dedicated to building high-quality VR content that helps define the platform and inspire others to do the same.”

Rubin cofounded Naughty Dog in 1985 and worked on games like the platformer Crash Bandicoot, which became Sony’s mascot for a time during the first PlayStation’s life. After a long career at Naughty Dog, Rubin became president of struggling THQ in 2012. He left after nine months on the job as the company headed toward bankruptcy. He also served as CEO of Flektor and mobile gaming company Monkey Gods.