Flappy Bird is as weird a story as that of its creator.

A dead-simple game built by a single developer that trashed the best efforts of massive game development studios to hit the coveted No. 1 download spot on both the Apple App Store and Google Play. And a indie developer content with the shadow, coveting peace, seeking anonymity, and ultimately turning down a fortune to preserve his privacy. 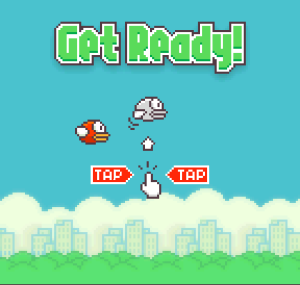 Above: Flappy Bird is now an endangered species.

Both are odd outliers that are hard to explain.

And after all the stories about the meteoric rise, the 50 million downloads, the $50,000 daily earnings, the threat to pull the game, the actual removal, the questions about why, and the inevitable attack of the clones, it’s still a valid question why the actual game that caused so much attention and angst got so big so fast — and why people are renting iPhones with Flappy Bird installed, just to get their daily fix.

Part of it, I think, is an offended sense of justice.

In Flappy Bird, you die like no other game. If just one minuscule pixel of your incredibly fragile bird touches just one inconsequential pixel of those Mario-like pipes, you’re dead. No lost health, no deduction of points, no warning. Just cold hard stone dead, instantly. And you can’t even, like any bird in real life, just sit still on the ground — that’s deadly too.

Part of it is also how stupid-simple the game looks. I mean, on first view, there’s nothing easier than Flappy Bird: tap to rise, don’t tap to fall. One control, one axis of motion, one thing to do. How hard can this be, our brains seem to say.

And part of is also how unbelievably difficult the game actually is. After probably an hour of dedicated effort, I think my high score is something like 10 or 12. (I can’t tell for sure, because my son managed 33 after another hour of frustration and futility.) 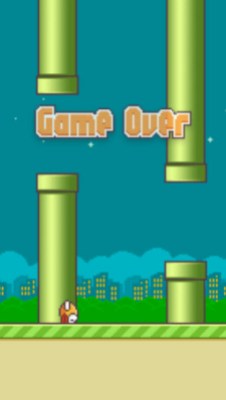 Alas and alack, we fail.

Odi et amo. Excrucior. I hate it, and I love it. And I am wracked.