Offerpal Media has raised $15 million in a second round of funding to continue developing its platform for generating money from social applications via advertising offers.

D.E. Shaw led the round and existing investors Interwest Partners and North Bridge Venture Partners participated. Anu Shukla, chief executive of the Fremont, Calif.-based company, said that the company will use it for expanding its sales and marketing, international business, and otherwise improve its core technology. Shukla said the company is profitable and doesn’t need the funds, but can use it to accelerate its growth and build a 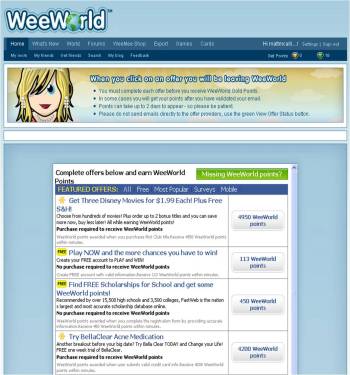 cash cushion during the tight economy.

Offerpal has an alternative monetization method, dubbed a managed offer platform, for applications like games on Facebook. It creates a virtual goods reward system for players to buy or earn Offer Points. They do so by accepting certain offers that arrive via advertisements embedded in games. You might, for instance, get an offer to fill out a survey. If you do so, you’re awarded points that you can spend to acquire things in the game.

The offers represent an alternative to banner ads and subscriptions in games. And they work pretty well for advertisers, who benefit from the direct action players take on the offers —  like signing up for auto insurance or renting a film from Blockbuster. A player may be playing a game for about 15 minutes when a message pops up with a link to earn points.

There are more than 2,000 offers in the company’s network of advertisers today and about 100 being added every week. Shukla said that Offerpal can now reach more than 50 million people in a month via these offers. It is available for games on Facebook, MySpace, Bebo, Hi5, the Open Social platform and other casual game web sites. More than 800 applications use it across 50 countries. One of the benefits is that OfferPal uses links, not actual ad inventory, to engage users. That means that the application makers can also take advantage of advertising in addition to using Offerpal as a monetization scheme. 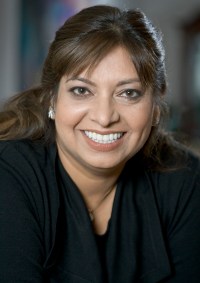 Shukla, who is on her third internet startup, said the company is also expanding into mobile platforms. The company was formed in June 2007 and raised $4.6 milllion in seed capital from Interwest and North Bridge Venture Partners. It has 35 employees in the U.S., 20 overseas, and has plans to hire 50 more.

Initially, Shukla said the company was planning to create its own offer-based applications for Facebook. But it decided to shelve those concepts and open up its platform to third parties who use the platform to monetize their fast-growing applications. Among the major users is (fluff) Friends on Facebook, and one of its big advertisers is Citicard, which uses Offerpal to get people to sign up for new credit cards.

Other partners include WeeWorld, Acclaim Games, and Aeria Games. The company recently announced the availability of its platform for the Apple iPhone. Offerpal’s average publisher payout is in the range of $150 to $200 eCPM, or effective cost per thousand impressions.

The new $15 million gives Offerpal a good valuation, thanks to its real revenues and solid profits, Shukla said. The company plans to expand in China and other parts of Asia. Rivals include Super Rewards of Vancouver.