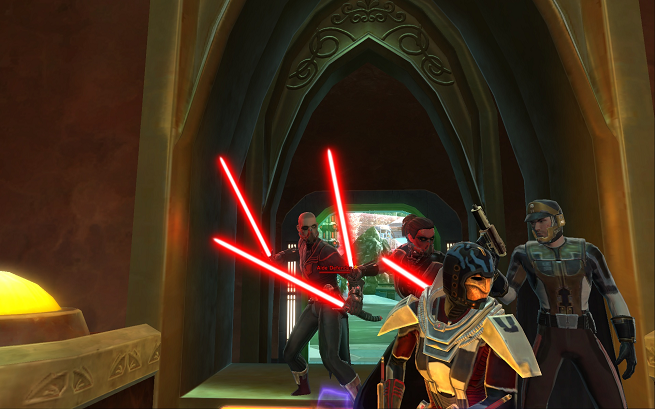 A service for transferring characters across servers in the massively multiplayer role-playing game Star Wars: The Old Republic launches in early summer, according to developer BioWare.

In the game’s latest community Q&A, BioWare Senior Producer Dallas Dickinson said the service’s early stages involve targeted free transfers on select servers. “That will be followed with a broader system where you can either take advantage of free promotional transfers to specific servers or paid transfers to the server of your choice,” he said. “We know everyone has more questions about character transfer, and we’ll reveal more details closer to the launch date.”

BioWare has kept a transfer service on its radar since The Old Republic launched on December 20, 2011. Last week, the developer claimed subscriber numbers, which reportedly topped 1.7 million in February, remain steady despite a decline in concurrent users during peak times. Lead Writer Daniel Erickson pledged the company’s resolve to doing “anything and everything” to boost concurrent users going forward.