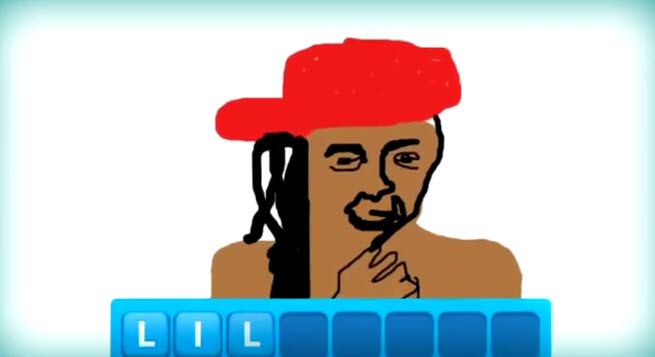 Zynga has dominated the top charts of Facebook games for what seems like forever. So it’s surprising to note that Draw Something from OMGPOP has taken the No. 1 position in terms of daily active users this week, according to research firm AppData, which counts users on both Facebook and mobile phones.

Draw Something has 10.8 million daily active users (DAU), while Zynga’s Words with Friends has 8.6 million DAU. Almost all of those Draw Something users are on mobile, while Zynga’s Words with Friends users are split between mobile and Facebook. For OMGPOP, taking the lead is a remarkable achievement, considering that Zynga’s games have dominated for so long and Zynga can cross-promote its top games to players of its other popular games to get a continuous stream of new users.

On a monthly active basis, Zynga is still No. 1, with CityVille at 46.2 million active users, while Draw Something is at 16.2 million monthly active users. Still, Draw Something has been coming on strong over the past couple of weeks. The title is like a turn-based version of the board game Pictionary. [Update: an interesting fact: if you play either game on mobile but do not log in via Facebook, then AppData does not count you as a daily active user].

New York-based OMGPOP has been making games for years and has more than 25 million registered users, thanks to the Pictionary-like Draw Something game. Dan Porter, chief executive, said in an email that the game has taken off “because it is a super social, out of the box, hilarious and totally fresh game that players love, has a sense of humor and lets the players own the game.”

He added, “We never tell them what to do. It’s their game, and it’s the game that people with only one game on their phone play.”

Users have generated tens of millions of drawings inside the game. It took nine days to get to the first 10 million drawings, but now the game is generating 3,000 drawings per second and more than 10 million per day. There have been more than 30 million downloads on mobile and 1.5 billion drawings created.

Almost all of the growth has been organic. At the outset, OMGPOP was spending some money to acquire users, and those users accounted for less than 5 percent of downloads. The real explosion of the game has been happening on services such as Twitter and Instagram where people are posting drawings and looking for matches. It is spreading via old-fashioned word of mouth. Half of those who use the free version are upgrading to the paid version.

The growth has caused the company to scramble. OMGPOP thought more people would use Facebook to log in and play games, but many people are instead creating new mobile accounts. And OMGPOP didn’t think people would play more than 99 turns in a game, so it limited the games to 100 turns. The company is also challenged to store all of the new drawings that are being produced every day.

OMG was founded in 2008, with an initial focus on socializing traditional arcade-style games on the web. As the traffic shifted to Facebook, so did OMGPOP. Now it has reoriented to create social game experiences on iOS and Android.

It will be interesting to see how long OMGPOP can stay on top and if it can use this opportunity to launch more hits.