Valve today updated its Hardware & Software Survey for August 2015, and the good market share news seen by Microsoft this past month is all the more apparent in the gaming world. Although Windows’ share overall dipped slightly on Steam, Windows 10 adoption has exploded into double digits.

In fact, although it’s only been available for over a month, Windows 10 already has more share on Steam than Windows 8, Windows Vista, and Windows XP. It is also unsurprisingly ahead of Mac OS X and Linux, neither of which gets much attention from gamers. All Windows 10 has left to conquer is Windows 8.1 (which it will easily do by the end of the year) and Windows 7 (will probably take a while longer). 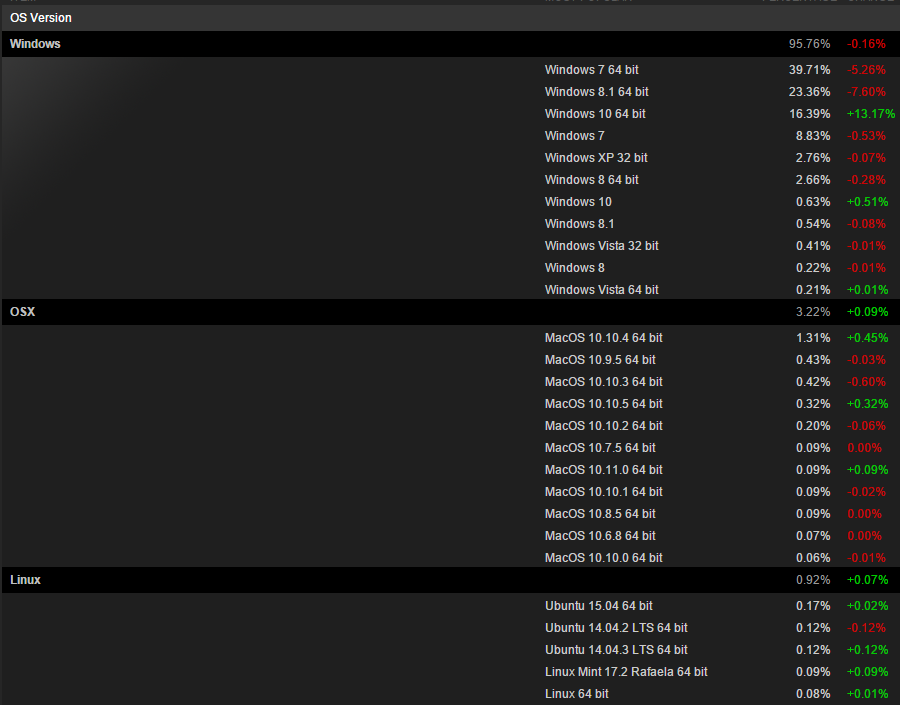 The fact Windows 7 fell so quickly under the 50 percent mark perfectly illustrates how eager gamers are to adopt the latest and greatest from Microsoft. We can’t help but wonder how many of the 75 million PCs already on Windows 10 are Steam users, but it looks to be a significant number. It would appear that gamers like free upgrades just as much as anyone else.