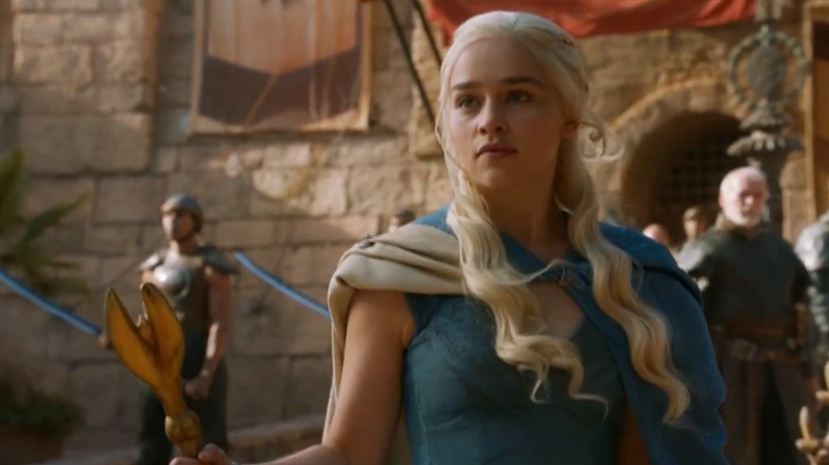 HBO’s Game of Thrones is a violent fantasy series with a huge production budget. That cash enabled the producers to hire a linguist to develop new languages for the fictional civilizations that populate the world of Westeros and its surrounding continents.

The linguist who created those new tongues, David J. Peterson, told media website Vulture that he had a lot of fun designing the flourishes that make up the High Valryian language that some of the characters from the southern islands speak on the show. He also revealed that at least one of the words he coined is a secret reference to Konami’s 1988 NES classic Castlevania II: Simon’s Quest.

Simon Belmont is the hero from Castlevania II. In the 2D platforming game, Belmont hunts down demonic creatures in his ultimate pursuit to destroy Dracula.

Belmont starts his adventure with a leather whip, but you can eventually upgrade it to a stronger chain whip.

Therefore, “belmon” is a reference to the chain whip that Simon Belmont carries in Castlevania II: Simon’s Quest.

Check out some characters speaking High Valyrian from the ending of the most recent episode of Game of Thrones. Spoiler warning: