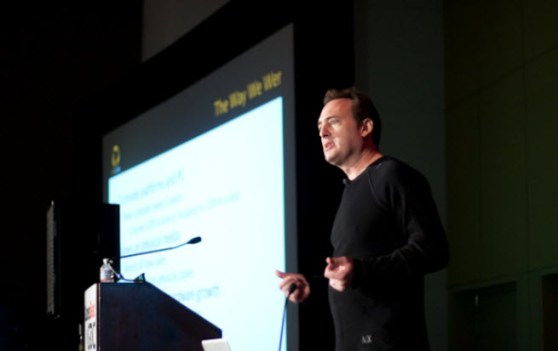 [UPDATE: This story has been updated from the original post]

Steve Perlman, the brilliant but often difficult founder of OnLive, has been ousted from the company he created.

OnLive announced that investor Gary Lauder, who stepped in to save the company from bankruptcy earlier this month, would be taking over as chairman of the video game streaming company. Charlie Jablonski, who formerly headed up OnLive’s operations, would become the company’s chief operating officer and acting chief executive.

OnLive pioneered the concept of cloud gaming, where users play games that run in faraway data centers. OnLive stored high-end games on its web-connected data center servers and executed the code on those machines. It then set video over broadband connections back to the user, who could display them on any screen that could display video, from an iPad to a TV. That enabled users to play high-end games on low-end computers or mobile devices. The technology enabled users to play games instantly, without having to wait for long downloads. But after two years of trying, OnLive only had 1.5 million active users. That wasn’t enough to pay the bills, and the company filed for a bankruptcy alternative on Aug. 17.

The filing angered employees, who, along with investors and Perlman himself, had their equity wiped out. They received no notice or severance, and this prompted a lot of complaints, particularly as word emerged that Perlman would remain with the new OnLive. Lauder put enough money into the new startup to acquire the assets of the old OnLive through a process known as the Assignment for the Benefit of Creditors, a state process that allows companies that are out of cash to sell their assets quickly.

In a Facebook group for OnLive’s employees, the topic came up about whether the former employees would work for Perlman again. Some said they would return to their old jobs at OnLive only if Perlman left. This may have put some pressure on Perlman to leave.

Perlman, who we recently called The King Lear of the video game world, departing to “work on his myriad of other projects,” the press release stated. That would include such promising early-stage technologies as Dido, which Perlman promises will achieve heretofore impossible data throughput speeds for wireless data. One former employee said it was the “beginning of closure” to see Perlman leave the company.

The full press release follows. We’ll have more details as we learn them.

OnLive, the pioneer of instant-action cloud computing, announced today that Gary Lauder, the lead investor in OnLive and the managing director of Lauder Partners LLC, will become the new chairman. The company also announced that Charlie Jablonski, the former head of OnLive operations, will become OnLive’s COO and acting CEO. Steve Perlman, OnLive’s founder and former president and CEO, is departing to work on his myriad of other projects. “Steve has created an extraordinary company that no one else could have created. He is a unique entrepreneur and deserves his legendary status in Silicon Valley as a creator of groundbreaking companies,” said Chairman Gary Lauder.

The new OnLive is emerging with greater financial security and a brighter outlook on the future. OnLive is now positioned to execute against longer-term projects with our breakthrough technology, products and services,” said Lauder, also adding, “I spent my first week with OnLive listening, to gather people’s thoughts and suggestions. It’s an impressive group, and I am even more convinced that this company is poised for greatness.”

The company plans to continue building the OnLive management team in key categories as the company delivers on its mission of breaking new ground in cloud services both for games and remote application delivery to thin devices, legacy platforms or any platforms with a fast connection. The new OnLive is looking to hire great people for the business development team, as well as a senior marketing leader