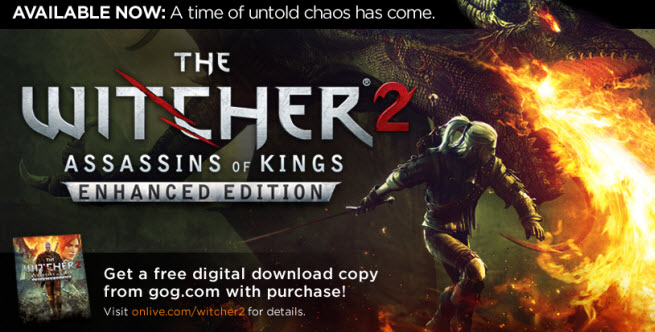 OnLive had a near-death experience last summer, but it is under new ownership and still evangelizing cloud gaming. Today, OnLive is announcing that it has cut an interesting merchandising deal with CD Projekt RED, the publisher of The Witcher game series. 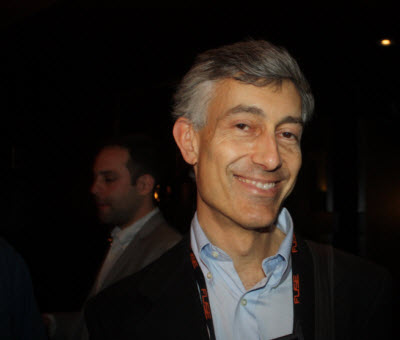 Everyone who purchases a cloud version (where the game resides on a web-connected data center and is streamed to players in the home) of The Witcher 2: Assassins of Kings Enhanced Edition will be entitled to a free downloadable version for the PC or Mac for offline play.

In 2011, OnLive offered a “free cloud copy” of Square Enix’s Deus Ex: Human Revolution to customers who purchased the retail game. The new deal is a variation on that.

OnLive is selling the Witcher game for $20, and it is playable anywhere a player can log into OnLive, which includes computers, laptops, web-connected TVs, and tablets. The player can also get a free digital download copy for a PC or Mac from www.gog.com to play offline. The game is also available as part of the OnLive PlayPack, which players can subscribe to for $10 a month for all-you-can-play access.

The Witcher fantasy role-playing game series has sold more than 5 million copies since launch. OnLive’s new owner is Gary Lauder (pictured right), its chairman. He took over after the company, founded in 2007 by serial entrepreneur Steve Perlman, hit the wall on its finances last August. OnLive once had more than 200 employees, but it had to shed those as it was sold. Now it has built back to more than 80 people.