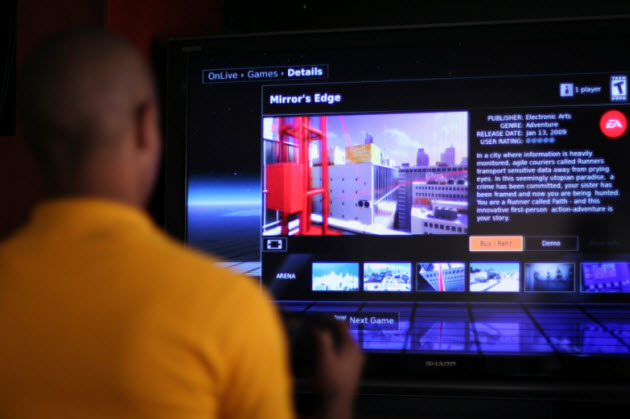 OnLive is announcing today it has raised a third round of funding from AT&T Media Holdings, Lauder Partners and its existing partners as it moves toward the launch of its video games on demand service, which will let you play high-end games with no special hardware.

The Palo Alto, Calif.-based company declined to say how much it raised. But Steve Perlman, chief executive and founder of OnLive, said in an interview that the round was large and oversubscribed. Rumors surfaced earlier this year that the company was seeking a $750 million valuation, and one venture capital source said that the final valuation was likely above $500 million. If the numbers are accurate, it would easily be the biggest game-related funding of the year. 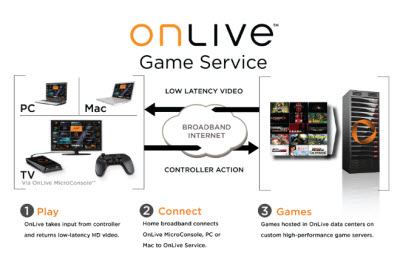 Other investors in the round include prior investors Warner Bros., AutoDesk, and Maverick Capital. The deal shows that OnLive has huge financial support, and it suggests that AT&T could be a backer of the OnLive on-demand service. Perlman declined to say if AT&T would be a partner in launching OnLive, but he said his company is working with investors who are “relevant partners.” The service, first described in March, will let gamers play server-based games. Those are high-end PC games that look visually outstanding, even though they are hosted on data center servers rather than on 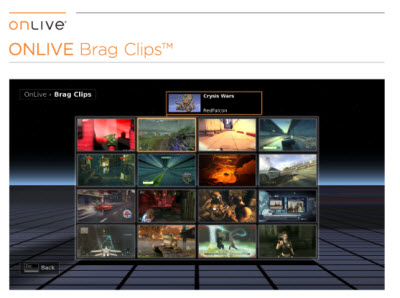 the players’ own computers. The service can cut retailers, and their profit margins, out of the picture. Coincidentally, the Game Crazy retail chain announced today that it will close 200 under-performing stores.

OnLive is in the midst of setting up a national network of servers that can handle the games. While the company leases those servers, the business is still capital intensive, Perlman said, which is why it needed the new round of funding.

Once gamers subscriber to this service, they can instantly play high-end PC games without waiting to download them to PCs. On top of that, they can play the high-end games even if they don’t have expensive computers. The service will work on just about any PC or Mac, or even on a TV set with small adapter box, dubbed a MicroConsole, from OnLive. You don’t need a game console or a high-end gaming computer to play. Among the new things you can do with this service is watch other gamers as they play live games. You can also capture video of your games and post them on your page as “brag clips.” Those videos capture your exploits of your best games, as illustrated in this screen shot.

As such, OnLive has the potential to turn the video game business, which is heavily dependent on selling $60 games at retail, on its head. Nine game publishers have agreed to make their games available on OnLive. OnLive’s services will include allowing gamers to watch others playing games live and instantly joining friends in matches. 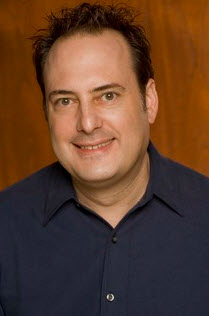 “Over the last decade, we’ve seen an enormous upheaval in the media business as the written word, photos, music, and video have been steadily moving away from physical media to online delivery,” Perlman (right) said in a blog post this evening. “One major category that still remains largely based on physical discs is fast-response interactive media — in particular, video games. And, of course, OnLive’s goal is to enable that last remaining transition.”

The plan is so audacious that it has attracted lots of skeptics. In the venture community, a number of game-focused VCs decided to pass on the deal because the valuation was so high. But it looks like Perlman got the valuation that he believed OnLive deserved.

“I invested in Steve’s prior venture, WebTV, and have found him to be a remarkable visionary and a great leader,” said Gary Lauder, managing partner at Lauder Partners. “He has assembled an impressive team.  I was already a believer in this paradigm of computing/service delivery and feel that OnLive is likely to succeed in a major way in its chosen domains.  I have read with some amusement the speculation on why OnLive can’t possibly work, and it amazes me how many ways new paradigms can be misunderstood.”

A lot of other rivals have surfaced. To Perlman, that validates the basic idea that games, much like other apps in the software-as-a-service vein, will move to servers. Rivals include Otoy, Gaikai, Israel’s Playcast, and even a new project being sponsored by Intel, which recently invested a small amount of money in Toronto’s TransGaming, which is working on a GameTree.tv on-demand games service.

But Perlman’s company has the biggest backers and momentum behind it in this sector. Rich Hilleman, chief creative officer at Electronic Arts, recently said after a speech in August that he was a big believer in OnLive and that it could change the business of video games.

Perlman said he hoped the backing from AT&T and Lauder would answer the skeptics. Perlman started OnLive in 2002 as a research project inside his research incubator, Rearden. Perlman’s previous companies include Mova, Moxi, Ice Blink Studios and WebTV. He also funded Android, which Google bought and used to launch its Android mobile operating system. 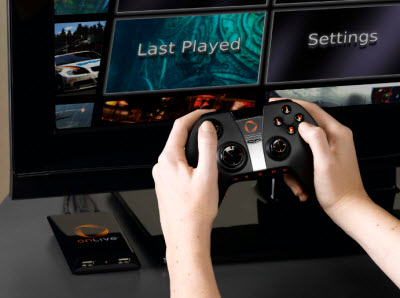 OnLive recently started doing beta tests of its service, which will roll out formally during the winter, Perlman said. That suggests the launch might happen in 2010 instead of 2009, but Perlman said the launch depends on how well the beta testing goes. Last week, he demonstrated the high-end game Crysis Wars at the MIT Emerging Technology conference.

Perlman said the company is filing for more patent protection and that proceeds from the funding will be used to bolster those efforts, as well as for the launch costs. OnLive already has more than 100 patents and patent applications pending. The company has more than 100 employees.