Oomba wants to make it simpler to run tournaments and leagues in the real world, be it board game events or golf matches. The company’s social platform helps you handle such complex tourneys with a smartphone. 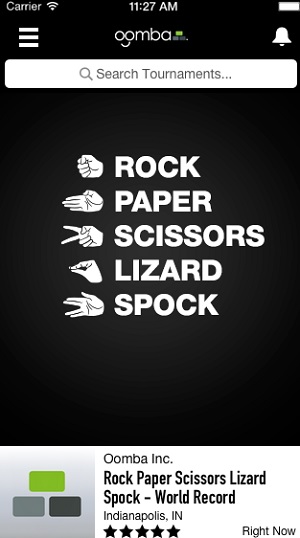 “We think of it as a tournament-management system in the sky,” said Michael Williams, the chief executive of Oomba, in an interview with GamesBeat. “We have found our niche. It’s the real world, and it’s bigger than the digital world.”

The company think it’s found something different here — it’s a field that has no real competition, especially in the digital world.

The Irvine, Calif.-based company has three major components. Oomba has built a social network for tournaments. It has created a livestreaming video site, and it has built a tournament-management system.

The company started to focus on a digital currency for games at first. But then it switched to the tournament idea in September 2012. The team figured that all tournaments that weren’t digital were essentially the same. So it set out to code the technology for a tourney system. It turned out to be harder than expected, but the team has finished the work and it is launching the system at the Gen Con board and role-playing game conference next week in Indianapolis.

At Gen Con, Mayfair Games will debut an app for running Settlers of Catan. Mayfair will use Oomba to manage its U.S. World Championship qualifying tournament for that strategy board game. Cryptozoic will use Oomba to introduce Adventure Time Card Wars. Cryptozoic will also use it for its DC Comics Deck-Building Game and The Lord of the Rings: The Fellowship of the Ring Deck-Building Game.

Oomba simplifies tournaments by replacing paper and spreadsheets with a cloud-based social network and a suite of mobile apps that aid in running large live tournaments.

“Most tournaments are still run using paper or tile cards,” Williams said. “The beauty of Oomba is you can use it for amateur sports, board games, real-world events, e-sports, or anything.”

Oomba has 20 employees and no obvious competition except old-fashioned methods for keeping track of scores and players in tournaments. Oomba previously launched its livestreaming site Oomba.tv in October 2013. It will use that to broadcast Gen Con activities over four days. 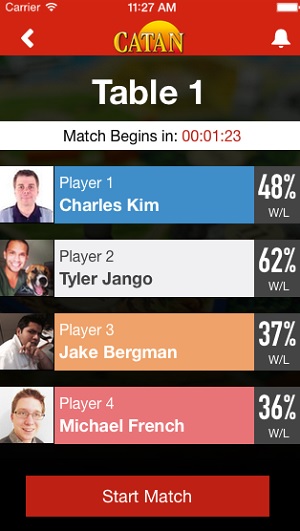 “Tournaments are an immensely important facet of hobby gaming, and we believe in what Oomba is bringing to the table with tournament management and live webcasting,” Mayfair Games president Larry Roznai said. “Oomba’s sophisticated platform that has been sorely needed in the game space for a long time now and will add a new level of excitement to our events. We hope to see this partnership and platform grow worldwide.”

“The versatility of Oomba in terms of tournament management, social media, and webcasting, is unprecedented,” said Nolan Bushnell, Oomba’s chief visionary officer, in a statement. “It is a game changer that allows players, fans, and hobbyists to focus on what is most important: the game. Our partnerships with Mayfair Games and Cryptozoic will be the first major show of how Oomba can revolutionize the space, and we cannot wait to head east to Indianapolis for Gen Con.”

Williams, formerly of Tremor (a video firm) and Planetwide (which streams radio and events online), started the company with Atari founder Nolan Bushnell.