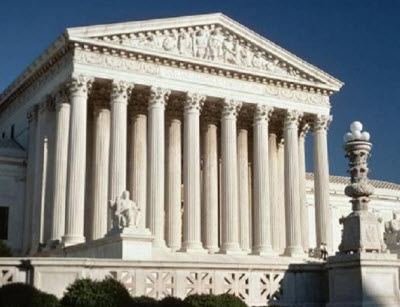 As the nation goes to vote, the divisive issue of video game violence has finally made its way to the U.S. Supreme Court, which holds oral arguments today on whether to uphold a California law on the matter.

Defending a 2005 state law, the opponents argue that violent games are as harmful to children as pornography or illegal drugs. They want to make it a crime to sell a violent video game to minors. The case is by far the most important legal battle in video game history, and its outcome could determine how the industry is regulated in the future and what kind of games video game creators will make. The game industry has lobbied against 230 bills and only nine laws were passed; all of those laws were struck down in the courts.

Thorough discussions of the matter have appeared in publications such as 1up.com, CNET, and Joystiq. And one of the best discussions of video game violence is contained in the film Moral Kombat, in which I have a role. We also laid out the issues in our own story from Sunday. The oral arguments aren’t broadcast live, but we’ll catch up with the attendees and observers later today; eventually, the high court makes an audio transcript available.

Here’s the summary from our previous analysis, if you want to catch up:

“The California statute is unnecessary, unconstitutional and would amount to unprecedented censorship of our First Amendment-protected speech,” said Michael Gallagher, president and chief executive of the ESA.  “For these reasons, a highly respected group of 182 civil rights organizations, elected officials, business groups, entertainment industry leaders, and social scientists filed amicus briefs asking the Court to strike down this law.”

he history of the violent video game legal battle: