A lot of the big games at last week’s giant Electronic Entertainment Expo tradeshow in Los Angeles focused on fancy graphics and lots of shooting, but Ori and the Blind Forest, an Xbox One exclusive coming out this fall, really stood out for me.

Technically, Ori does have incredible graphics and plenty of shooting, but it couldn’t be more different from your standard triple-A production. It’s a 2D platformer that focuses on exploration (a genre often called Metroidvania, referencing the two series, Metroid and Castelvania, that popularized these kinds of games). Instead of fancy rock textures and particle effects, Ori looks like beautiful cartoon brought to life, and you’re shooting balls of spiritual energy instead of bullets or grenades.

I checked it out and chatted with the producer, Daniel Smith. He explains how a cross-world team hopes to wow Xbox One players with a game that plays even better than it looks.

GamesBeat: I’d love to hear specifically, exactly what kinds of games and films inspired you.

Daniel Smith: Definitely Metroidvania-style games. If you were to look backward, games like Super Metroid and A Link to the Past. New games, Super Meat Boy, Shadow Complex, things like that. Really, the biggest things we’re hitting on here, we’re trying to craft platforming excellence. We’re trying to make the game feel better than it looks. It’s interesting. A lot of people say, “Oh, it looks so beautiful.” It’s like, “Well, our goal is to make it feel better than it looks.”

The other thing is the art style. We’re trying to do a very hand-crafted art style, not unlike something like [Hayao] Miyazaki, Studio Ghibli. The deeper RPG elements are interesting too. When he casts Soul Link, a spell that creates a waypoint for your character, you’ll notice that he’s able to go into a skill tree and obtain new abilities. 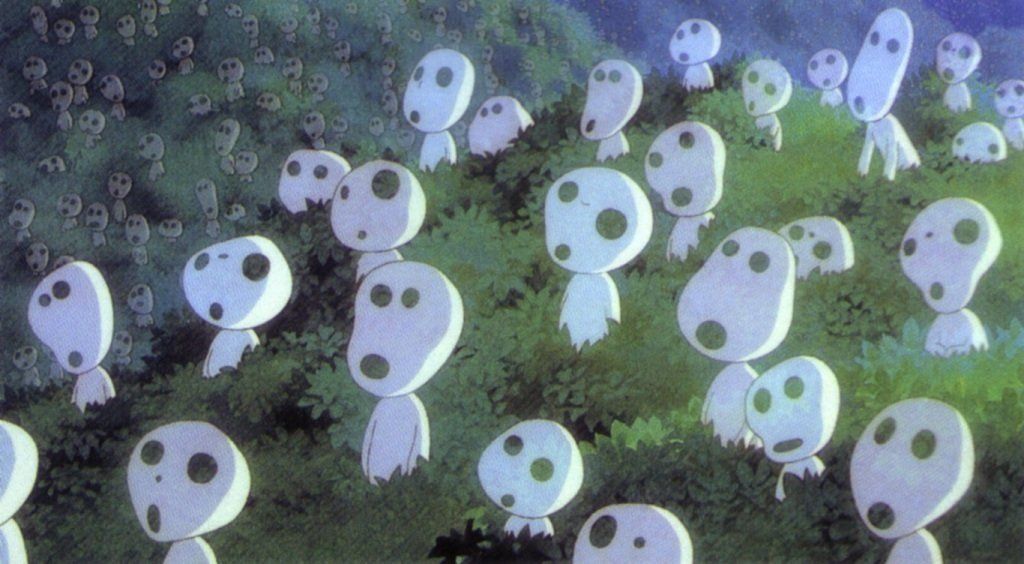 Above: Ori takes inspiration from the art of Studio Ghibli, the animation studio responsible for classics like Princess Mononoke.

GamesBeat: It has a progression system?

GamesBeat: Is it one big full map, like Super Metroid?

Smith: One big full map. Check this out. This is really crazy. We’re using some technology for continuous load streaming. No load times ever. Ever. 1080p, 60 frames a second, no load times ever.

GamesBeat: You’re set on all that. Very confident about it. “Read my lips: no load times!”

Smith: Yeah. I think that’s really exciting. A Metroidvania-style game just begs to not have any loading times.

GamesBeat: Yeah. It has to be seamless.

GamesBeat: Is that exciting for you guys? We all saw, with Braid and Limbo and Shadow Complex, that these 2D kinds of games have an audience again, and a platform again.

Smith: It’s exciting. Especially on Xbox One, we need a game like this. We really do.

GamesBeat: People look at this and say, “It’s a 2D game, but that was one of the most impressive things at Microsoft’s press conference.”

Smith: It’s very flattering, honestly. I’m going to be honest with you. We’re completely flattered by that.

[As we’re talking, a player in front of us is at a section of the game where he has to dodge a lot of projectiles.]

GamesBeat: That reminds me of some Mega Man stuff.

Smith: Yeah, right. Donkey Kong, right? [Developer] Moon Studios comes from humble beginnings. They’re a distributed studio. They don’t have a location. There’s no one building. They all work out of their own offices and living rooms and whatnot all around the world. Truly, all around the world. Vienna, Israel, Canada, Australia, the United States — you name it.

The best part about that is, they’re always available. I’m the producer at Microsoft on the game. These guys, literally, you’d think no one ever sleeps. There’s always somebody available from Moon that I can talk to about doing something with the game.

GamesBeat: So you’re the producer, you’re talking to these guys constantly. You’re the liaison between all these teams and Microsoft?

Smith: That’s correct. Yeah. It’s a big challenge, getting through a full milestone process with a publisher. We help them with that. We have internal designers, also, like Craig Lee. He’s a fantastic designer. He helps these guys with their game. But for the most part, Moon Studios, they’re just masters of their craft.