Electronic Arts is bringing one of the best deals in gaming to PC players.

The game publisher is starting a new service called Origin Access. For $5 per month, subscribers will get three main perks from this premium membership .The first is what EA calls “The Vault.” This is where the company makes full versions of some of its catalog releases available for all subscribers. Origin Access will launch with 15 games in the vault — and not all of them are EA games. Members will also get the chance to play EA PC releases early. The saved games from those sessions will carry over into the final release. Finally, Origin Access subscribers will save 10 percent on all Origin purchases. The publisher sees this service as a way of using its library of content to generate revenue from people who buy games in a variety of different ways. 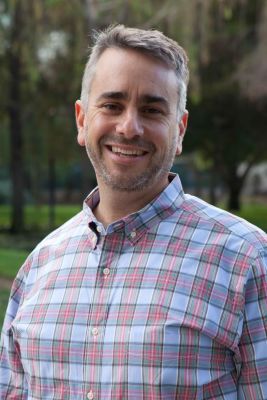 “We like this idea of constantly innovating for different types of players and the different ways they like to discover games,” EA chief marketing officer Chris Bruzzo told GamesBeat. “Origin Access — much like EA Access on Xbox One — brings a subscription service to PC gamers. It’s a lot like the way consumers have come to engage with other content services for music, TV, and movies.”

EA has already found some success with this sort of thing before with the aforementioned EA Access. This Xbox One-only service, which also costs $5 per month (or $35 per year, which is an option Origin Access won’t have), has given subscribers an instant library of games, discounts, and early trials. The company has never shared numbers for how well this is doing, but it has said, vaguely, that it is doing well.

“Whenever you have a population that wants to have a diverse library to explore and wants to be in a service where there’s new content being added all the time — that’s become really powerful,” said Bruzzo. “We love that idea, and we’re bringing it to PC games.”

And it’s a deal that is hard to pass up. For $5, you instantly can add all of the following games to your library:

That last game, This War of Mine, is especially notable because it signifies that EA is going to take Origin Access beyond the scope of its own games. This could turn Origin Access into something that is more akin to a PlayStation Plus or Xbox Live Games With Gold programs, where players get all kinds of games at no extra cost on a regular basis. And they could come from companies other than EA.

“You can expect us to do with Origin Access what we do with the rest of Origin,” said Bruzzo. “We’ll find great games from great developers and include those in the service.”

It’s easy to see how this will start to appeal to all kinds of different players. Bruzzo notes that they’ve seen people come to EA Access who want access to the Vault and others who only want the discount and the early trials. But over time, Access begins cross-contaminating consumers. And the deal-conscious player may end up spending money on a new game because they downloaded it as part of the trial.

“The pattern is that people come for The Vault or they come for the Play First trials — those are the two kinds of players,” said Bruzzo. “But even for both of those kinds of players, they have a much higher likelihood to buy the full version of a game or to play games that are part of the subscription service.”

Bringing that to PC could give players a huge reason to engage with EA’s Origin on a regular basis. And that — along with the subscription revenues — is one of the goals here.

“We find that this super-additive,” said Bruzzo. “We love that full community of players who want to go to GameStop and buy a game on launch day. But we’ve learned from EA Access that a huge community of players don’t need to play a game on launch day. They want play a wide variety of games. So coming to The Vault for one low price, they can have access to all kinds of games across all kinds of genres. There’s something in there for everyone.”