Gearbox Software started production on Aliens: Colonial Marines back in 2007, and after a torturous five-year development cycle pockmarked with delays, layoffs, and more delays, it finally comes out Feb. 12. But it started, like a lot of things do, with a list.

“We’d just finished our first Brothers in Arms game,” says Randy Pitchford, the cofounder of Gearbox Software. After years of playing in other company’s properties — most notably creating side-story games in the Half-Life and Counter-Strike franchises and porting Halo to PC for Microsoft — Gearbox finally took a chance on its own property. Brothers In Arms: Road to Hill 30 was a World War II first-person shooter in a market already over-saturated with World War II first-person shooters.

The risk paid off.

“It was a big success,” says Pitchford, “Sold 3.2 million units — this is 2005, so that’s a lot — lots of 90-plus reviews. So we had all this credibility, all this new experience, and now we had resources.

“We decided we were going to do more Brothers In Arms, and we were also going to create something original that no one else was doing, and that’s what led to Borderlands. The third thing we decided was that we should work with someone else’s property that we liked. It’s fun to create original things, but there’s a lot of awesome stuff in this world that’s just a joy to work with. It’s one of the reasons why we created Gearbox.”

So much awesome stuff, in fact, that picking their targets wasn’t easy. “We put a list together,” says Pitchford. “Brands and properties that it would just be incredible to do something with.” 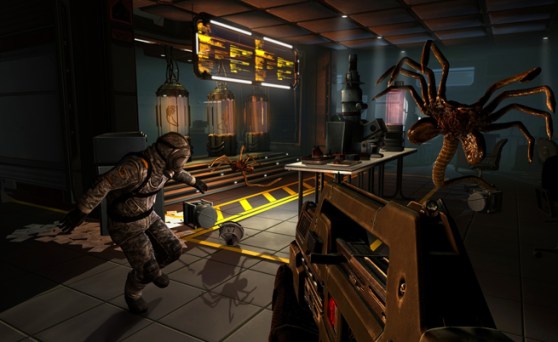 Blade Runner earned a spot on the list. So did Michael Mann’s Heat, and Pitchford secured a license to adapt Mann’s epic heist film into an epic heist game. “I think there’s value in that set-up, where it’s less about being stealthy and more about the plan. I wanted more of a brute force approach.” Pitchford also wanted to present both sides of the fight — the heavily armed thieves and the police called out in force to stop them.

Heat: The Game never materialized, but Pitchford still had his first choice left. “Aliens was at the top of our list.”

Pitchford’s partner, Brian Martel — who’d put Blade Runner on the list — scored a meeting with the man behind both properties, director Ridley Scott. “They talked about Blade Runner, and they talked about Aliens,” says Pitchford. “During the meeting, Ridley took out his original, hand-drawn storyboards for the film, blew the dust off this book that probably hadn’t been looked at for 15 years, right? They just nerded out together, talking about this universe that Ridley created.”

“Brian discovered all kinds of interesting things,” Pitchford adds. “Things I’d been wondering about for a long time. It really just invigorated us and got us excited, and it also proved that there could be a path to making a game.”

Approaching the talent side definitely provided a geeky thrill, but Gearbox still didn’t have a license, a publisher, or a game. A year later, in 2006, that all changed when an offer came in from an entirely different direction. 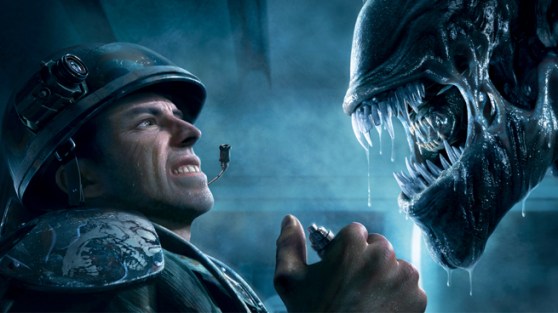 “We’d been flirting with Sega for a while and imagining what we could possibly do together,” says Pitchford. Then out of the blue, a Sega rep approached them. “He said he’d been in discussions on the business side for Aliens, and he believed he could make that work out. We were like, ‘Whoa, no way!'”

In an amazingly rare moment of corporate symbiosis, the creative and business angles suddenly aligned and struck a deal. Gearbox got the full go-ahead from film studio 20th Century Fox to build a canon sequel to the movie narratives. Two years after making the list, Aliens: Colonial Marines went forward in 2007, with Mantel directing. Multiple delays would push its development out to nearly five years, but Pitchford’s first pick has finally become a real game.

“It was like a dream come true,” he says.

Aliens: Colonial Marines releases Tuesday for Xbox 360, PlayStation 3, and PC with a Wii U port to follow.