Osmo has created some of the most creative apps for children with its augmented reality platform for the iPad, and it is launching another such game today called Osmo Coding Jam.

The title incorporates the familiar Osmo system to combine music and computer programming. The system uses a mirror to point the iPad camera in front of the iPad, where it applies computer vision to see blocks that a child puts in front of it. In this case, the blocks are used to program musical notes.

“We wanted to bring creativity to coding,” said Pramod Sharma, the CEO of Osmo, in an interview with GamesBeat. “I see myself as a creative coder. We think the future is about coders and that music is very creative and a very powerful medium. We try to bring them together in this product.” 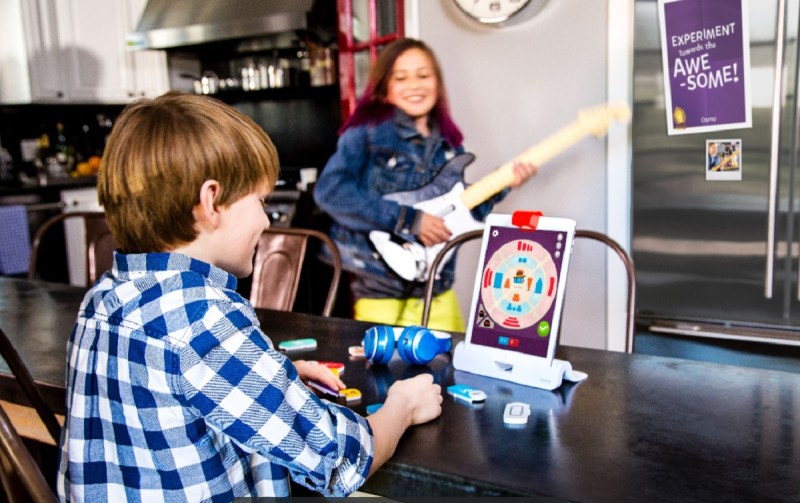 Above: Osmo Coding Jam brings out the creativity in kids.

Thomas Edison played the piano, Albert Einstein played the violin, and recent research found that on average, high school students who studied music appreciation scored better on the SATs, both in the verbal and math sections. Osmo Coding Jam puts the arts in STEM to create a STEAM-based experience that promotes creative problem-solving.

Osmo Coding Jam is a hands-on learning experience that uses Osmo’s proprietary Reflective Artificial Intelligence to turn the area in front of an iPad into a play space controlled by physical blocks. In other Osmo games, you throw blocks in front of the iPad, and it uses computer vision to recognize them. With Coding Jam, a child can put down the rudimentary elements of a computer program, such as a loop.

Each physical block that a child puts down will trigger an on-screen sound. The child can snap blocks together to create longer jam sessions. To add complexity, the child can store code into subroutine blocks and use nested repeat blocks to re-create patterns found in music. You can also add chord progressions and layer jams on top of each other.

An open-ended music studio with dozens of characters and instruments, Coding Jam is intuitive enough for a 5 year old but offers enough complexity for a 10 year old to master and mix intricate compositions. It will sell for $59.

Osmo is the first brand from Tangible Play, a company founded in 2013 by former Google engineers Pramod Sharma and Jerome Scholler. Their games are used in more than 22,000 schools, and Osmo is sold in more than 50 countries. 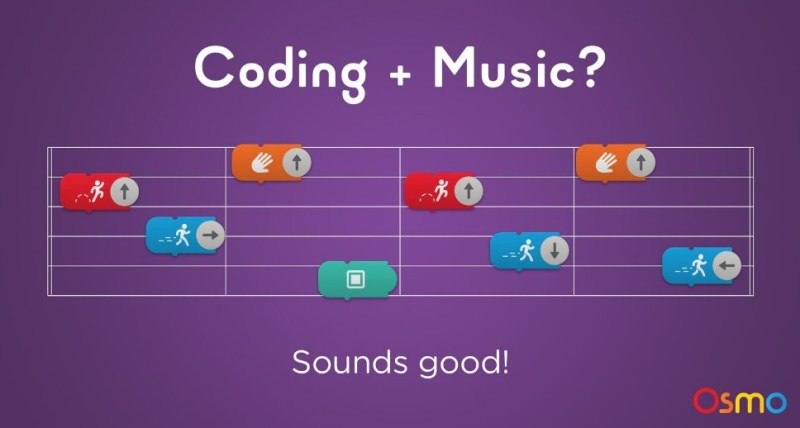 “They can all join together in a band, and you can save it as a jam,” Sharma said. “You can collect jams and put them into what we call Jam TV.”

Osmo worked on the game for about a year, and it required a lot of content. It is the company’s fifth try at making a music game, and it is the first one it has published.

“We call this creative coding,” Sharma said. “It has been an amazing journey. As we build Osmo, it is clear to me this is a new medium.”

Osmo has more than 65 employees, not counting contractors. In December, Osmo raised $24 million from Mattel and Sesame Street.