Osmo, the company that creates cool iPad apps that interact with physical objects, is now tackling one of the toughest tasks in modern education: teaching kids to program. For that purpose, it has created Osmo Coding. 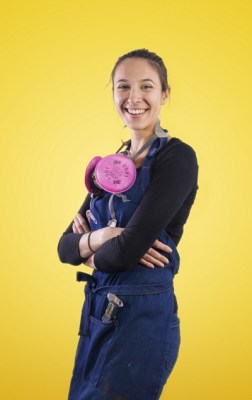 Above: Ariel Zekelman is a co-creator of Osmo Coding.

The title is the latest in a serious of iPad educational games that the Palo Alto, Calif.-based startup has created in an effort to reinvent how children learn. Osmo’s past titles — which teach kids how to read, draw, manipulate shapes, or solve math problems — are being used in thousands of schools around the country. Using nothing more than an iPad and some blocks, Osmo Coding can teach computational thinking. Its simplicity makes it appropriate for kids ages five to 12 to learn coding.

Osmo Coding works much like the previous apps. You attach Osmo’s reflective mirror to the iPad and activate an app that taps into Osmo’s artificial intelligence technology. The app uses computer vision to analyze the scene and see the blocks that you place in front of it. In this case, the blocks serve as commands for a computer program. The child puts down blocks in a sequence, then presses a “play” button on a green block, and then the program executes on the screen of the iPad. You can use the blocks to make a frog-like character, Awbie, move around an environment. Children can program Awbie to shake trees, munch on strawberries, plant flowers, or tickle other characters. They can do just about anything in the freeform world.

“Congress is talking about making coding mandatory. With kids, it’s very important to introduce it right,” said Pramod Sharma, CEO and cofounder of Osmo, in an interview with GamesBeat. “Coding is nothing but putting things together to tell a computer what to do. The good coders efficiently tell a computer what to do. Putting things together like Lego bricks is very intuitive for children. So our goal is how do we build a Lego-like intuitiveness into a rich coding language in a physical space.”

Osmo Coding’s unique blocks are the brainchild of Ariel Zekelman, a 23-year-old industrial designer at Osmo. A recent college graduate, she had some insights that proved to be very useful in making Osmo Coding more intuitive and inexpensive. Rather than put smart electronics into small toys, Osmo created relatively dumb blocks. But they were color coded. So when the iPad’s camera looks at them, it understands what computer function that the child is trying to create. A red block can perform one kind of command, and a green block can do another. Kids can get fairly sophisticated using Boolean (if-then) commands.

And Zekelman’s design also economizes on blocks. If you want to do a command over and over again, such as get a frog to walk a number of spaces, then you simply use the move command and then put a yellow number on top of it, indicating how many times the command should be executed. The move blocks also have directional arrows that a child can reset, so a single block can be used as a command to move a character in any direction. So the blocks don’t have to be computerized, and there don’t have to be a ton of them. You can also add a loop block to get a command to be done over and over.

That allows Osmo Coding to sell for just $49, rather than $200 like some educational products, Sharma said.

The product will be available in Apple retail stores on June 1.

“The question is: ‘What are the fundamental blocks of coding?'” Sharma said. “It is a thought process. But if you put things down physically, you can understand the concepts easily.” 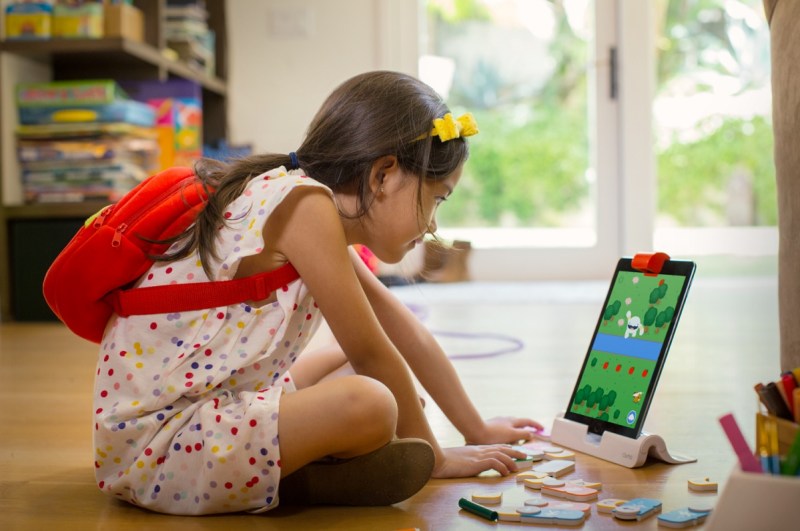 The Palo Alto, Calif.-based Osmo team isn’t a bunch of gamers. They’re a bunch of former Google engineers who have long wanted to create different kinds of games. They want to create educational games that children can play without any concern about how much they are playing. They’ve been making games for younger kids that teach how to read, do math, and even draw. But Sharma views this project as something of a departure for Osmo. It is based on a concept dubbed “tangible programming,” which has been studied for a long time.

“We’ve been working on this project since the summer of 2014,” Zekelman said. “We were very passionate about it. We worked with a Northwestern University professor, and the ideas are based on 20 years of research. We took tangible programming and made it work in an intuitive way with the Osmo system. We changed the idea when we came to Osmo.” 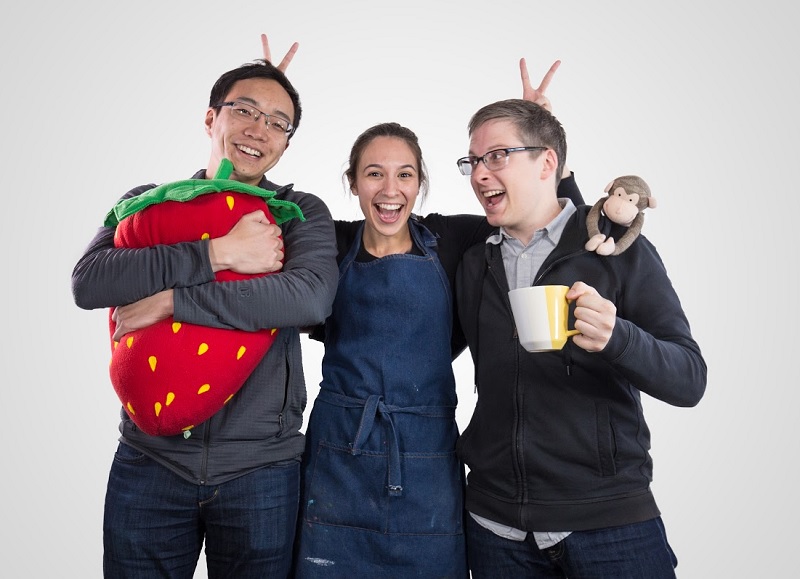 Above: The Osmo Coding team.

Sharma said, “This started with academic people who appreciated what Osmo could do. The challenge has always been that they try to do block commands using electronics. That gets very expensive. For us, with the blocks, there are no electronics at all. The real magic here is that the kids can use their hands to do the coding. It’s much more accessible as a product, like Legos.”

Lego, in fact, teaches coding to kids using the Lego Mindstorms Robot kids, which can cost around $350. You can connect Lego bricks together to make the robot, and connect functional blocks together on a computer to program the robot. But, as noted, Osmo Coding is a lot easier.

Osmo now has 38 employees, and it raised a $12 million round back in 2014 from investors including Accel Partners, K9 Ventures, and Upfront Ventures. Under the name Tangible Play, Osmo went through the Stanford University-affiliated StartX Summer 2013 accelerator class. The founders include Sharma and Jerome Scholler.