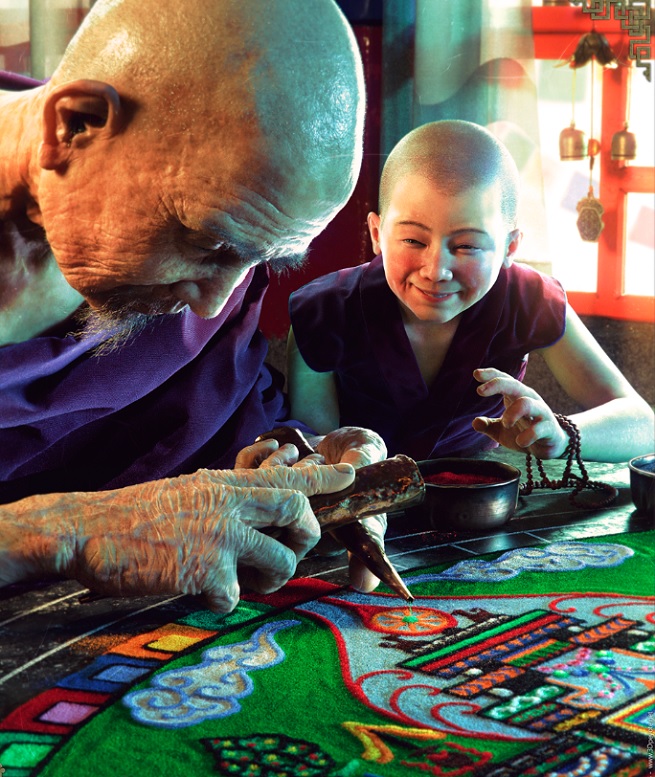 Urbach: It’s exciting to get these pieces in place. It’s good timing, with Gear VR launching soon and Project Tango launching soon. There’s a desire to see high-end graphics in the cloud in a way that we never had a demand for before with cloud gaming. You had a pretty good experience on your PC or console. With VR, it’s a completely different world. And it’s not just VR. The way we’re looking at it, there are lower-latency experiences you’re going to need for things like Project Tango and AR and other things that make all this much more interesting and compelling.

It’s thanks to Amazon that we’ve stepped over some of the pitfalls that OnLive hit, where they invested in all this infrastructure and GPUs. We had Amazon willing to do that for us. With X.IO we can launch worldwide and do permanent pricing and scale it as high as we want. A big part of what we’re doing is also supporting existing partners like Oculus, who invested in us to deliver apps for the cloud. We’re building this backend for them. We’re mixing games, app streams, and higher-quality GPU ray tracing all together. The more customers and usage we get, the cheaper the whole service becomes.

We have our very first partner on the VR side that we announced last month, which is Warner Bros. We’re doing the Batman animated series rendered in the cloud with the service for Gear VR.

GamesBeat: When you say that the more people you get, the cheaper the service becomes, does that mean Amazon is giving you a better rate?

Urbach: Yes. Right now we’re paying on-demand pricing. We just launched, so we don’t know how many customers we’ll have. We’ll get a good idea eventually. But if we get 100 percent usage between render jobs, we can lower the price by half. If we have less usage than we’re expecting , we’ll probably lose money, but I don’t think that will be the case given how many customers we have on Octane who can use the service, as well as how many Gear VR experiences we expect to stream. The tricky part is getting permanent Amazon costing in place – being able to move from one session to the next and do that very quickly.

We’ve also added storage options. You can pull in files from Dropbox or OneDrive or any of these other third-party storage services. If you’re using things like Photoshop or Autodesk, all of that will be supported. The big piece is moving toward light field streaming. That’s the next frontier in rendering and cloud graphics. 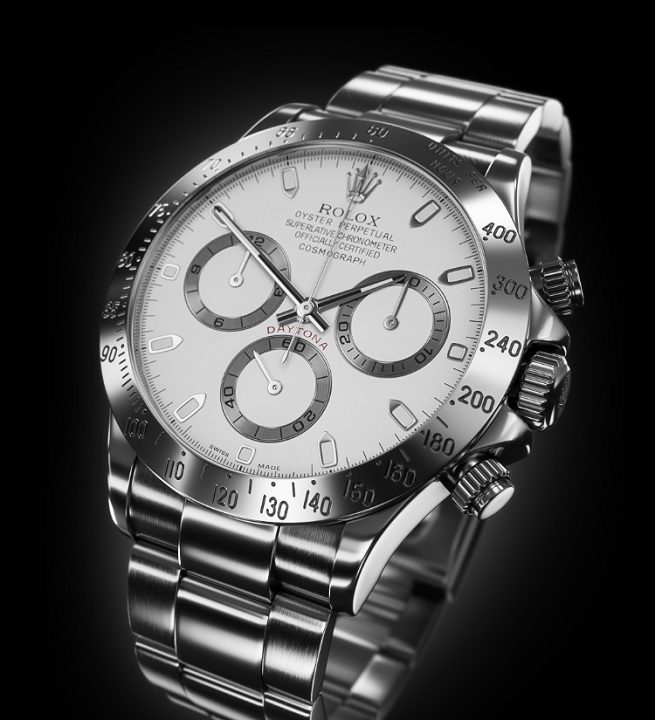 GamesBeat: What are some things that will be possible when all this stuff is in place?

Urbach: The first thing that’ll happen is, the case for doing ray traced graphics, whether it’s mobile or the web or even PC, becomes much more tenable. You can have a huge amount of graphics power in the cloud for pennies per minute and deliver those experiences. They don’t have to be long, 60-minute experiences. I imagine that for VR on mobile, a 10-minute high-quality experience is the equivalent of going to the arcade and putting 50 cents in something that’s better than what you could get on your home console.

The second thing is, for virtual reality cinema where we have huge amounts of rendered frames – that’s what we’re doing for Warner Bros. – we can have terabytes of light field data that’s stored in the cloud and rendered in the cloud and delivered in this small panorama round view. You can deliver experiences that look photo-real, that don’t cost more to render, and that are essentially linear.

As far as the apps go, the entire reason why Autodesk invested and wants to move apps to the cloud isn’t just getting rid of having to download the app to your PC. It’s that once you have Max or Maya in the cloud, you can tap into 30 GPUs and get this high-end rendering to happen in real time. That changes the entire economy of scale well beyond what you could do by just place-shifting your apps.

Those are the main areas that I see being disrupted by having cheap on-demand access. For developers, it changes the way that you can think of delivering apps. Being able to stream something to a browser is the ultimate goal that we’ve had. There’s no store that stops you from doing it. Apple is one of the most complex app stores there is, one of the most demanding. You’ll be able to deliver Unreal Engine 4 content for anything that you can imagine.

GamesBeat: I visited the Second Life guys recently. They’re working with OnLive to get Second Life viewable on an iPad for a fee – a pretty hefty fee, if I remember. But they’re also toying with Oculus quite a bit. Whatever they’re doing with their next generation, they’re doing that in VR.

Urbach: It’s compelling to stream it if you can deliver way better graphics. Second Life is designed to run on your home computer, so putting it in the cloud, to me, isn’t that compelling. You have mobile devices that can probably render Second Life just fine. You need to go to a new level of rendering quality. That’s where being able to do the ray trace stuff in the cloud makes a lot of sense.

There are lots of ways to make this model more efficient. If you create your room in Second Life and then turn that into a light field, you don’t need to re-render. You can navigate through that light field very inexpensively. That becomes a pretty compelling experience. That’s where I think the future is headed for these kinds of virtual worlds.

I don’t think anyone else is doing anything like this. We’ve been working closely with a lot of people who are connected in these spaces – Google, Oculus. We’re pioneering at this level. We’re focused on developers and content creators more than creating a portal, especially given that the end result of our service is that you get a link you can embed in your own app or web page and do what you want with. We don’t get between you and the customer. That was a mistake that OnLive made early on that caused a lot of friction. We make money just by taking a piece of the Amazon cost. It’s a cost-plus model.

At some point there’s a turnover where, even if you manage to replicate everything we did with Amazon, on-demand pricing will be more expensive than what we’re doing at scale. We can go below that. That’s a pretty good model. It’s a win-win.

GamesBeat: The timing is interesting. How fast is some of this stuff coming?

Urbach: The launch of X.IO is now. People can start publishing apps today. It’s available almost worldwide. South America isn’t covered. Pretty much everywhere else in the world is. The pieces that go beyond the traditional stuff — if you want to push your Unreal Engine 4 game, all that works now, even with a joystick. Going beyond that, when we support VR or light field stuff, that’s probably a few months down the road.

We’re timing that next generation of our service to coincide with the launch of Gear VR. Probably before the end of the year, you’ll have the ability to stream in VR mode. I don’t think the DK2 is our target. The first consumer device is going to be the Samsung Gear VR. That’s the first piece of VR that you can really buy.

The other option is Google Cardboard, which seems to be getting more excitement from Google’s end, but I think it’s not a joke. You can have a real casual experience buying something at Barnes & Noble for a dollar, putting it over your phone. We’re going to support that as well. We have an Android app that will run in VR mode for the Gear VR, but it’ll also support Google Cardboard. There are like five people making adapters for iPhones, so it’ll do VR mode even on that. But the best experience for VR, the special one, will be Gear VR. That’s where it’s so low-latency that you get a better experience than even on Oculus. I imagine there being some interesting experiences possible in Google Tango, which is not quite VR, but as you move your tablet, move your view through the scene, you get to slide into this virtual world.

Even without VR, one texture from a holographic stream means you just look at it like you’re looking through a window. This is using the DK2 tracking. I put the goggles on my head and had my iPhone next to me. This is to show the effect. Inside the VR thing, it’s like you’re looking through a window. This effect is super cheap. It can be decoded on any device. One frame is like a hologram. It blows open the door to all sorts of crazy stuff, because all these streams I’m showing you, when you have just one frame of it, you actually can look around. If the Internet’s bad, you still have the ability to have presence.

It looks photo-real. This is our renderer running on X.IO. You can set up this scene and build it in Max or Maya, also in the cloud. Once it’s done, you get back a stream that’s sent down as a panorama that you saw before, but this type of panorama, even though it’s cut off at the top and bottom, has the ability for you to move around in it. That’s the magic of holographic streaming that we’re excited to launch.

We have the decoder working on PC. We’re working on a decoder for mobile devices. That’s it. This is also awesome for Project Tango, which is exactly this effect. You have the tablet moving through space, and as you move it, you’re moving through that holographic stream, or even one frame. This is exactly that. We send the coordinates to the server. The server sends one frame. That’s the one frame, and even without sending another one — it’s also double-sided. If you flip around you can see it from the other angle. It’s the first tech of its kind, that can stream a hologram down.

You can also store it offline. For one meter by one meter of holographic volume, it’s 64 megabytes. That’s not very big. A PNG that’s a panorama is 12 megabytes. It’s pretty small. Maybe four or five times more than a 2D PNG. Video is also something that we’re supporting. We’re working on doing live capture. I don’t know if you saw our Light Stage stuff, but we’re adapting that light field recording technology so we can record holographic, volumetric information and put that in the cloud and stream that down.

There’s a lot of sports leagues that are interested in this technology. They want to tap into VR and next-gen experiences. We’re covering that as a superset of what we can do with this kind of streaming.