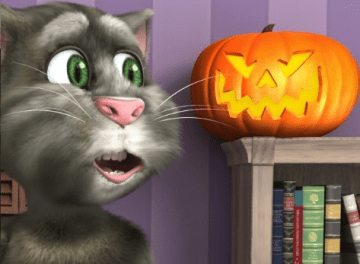 Outfit7, creators of the “Talking Friends” mobile games, announced today it has seen 225 million downloads only 5 and a half months after announcing 100 million.

Talking Friends is a set of mobile applications catering to children. These friends come in a variety of animals and fantasy creatures that “listen” to what a child says and repeats the statement. You can make recordings, play with each character’s unique features and buy outfits.

Since the launch of Talking Tom (pictured right) in July 2010, Outfit7 hired on talent agent Ari Emanuel to take these characters from the smartphone to the silver screen, among other media channels. The company is trying to take a Pixar-like approach to its characters, making them appealing for children of all ages. Also since launching, chief executive Andrej Nabergoj left Outfit7 and remains quiet about his endeavors. But the company, with its new executive chairman Narry Singh, believes its latest numbers will boost its growth beyond the mobile grid.

“These numbers are getting us into a very different stage and kind of company,” said Singh in an interview with VentureBeat. “Our users’ lives are obviously not just on the smartphone.”

With Emanuel on board, Outfit7 is executing plans to extend the characters to books, television, movies and more. At the same time, Singh believes the next wave of children’s entertainment may not go from big screen to small, but the other way round. Specifically, we’ve seen Angry Birds creator Rovio team up with streaming television set-top company Roku to bring the popular mobile app to TV.

“We fundamentally believe that for the next Harry Potter … the likelihood of it coming from the mobile market will be much higher than traditional ways,” said Singh.

The company has seen monthly active users triple to 60 million and revenue continues to grow. It has users in over 100 countries, 51 percent of their audience has downloaded 2 or more apps, and 20 percent have downloaded 4 or more. Indeed, the end goal is to have the Talking Friends take on a Pokemon-type model: Gotta download ’em all.

Outfit7 hopes these numbers will help it reel in more attractive partners in the entertainment sector and expects to make more announcements about its progress with Emanuel as well as which new media channel the Talking Friends will appear in first in the coming months.