[Update: Ouya has now raised $2.956 million, as of 9:50am today (Wednesday). The console’s designer Yves Behar just finished speaking here at MobileBeat in SF. The project was at $2.85 million before he got on stage  just 20 minutes before.]

Apparently, gamers are ready for a new kind of console. After only being on the crowdfunding site Kickstarter for less than one day, the Android-powered open gaming system Ouya received over $1,425,000 from backers. The pledges are amazing, considering its 30-day goal was $950,000. 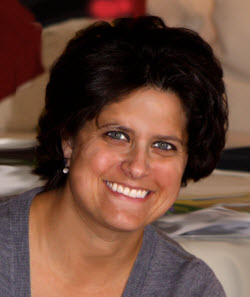 “We never anticipated that it would blow up like this.” said Ouya founder Julie Uhrman (pictured right) in an interview with GamesBeat. “I mean, we had early support from developers and game industry veterans that an open game console was a great idea, and that it was the right time since there were given no big hardware announcements at E3 and this being the last years of the console cycle. We’ve certainly been blown away by the level of this excitement and support for Ouya. It’s been just an unbelievable day.”

[Editor’s note: Yves Behar, the famous industrial designer who created the look of the Ouya box, will be speaking at 9:20am Wednesday morning at our MobileBeat conference in San Francisco]

Traditional gaming consoles, like the Xbox 360 or the Nintendo Wii, have always been closed platforms, meaning developers have to use expensive development kits to publish games. The Ouya is open, which means anyone can release a game on it, and the consolemakers even encourage hackers to meddle with the hardware.

“We’ve internally always called this the people’s console,” Uhrman said. “And that was one of the reasons we wanted to take it to Kickstarter so quickly…to get the support and feedback of gamers and developers as we continue to develop the product and take it to market. We always said that if there was a strong sign of demand, we would really change the world, and that if people wanted this, they would come out in droves.”

The project is on track to outdo its initial fundraising goal by a significant factor, giving Ouya a lot of bonus money to spend on its ambitious device. Still, the company is not sure exactly what it will do with the extra funds.

“We have a lot of ideas of what we’d like to do,” Uhrman said. “Obviously, we’ve been focusing specifically on building a great product and bringing it to market. The success of the Kickstarter has been incredible and unexpected, and we are definitely going to think about what we can do from a stretch goal perspective and what more we can do and still deliver on our promise of Ouya.”

The Ouya is currently scheduled for a March 2013 launch with a price under $100. Uhrman said, “Our goal is to bring it to consumers as inexpensively as we can.”