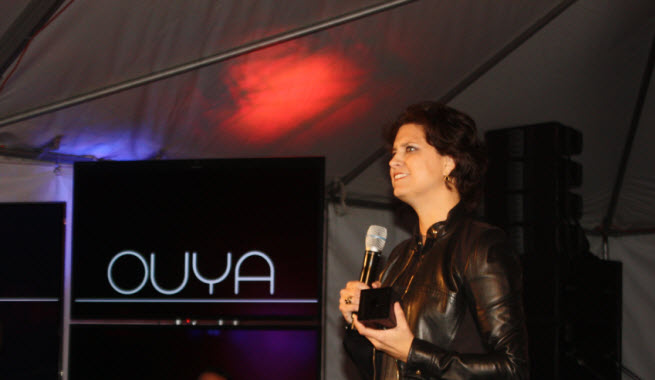 Ouya is just a kid on the block alongside the game consoles from Nintendo, Microsoft, and Sony. But it’s graduating to a higher level today as the maker of the $99 Android game console is announcing that it has raised $15 million from the world famous venture capital firms Kleiner Perkins Caufield & Byers and Mayfield Fund. 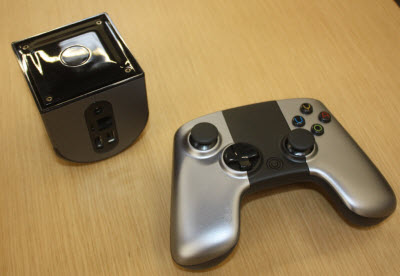 To better stock shelves in advance of its retail launch, Ouya is also delaying the retail release of its console by three weeks until June 25, said Julie Uhrman (pictured above), the chief executive of the San Francisco company, in an interview with GamesBeat. Bing Gordon, a partner at Kleiner Perkins and the former chief creative officer at Electronic Arts, is joining Ouya’s board.

“This allows us to do more and get more units into retail quickly,” Uhrman said. “Our demand is already beyond expectations. That’s a great problem to have, but it leads to a need for cash.”

It’s a pretty big leap to move from Kickstarter, the crowdfunding platform where Ouya raised a record $8.6 million last year, to partnering with a couple of Silicon Valley powerhouses. Kleiner Perkins has invested in more than 700 ventures (including Amazon, Electronic Arts, and Google), and its portfolio companies have held nearly 200 initial public offerings and created more than 375,000 jobs.

Other investors include Nvidia, Shasta Ventures, and Occam Partners. Ouya’s plan is to disrupt the game console business. It plans to do so by using open-source software on inexpensive, Nvidia Tegra-based hardware that runs Android games from the mobile world that you can play on big-screen TVs in the living room with a game controller. Ouya has been shipping consoles to players who preordered the system since March.

Uhrman said the company will use the money to create more hardware units to meet demand for the upcoming retail launch in the U.S., Canada, and United Kingdom. Ouya will also pour more money into support for its growing game development community. 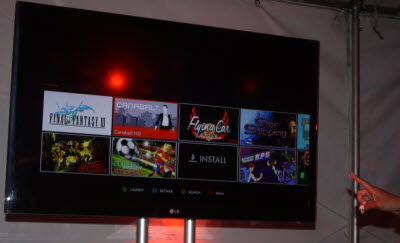 The funding could still fall very short of what it takes to launch and market a game console. Gordon said in an interview that he has considered that possibility. But he chose to invest in Ouya because he was so impressed with Uhrman, whom he described as “scrappy, fun, energetic, committed, and succinct.” He was also struck by the success of the Kickstarter campaign, which was polished and exceeded all expectations. The crowdfunding set a record and showed that there was both developer support and consumer desire for an alternative, indie-focused game console, Gordon said.

“And what put me over the top was seeing the commitment from game pioneers like Brian Fargo and Tim Schafer,” Gordon said. “I had this nagging feeling that the game industry didn’t offer a good enough home for them. So many young students are also having a hard time finding a home in the game business. They want to do games like Miramax movies instead of documentaries or epic Hollywood blockbusters. Ouya could be that center for this generation of talent.”

(Miramax Films, founded by Bob and Harvey Weinstein, was an indie film company that produce low-budget but high-quality films like Sex, Lies, and Videotape and The Crying Game).

More than 12,000 developers have registered to make an Ouya game. Gordon and the other investors bring mainstream credibility to Ouya, validating its business strategy and vision. Ouya, dubbed the People’s Box, is hackable and accessible to gamemakers. But it is up against three console makers that typically spend hundreds of millions of dollars bringing their new systems to market.

Gordon, who also sits on the board of Amazon and Zynga, said he believes that Ouya has a good niche. It has a chance to deliver a new kind of experience, particularly indie games that wouldn’t have a chance to debut on the other consoles. Ouya games are free to try, and any developer can publish a game. More than 120 games are already available, and more are coming from Square Enix, Double Fine Productions, Airtight Games (with a title coming from Portal creator Kim Swift), and others. 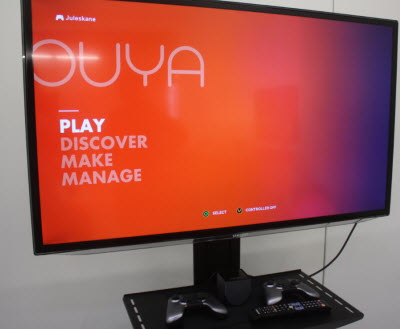 “It looks like a console, but it is really an Android iPod with extensions for a game controller,” he said. “The consoles are immersive, but they didn’t replace the PC gaming business.”

On top of that, Uhrman said she doesn’t think that Ouya competes with the three main console makers. Asked if she thought Nintendo’s weakness with the Wii U would work in Ouya’s favor, Uhrman said, “We offer something so different.”

Gordon said, “I think the game business is getting bigger rather than smaller. There is a niche in the accessibility of web games on the TV, with low overhead for the dev system, easy to understand, and rapid upgrades. The indie developers don’t need $100 million to make their games. Miramax was winning a lot of the Oscars on low-budget films. You and I remember a time before the PlayStation, when the Sega Genesis launched in the U.S. and it took six months to make a game. There was no TV advertising, and Sega didn’t spend much.”

Ouya recently had a big party at the Game Developers Conference at the headquarters of  Fuseproject, the design studio run by Yves Behar, who designed Ouya. Gordon was there, talking with Tim Chang, a partner at the Mayfield Fund. At the time, I didn’t think anything of it. Gordon joins Uhrman and Ouya chairman Roy Bahat on the Ouya board.

Chang and Gordon were also investors in Ngmoco, a mobile gaming firm which was acquired by DeNA in 2010 for up to $400 million. Back then, Chang was at Norwest Venture Partners. But Chang and Gordon are getting back together to bankroll Ouya.

Uhrman said she was proud of what Ouya has done so far. She said that early indications suggest Ouya’s popular games will include Polarity, Final Fantasy III, and League of Legends. Gordon said the company has become a beacon for talent, such as Kellee Santiago, the former chief executive of Thatgamecompany, the maker of Journey. Santiago serves as the head of developer relations.

“We might be the only company that started with crowdfunding and then landed a lot of venture capital,” she said.

Here are Uhrman’s words at the Ouya launch.