I played the beta test for a few hours to get the feel of some of the maps and two of the four classes of characters. Here, I’ll talk about the seven maps, the four support characters, and all five members of the offense available now in the beta. Up next, it’s defense — highly interesting group, that — and tanks. 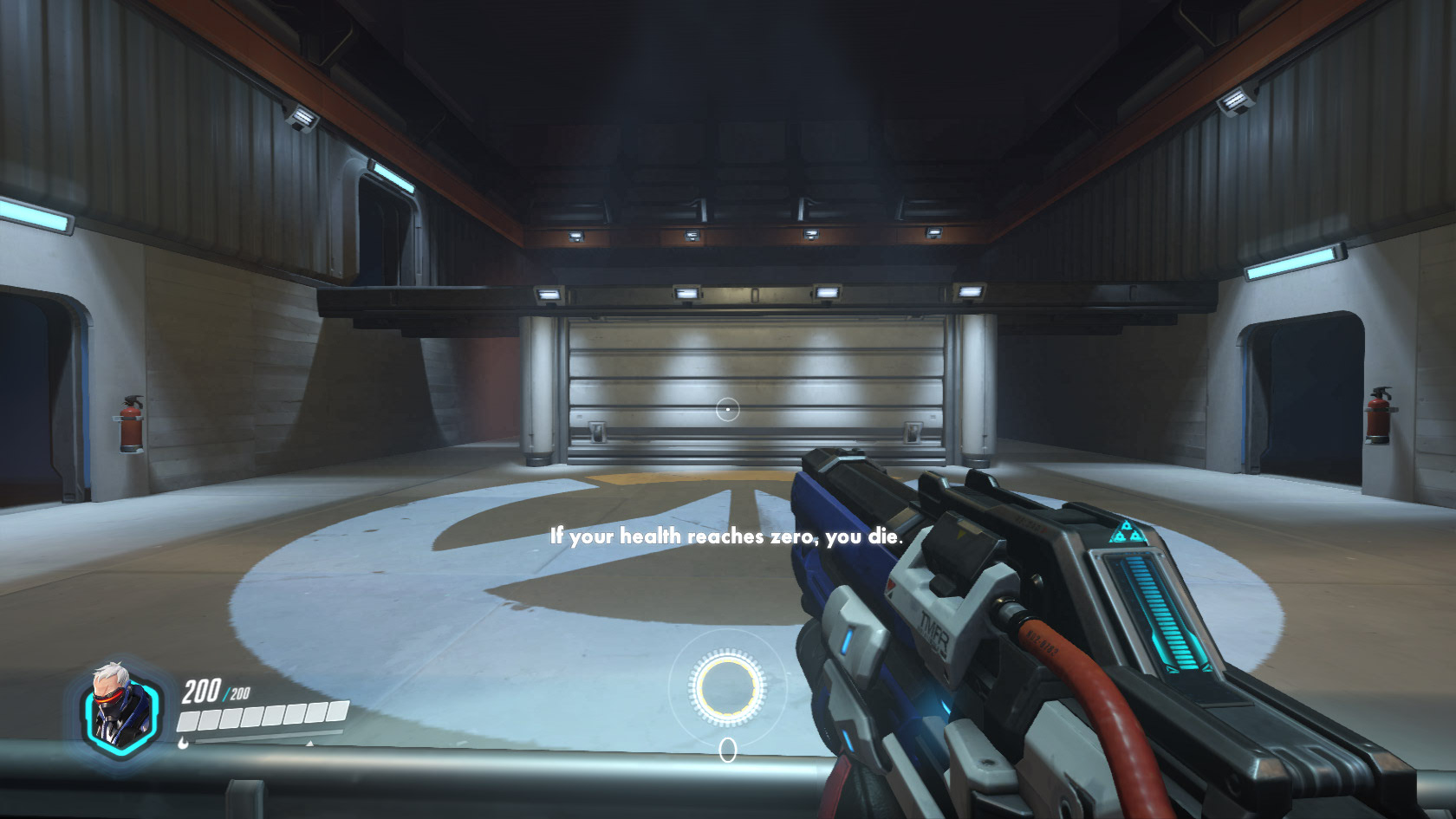 Above: Now that’s some helpful tutorial advice, right there: “If your health reaches zero, you die.”

Overwatch is fast-paced, with matches lasting as little as 10 minutes. You choose from 18 heroes — five offense, five defense, four tanks, and four support/healers. You can change your mind as to which character you’ll play any time you’re at the spawn point, even in the middle of a match.

An exceptionally basic tutorial (let’s learn how to use the WASD keys) suggests that Blizzard is hoping Overwatch will attract new players to team shooters in the same way that Heroes of the Storm appeals to players less invested in MOBAs and Hearthstone: Heroes of Warcraft has with collectible card-battlers.

Each Overwatch hero has a different, limited lineup of abilities: typically a primary/secondary attack, some kind of burst movement type, a special attack, and an ultimate ability unlocked by dealing, healing, or absorbing enough damage. In addition, characters move faster or slower than each other, and may have significant differences in firing speed, accuracy, damage, types of weapons and the like. 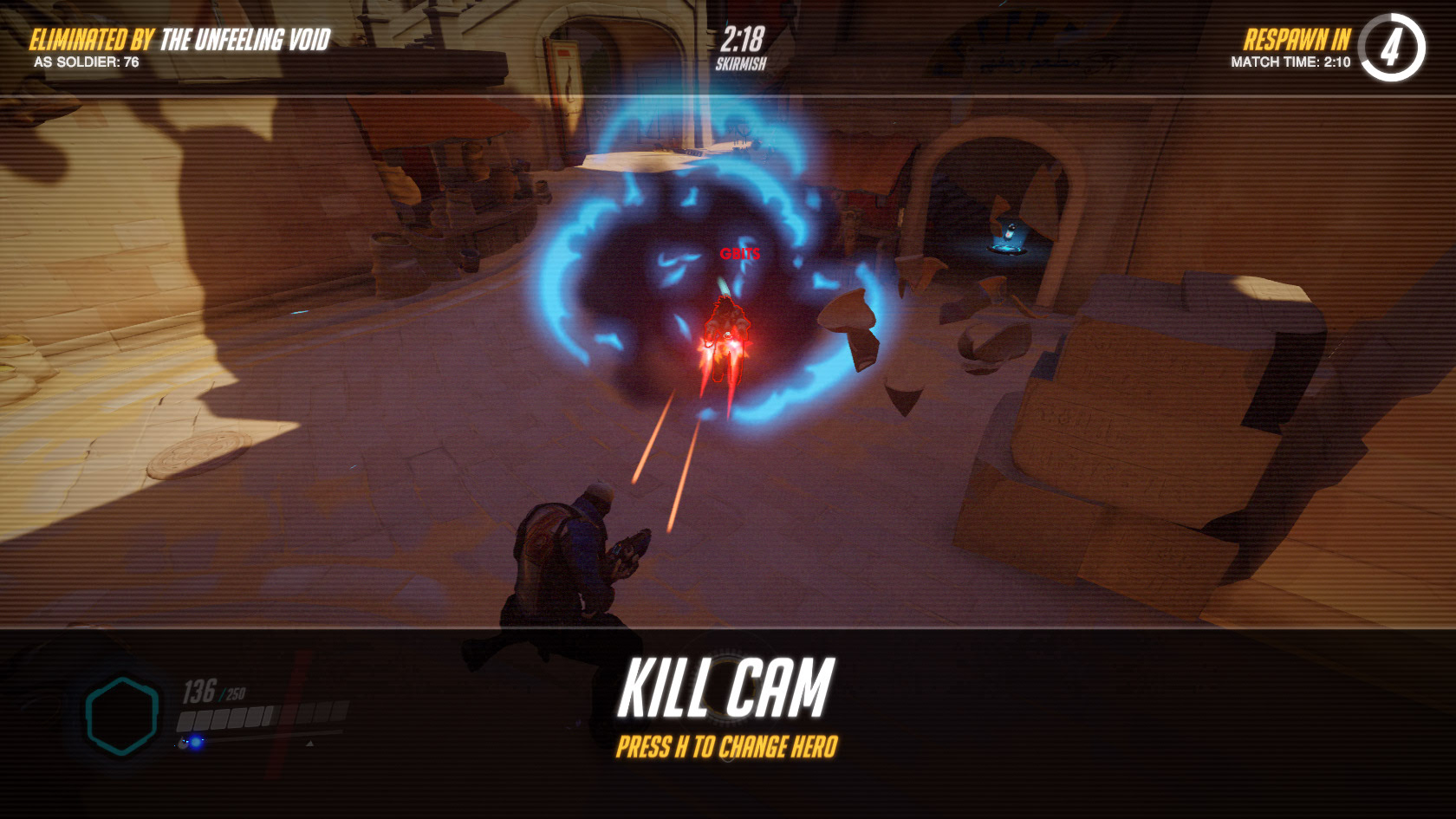 Above: Play poorly and you’ll get to see your character like this.

Headshots receive a considerable damage bonus, which makes the strategy of whom to choose even more interesting.

The weapons and abilities are part of the characters, and you can’t change these, at least for now. That means if you want to swap styles in midgame, you don’t swap equipment — you swap the entire character. Blizzard’s gameplay trailer does a nice job of showing off the ultimate abilities.

All the characters have their own personalities, such as their look and feel and moves or the amusing dialogue options they chirp in your ear as you play.

For now, there doesn’t appear to be a way to level up the characters you play, or change their power. Everyone is on the same field. In many ways, Overwatch feels more like a first-person MOBA than a traditional team shooter.

The game modes themselves are both familiar and simple, at least thus far — there’s a whole lot of point defense and capture. That makes the character mechanics what drives the game at this point. Fortunately, they already provide a lot of interesting ways to play. 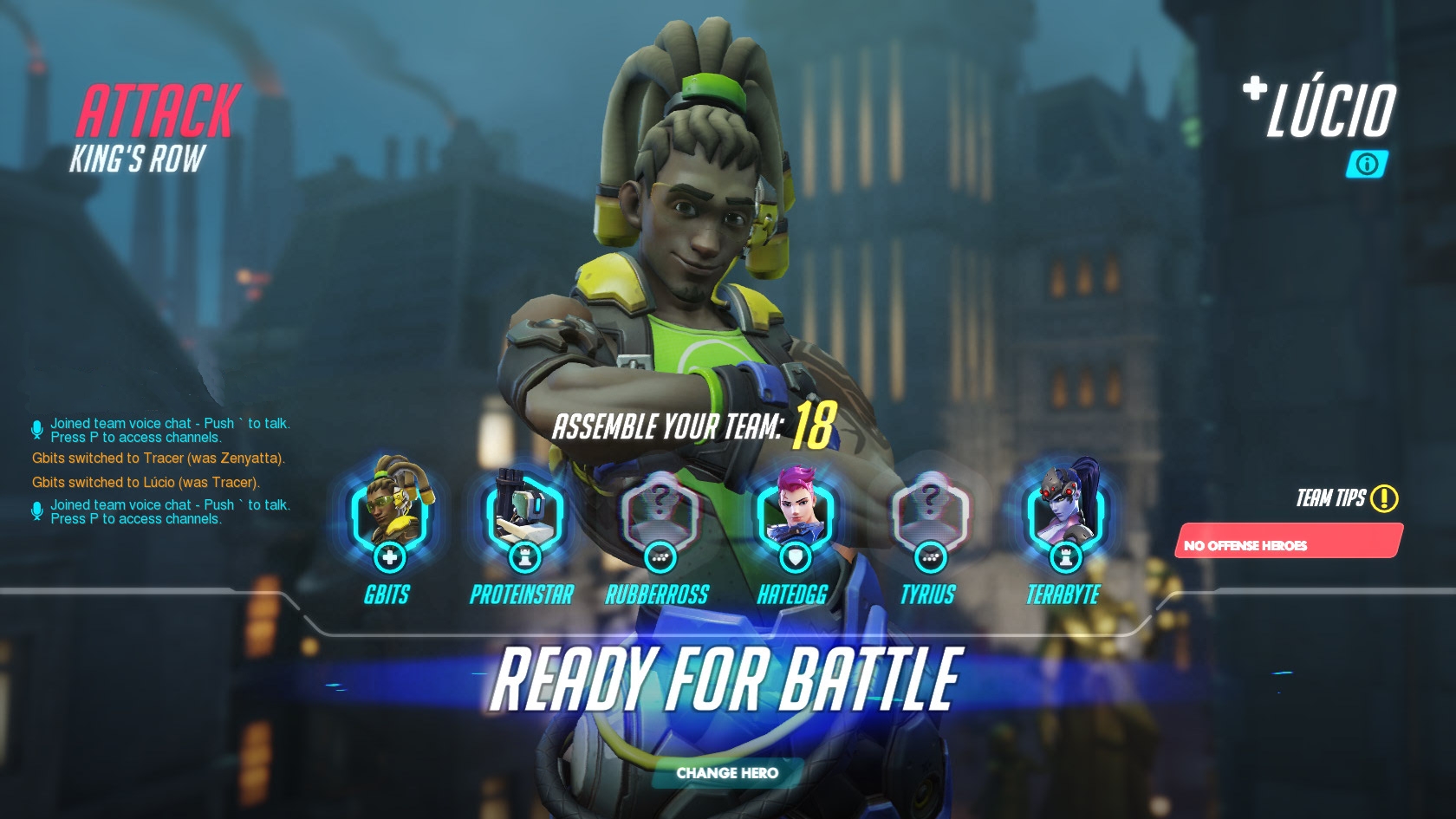 Above: Venturing into combat with no offense: my team is definitely NOT ready for battle. 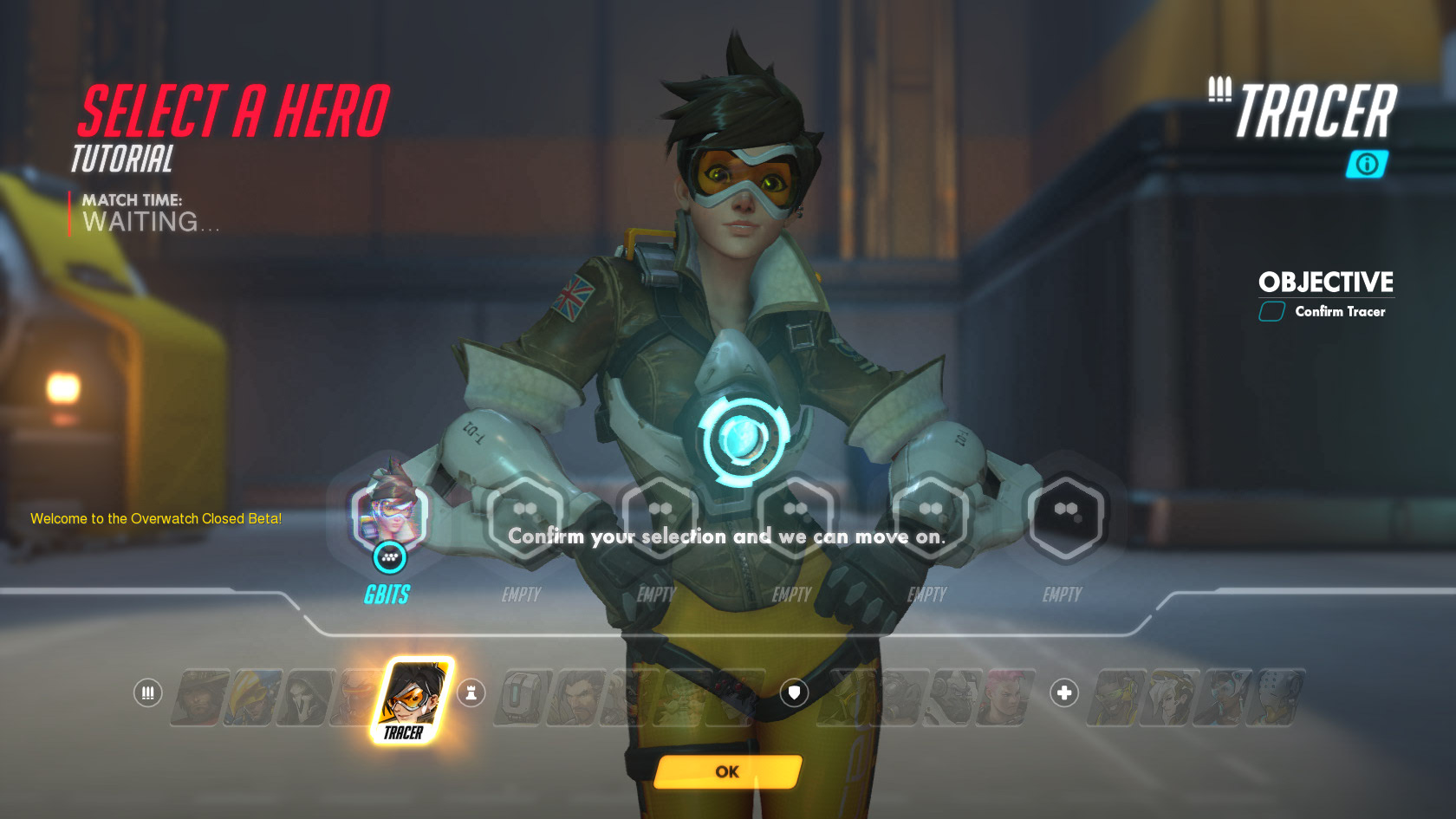 We’re just going to get zippy sci-fi chick Tracer out of the way first, because I’ve been looking forward to playing her since the much-hyped BlizzCon Overwatch trailer last fall.

She is every bit as maneuverable as that video suggests. While she doesn’t pack much of a punch with her dual short-range pistols, she is the fastest and hardest to hit of the lot. Able to short-range teleport — a Warcraft mage-style blink move — every few seconds, she can also rewind her own time stream if she makes a mistake that leaves her at low health. 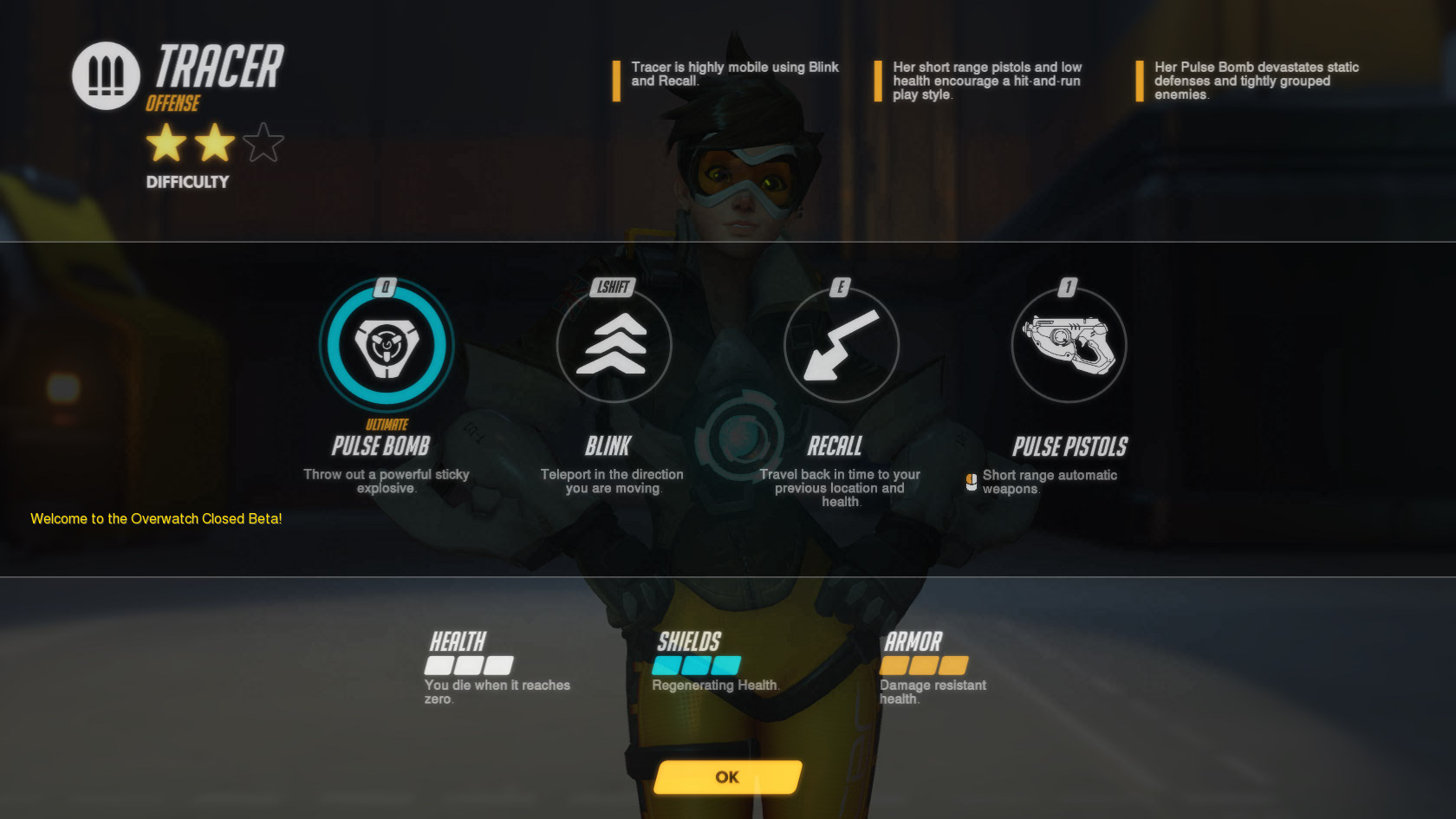 Tracer runs quickly as well, which makes her a hoot to move around with. At the moment, her damage feels just slightly undertuned; most characters are safe ignoring her, which is a shame.

Blizzard ranks the playing difficulty of each character in Overwatch; they give Tracer two of three stars. 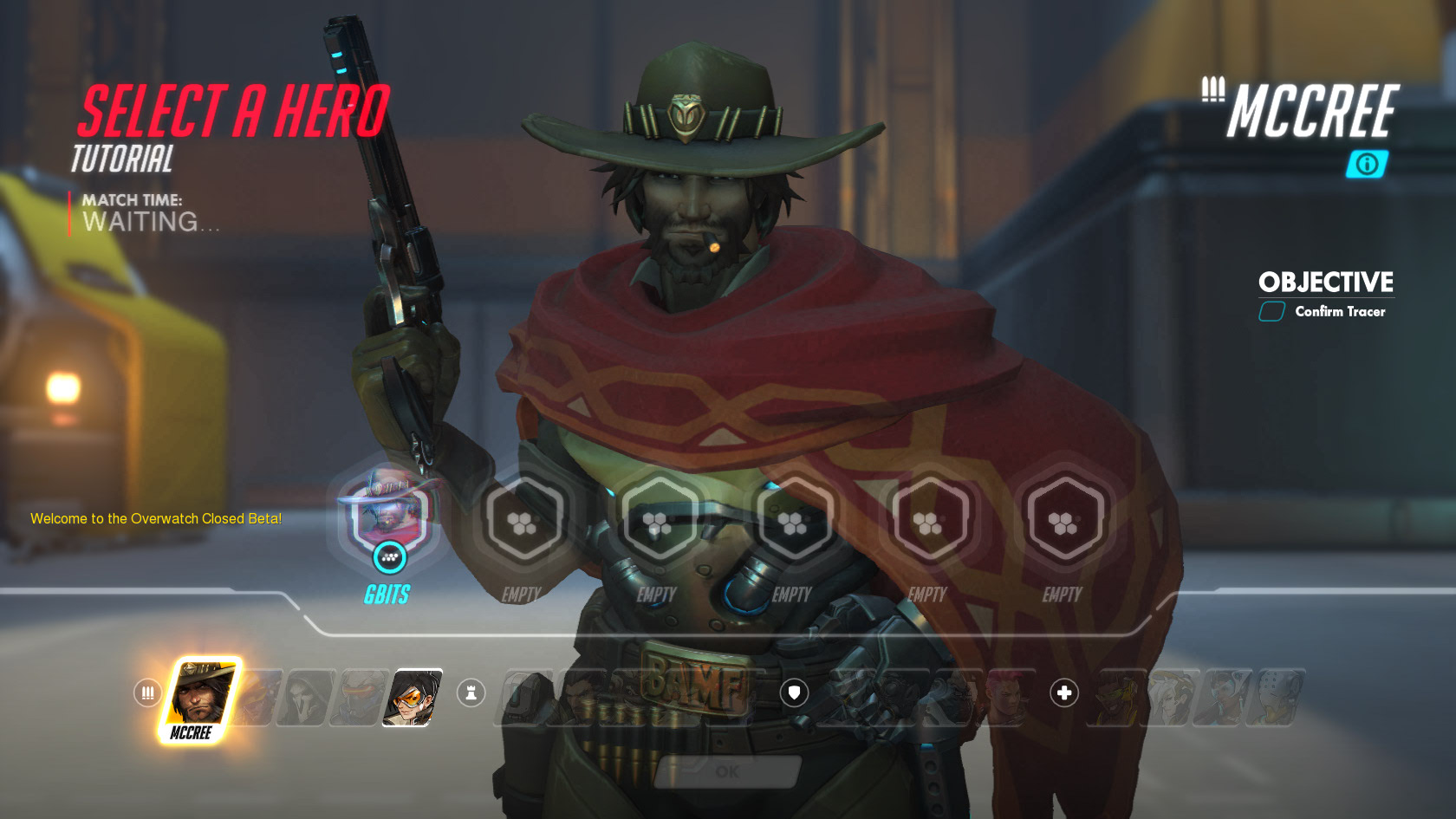 McCree is a heavy shooter modeled after Western badass Clint Eastwood from “The Good, the Bad, and the Ugly.” He’s slower than Tracer, and his revolver has six painfully slow, horrifically long-to-reload shots, requiring accurate, patient players.