His abilities include a boost to the effectiveness of the current song, a short-range sound-based knockback, a sonic projectile launcher and the ability to wall ride. His ultimate is an AE damage pulse of sound. 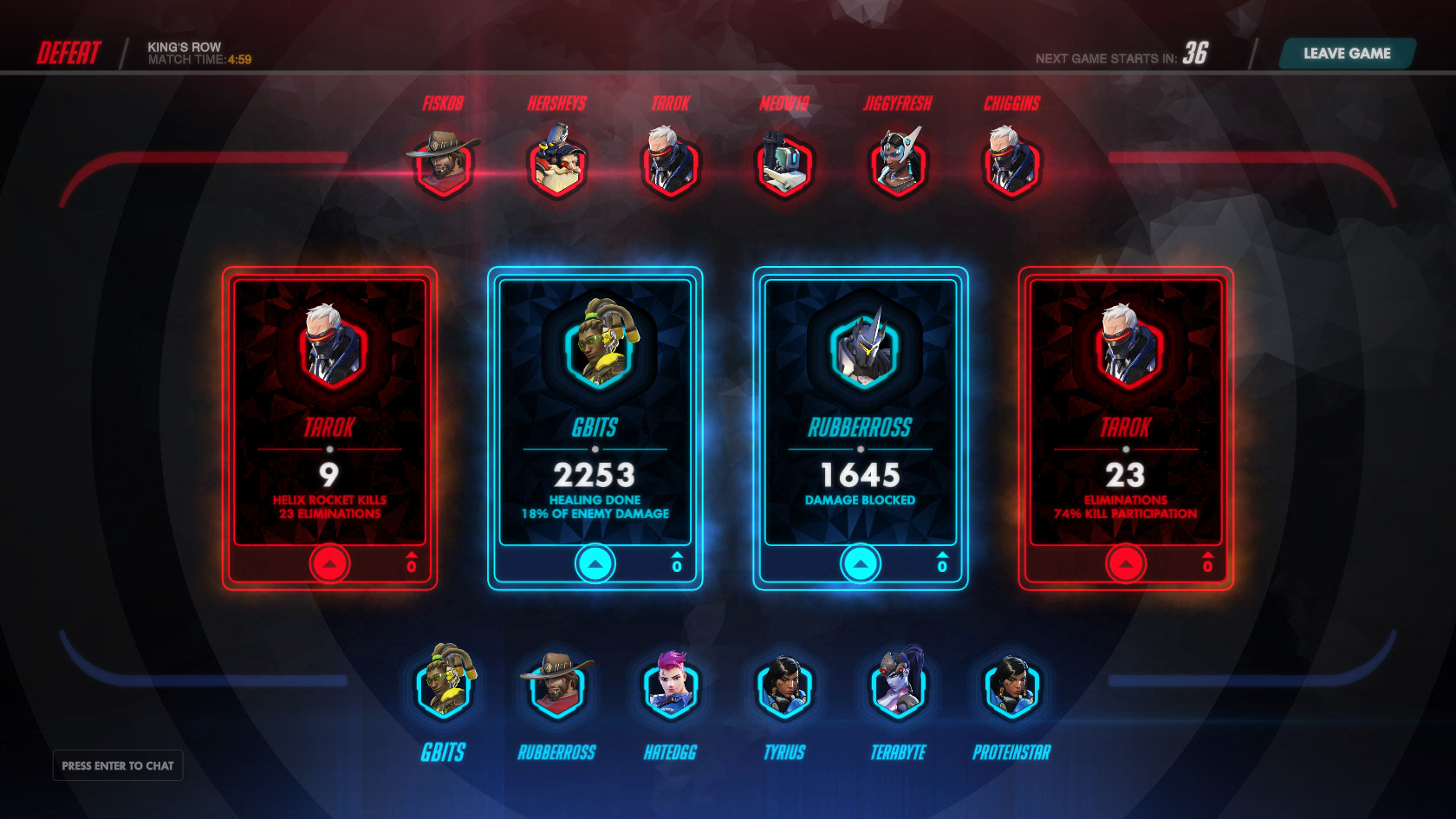 Above: Nobody was doing a particularly great job in this match, but Lúcio still managed to pump out some heals.

Lúcio’s continuous heal over time makes him difficult to kill, assuming you know how to duck, and he’s a ton of fun to play. The speed song makes him seriously mobile, he does a decent bit of damage, and he shows a lot of style.

I have a feeling Blizzard will tone down that imbalanced healing a bit, but for now, he’s absolutely my favorite character to play. Overwatch ranks his difficulty at three stars. 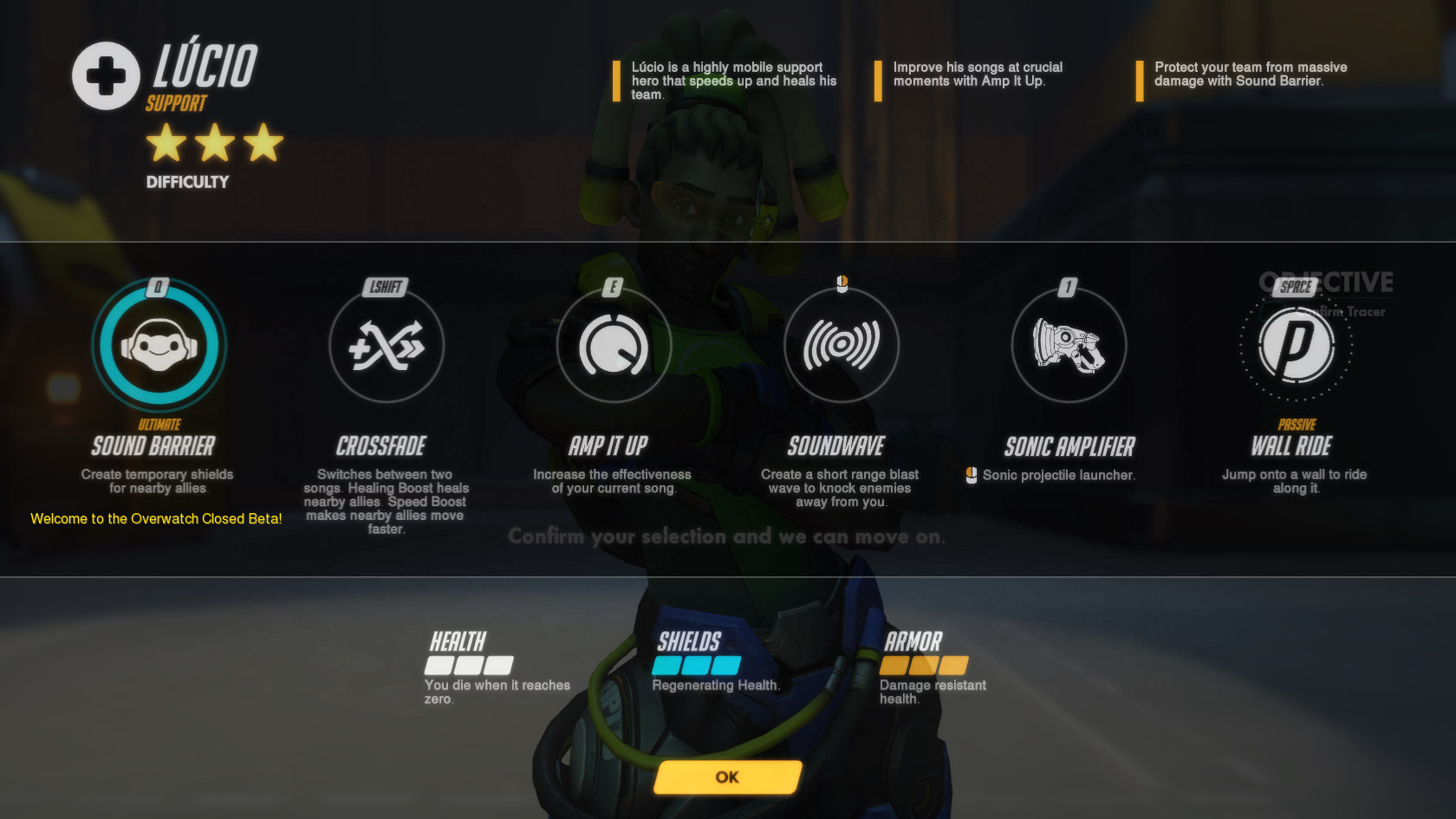 The best character model in Overwatch right now is Mercy — oh, those wings. Unfortunately, playing her is less fun than looking at her. 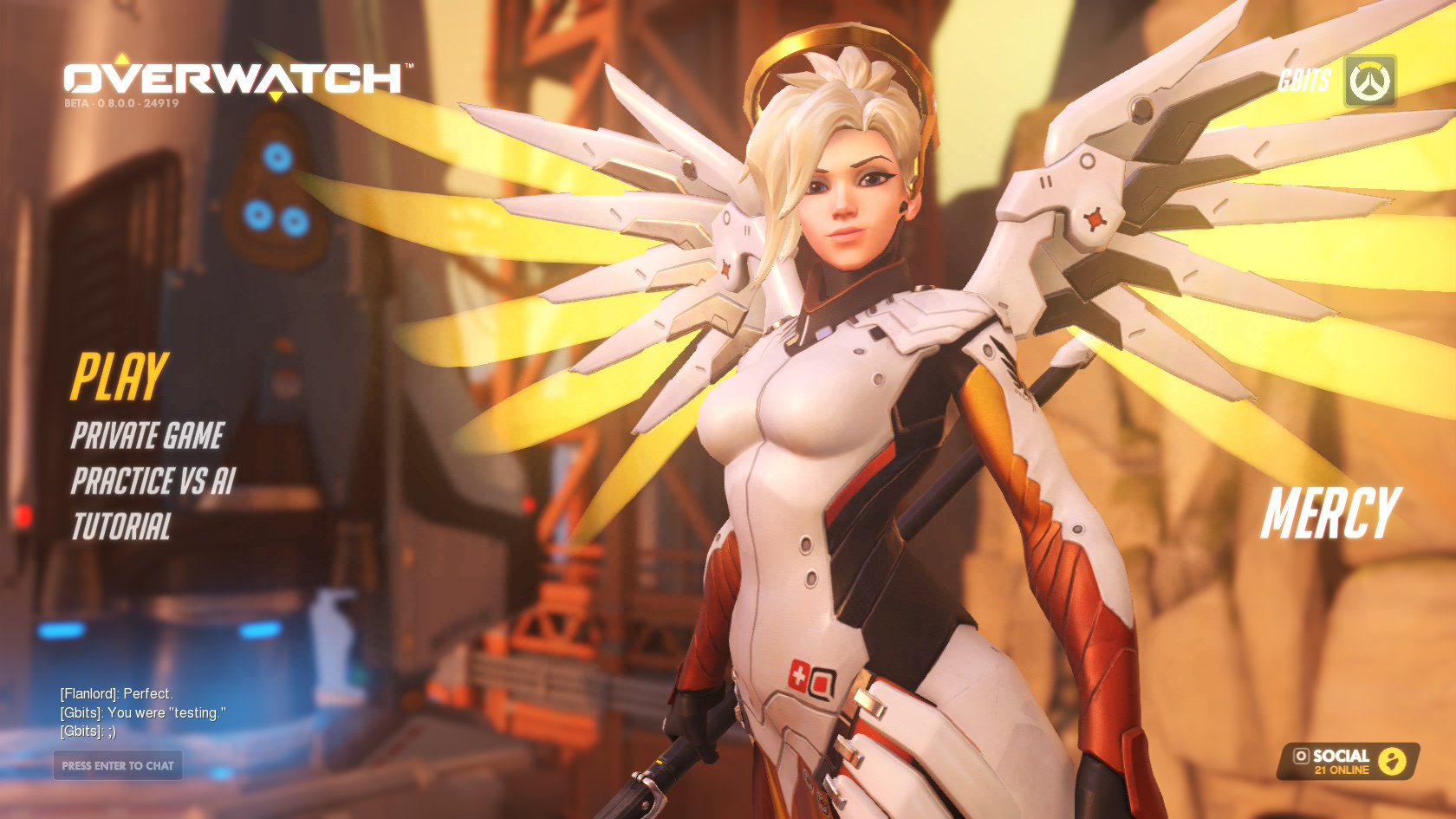 Above: So lovely to watch. So terrible to play.

A pure healer, Mercy has virtually no offense — she packs just one seriously underpowered pistol. Her wings can carry her toward a party member that needs healing. Her second gun heals a targeted party member or boosts their damage.

Mercy can slow fall off ledges (again, wings), which isn’t too much help considering she is both fragile and largely defenseless. Your ultimate move is to resurrect another party member, a fairly pointless maneuver until the end of the game. At the start of matches, respawn takes as little as a few seconds. 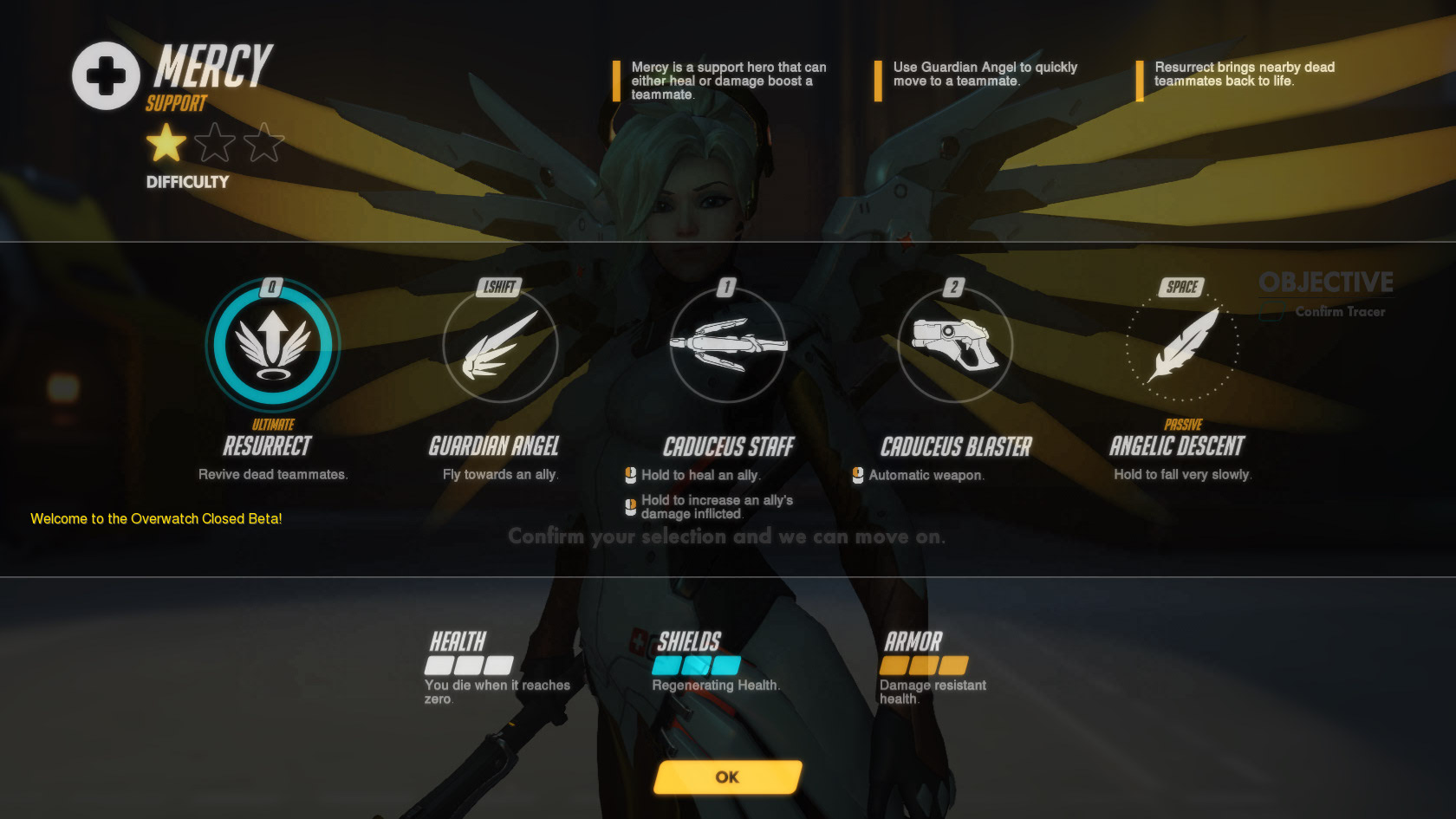 Above: Mercy, home of all heals, all the time.

I wanted to love Mercy, but at this point, she needs some serious tuning up. Blizzard ranks her difficulty at a single star. 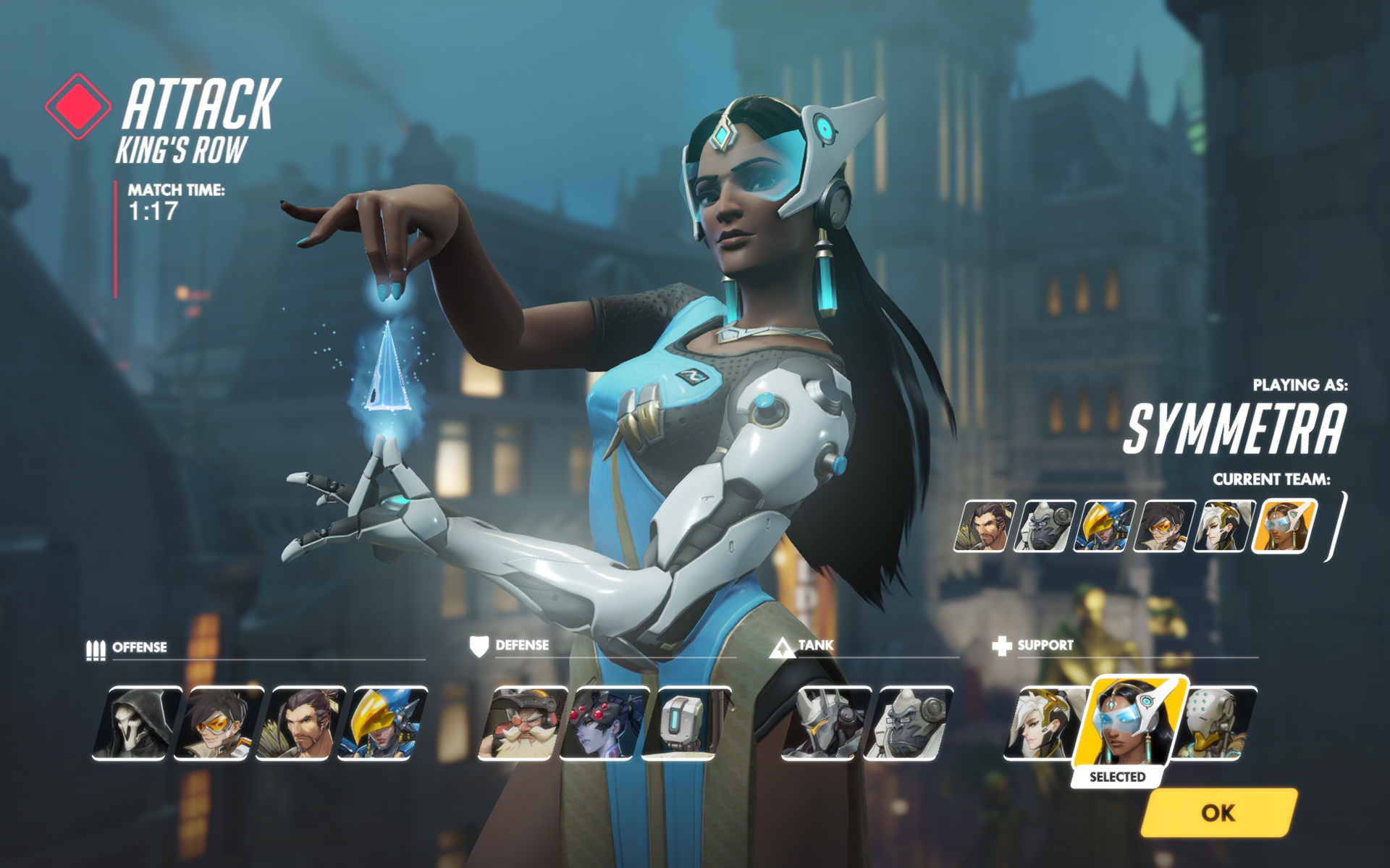 Symmetra could duke it out with Tracer for the title of squishiest character in the game at the moment. She’s a sci-fi style healer that specializes in shields and sentry turrets. Her photon shield is relatively powerful for allies, but it does nothing for herself, so she makes an easy kill most of the time.

Symmetra can set several small sentry turrets that annoy enemies and stick around until killed. Her beam weapon is incredibly short range and not all that accurate, but it looks terrific (and is fun to use to knock things over unrelated to combat.) 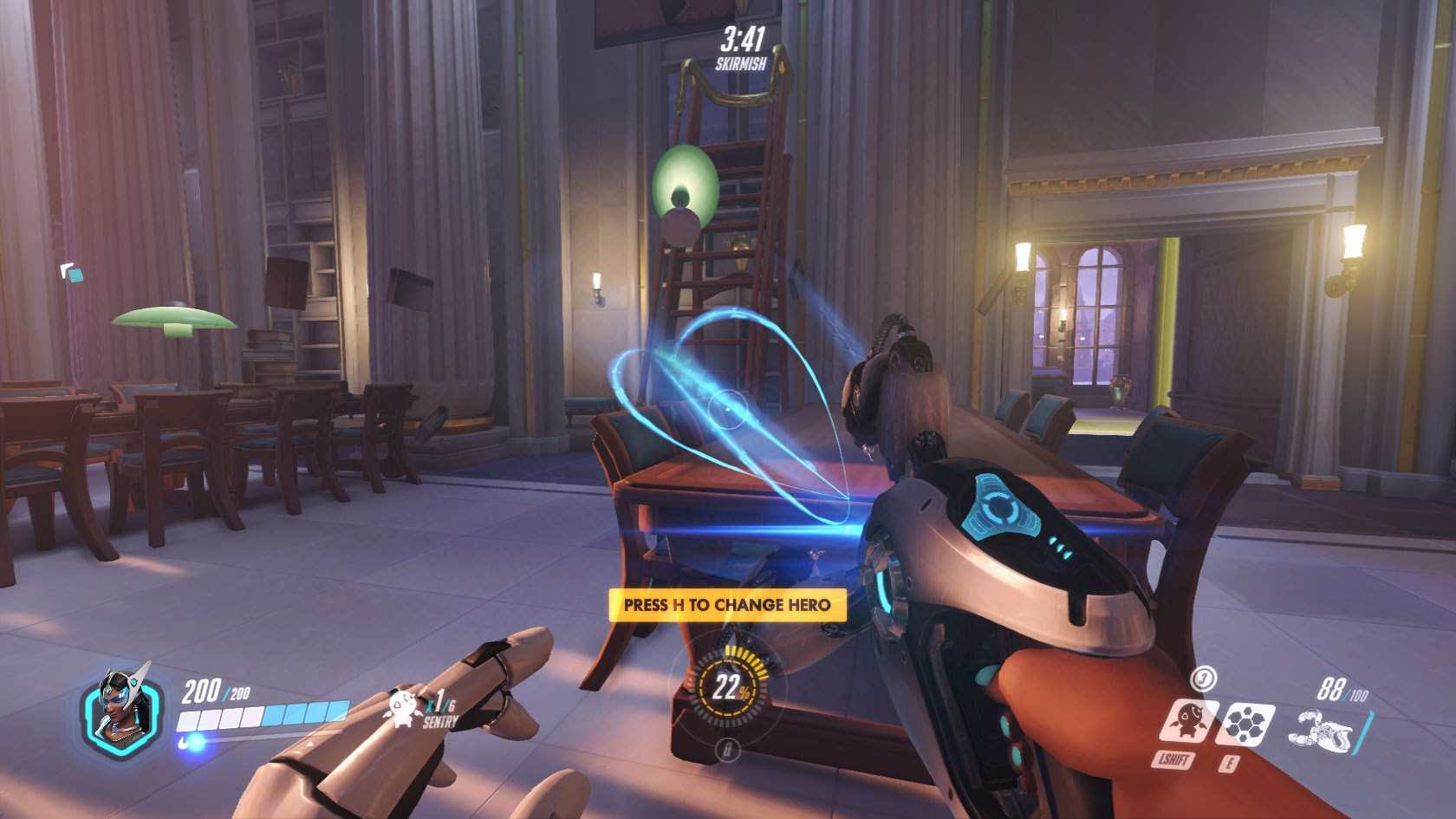 Her ultimate ability is a freestanding portal for group members back to the spawn point; useful, but yawn. Her difficulty earns one star. 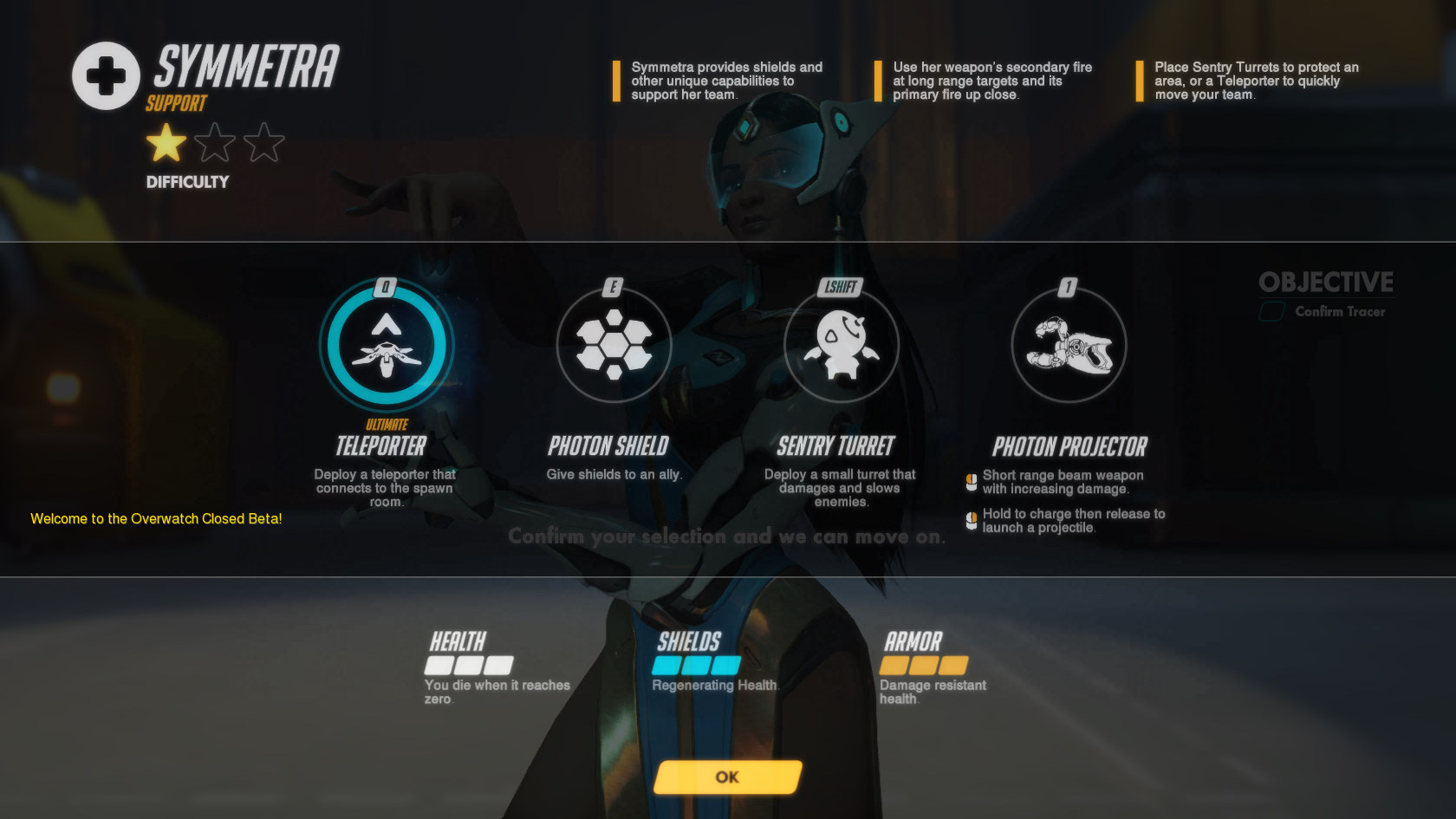 Above: And the rest of her abilities.

Blizzard ranks android yoga practitioner Zenyatta as a three-star difficulty character, and of all the heroes in the game at the moment, he earns it the most. His abilities are all active and targeted. 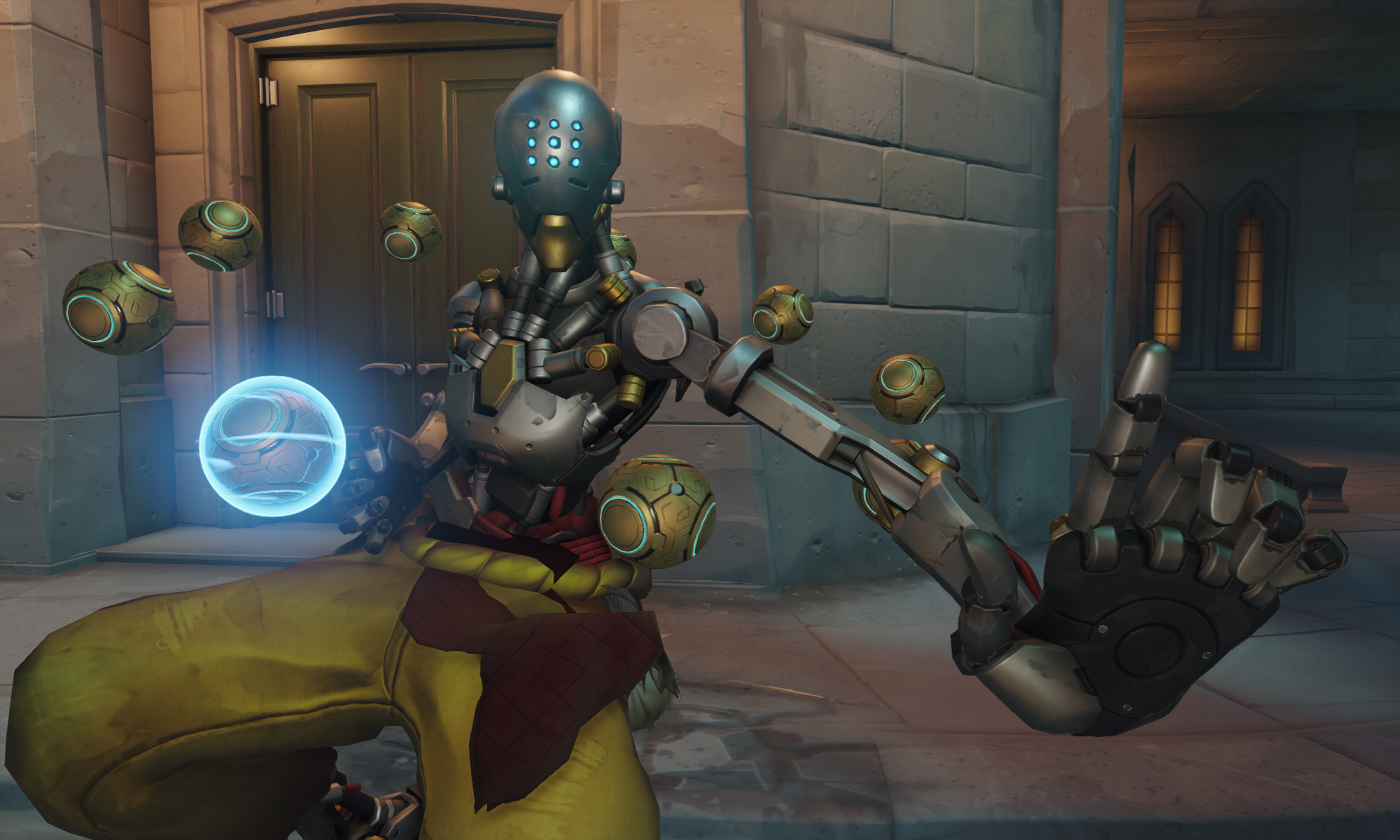 Above: Zenyatta and the art of baseball.

He specializes in thrown orbs, which he appears to juggle and levitate when not throwing them at you. Some orbs increase damage by his targeted teammates. Some heal them. Some blow up in enemies’ faces.

The tricky part here is that everything requires aim; you don’t have a way to target a teammate and stay locked on, for example. And Zenyatta’s only self heal is part of his ultimate ability, which makes him invulnerable and heals everyone in range. 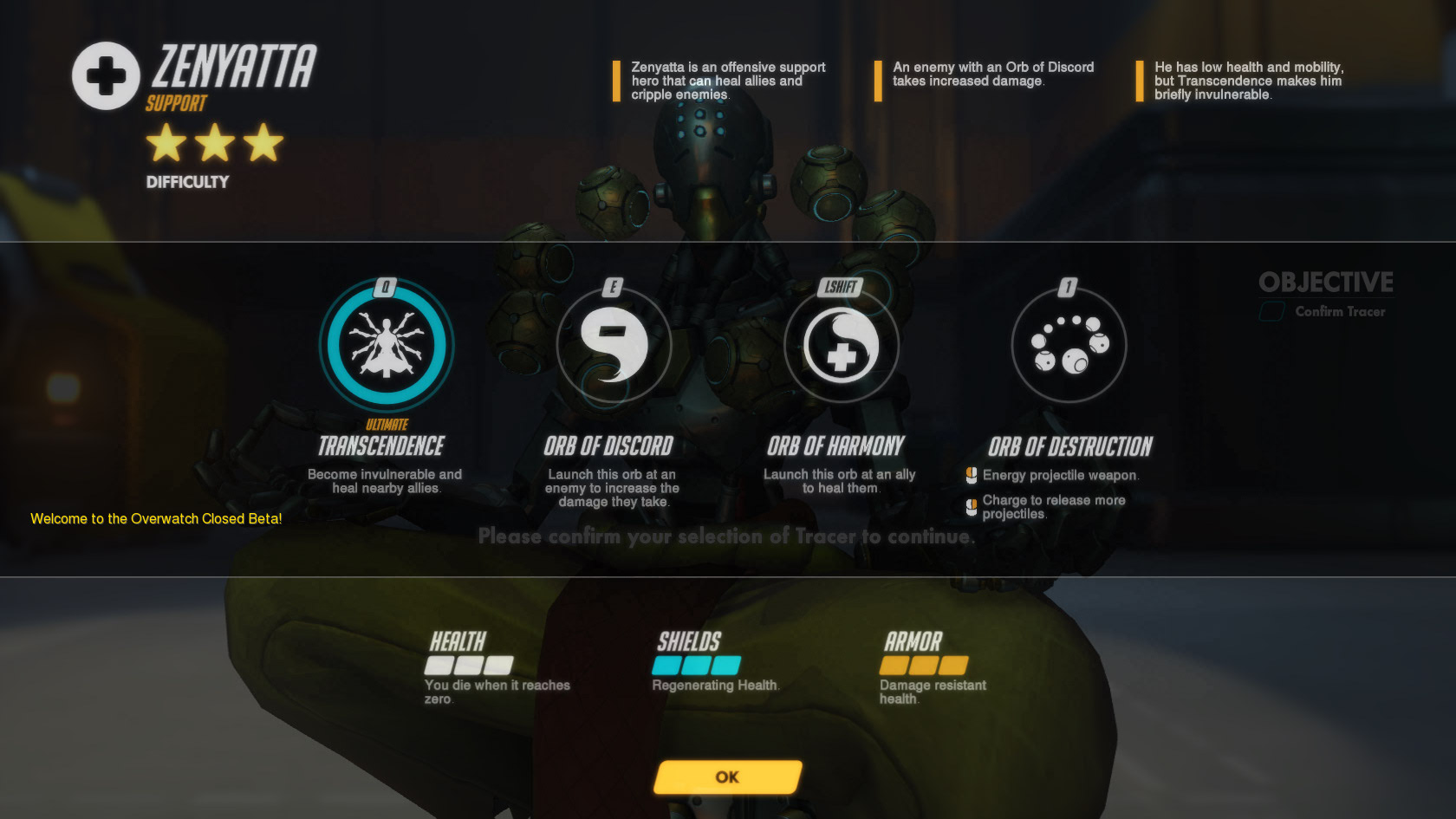 His damage projectiles offer some fun, especially if you let them charge up and then fire them off machine-gun-style at an unsuspecting enemy’s head.

Seven maps are live at the moment, and each of them offers a slightly different challenge. None are particularly large, befitting a game with 12 players on the board. All have a relatively bright, cartoony look.