The esports organization began its second season on February 14. The league added eight teams this year, bringing the total up to 20. Overwatch League differs from most esports groups in that it has city-based teams and offers players contracts with regular pay. It follows the model of traditional sports organizations like the NFL or NBA.

You can find more stats about the second season’s opening week below. 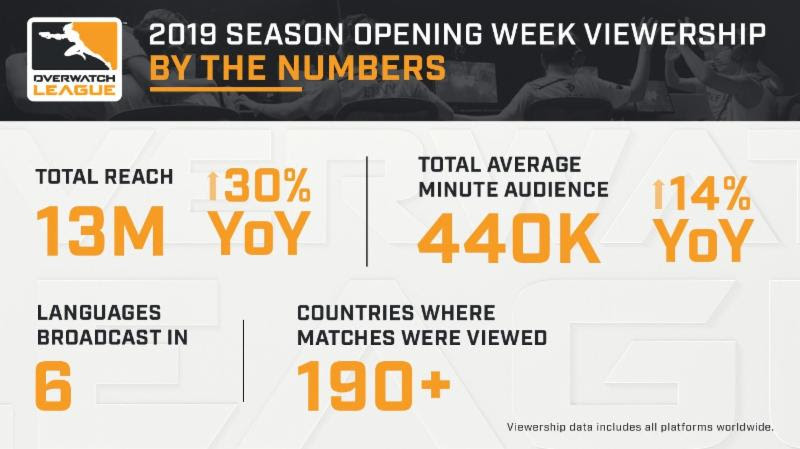 Earlier this month, Activision Blizzard suffered layoffs that impacted about 800 people. Some of these jobs were in esports fields. Blizzard also recently cancelled esports for Heroes of the Storm. Despite scaling back on some fronts, Overwatch League is still moving forward. It has been a major investment for Activision Blizzard, and the deals that involve signing new teams are worth big money.