People like Blizzard’s new game so much that they are doing a lot of searches in an effort to see its characters naked.

Gaming is a $99.6 billion business, and you don’t generate that kind of revenue without a little sex appeal. Overwatch is no different. Its characters are visually appealing on multiple levels, and — clearly — that is riling up a lot of fans. 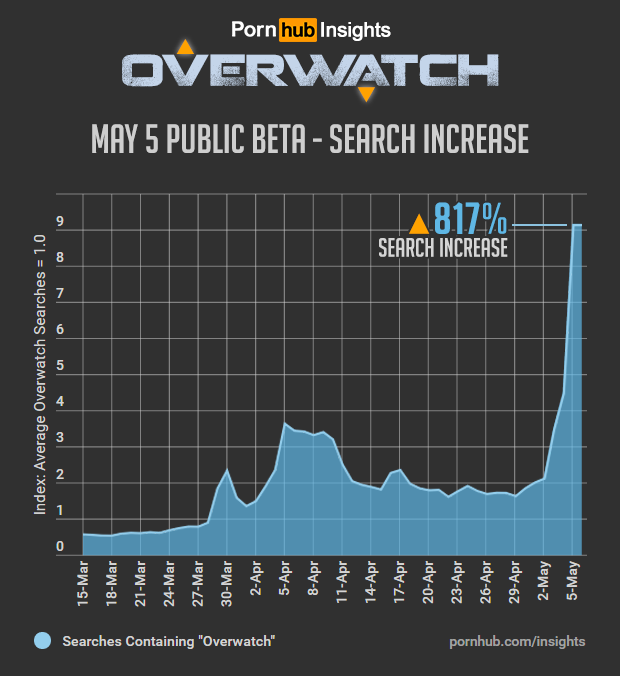 Above: People want to see Tracer getting down.

Interestingly, in the case of Overwatch, people looking for adult content will actually find quite a lot. The game isn’t even out, and some of the steamier parts of Tumblr are already overflowing with fan art and quick animations that strip Blizzard’s characters of their clothing and occasionally have them bumping Ultimates with each other.

If you’ve paid any attention to the early fan culture for Overwatch, you’ve likely noticed that Tracer seems especially popular. Well, Pornhub’s data confirms that. The company found that “Overwatch Tracer” is the most popular search term featuring “Overwatch.” Here are some more: 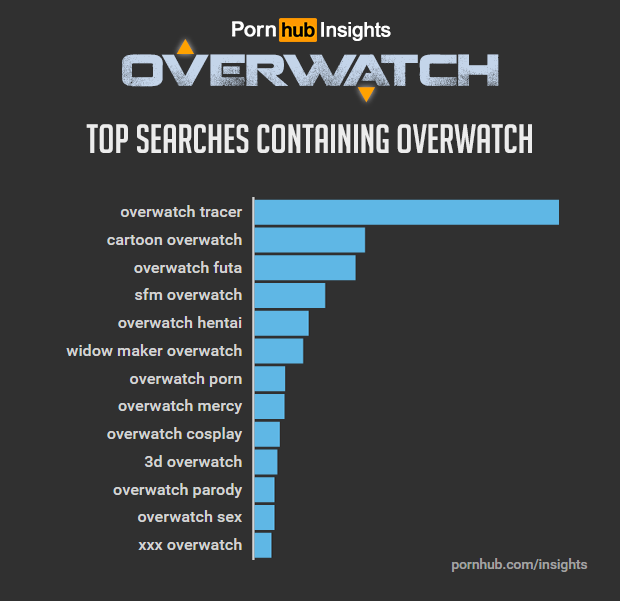 Above: Personally, I prefer Torbjorn.