Overwatch has found a fantastic way to keep players engaged … and to keep taking their money.

Five times in the past year, the team-based shooter has launched special events. Each one last for a couple of weeks and introduce new cosmetic items that players can unlock via loot boxes while the event is happening. Each one also adds some kind of new game mode. Not only do these events give players consistent new content, but it also encourages them to pay money for loot boxes so they can unlock the new outfits and more while they’re available.

Overwatch is a paid game, not free-to-play. These loot boxes are the only way it makes money off players after their initial purchase, and they’ve helped Blizzard’s game make over $1 billion in revenue in its first year.

So they make a lot of money, but they’re also fun! However, some events are better than others. Now that Overwatch is about to turn 1 on May 23, let’s have some and revisit them, starting from the worst one to the best. 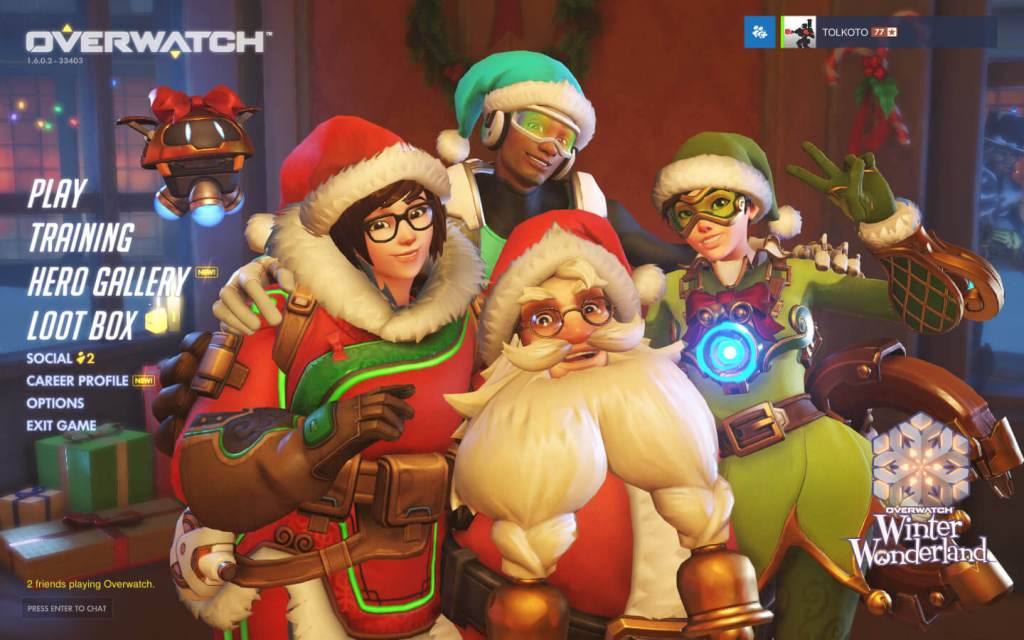 Above: Overwatch was celebrating Christmas.

The Christmas event had some fun skins (gamer lingo for alternate outfits for characters), such as Nutcracker Zenyatta and Scrooge McCree. But a lot of them also felt a bit lazy, like giving so many characters boring elf costumes. This also gave us the slight controversy of the Mei skin, which has her dressed up in a Santa-esuqe outfit that some players felt wasn’t special enough for such a rare skin.

Mei’s Snowball Offensive, which had players throwing snowballs that could kill people in one hit, was fun but tedious. It was an elimination mode, so once you died you had to watch other players go at it as a spectator. That works fine in games like Counter-Strike, where players are used to that sort of thing. But the downtime was annoying in Overwatch, which usually keeps players in the action as much as possible. It was also disappointing to see the mode take a more generic winter theme instead of Christmas one, something most of the costumes adapted. 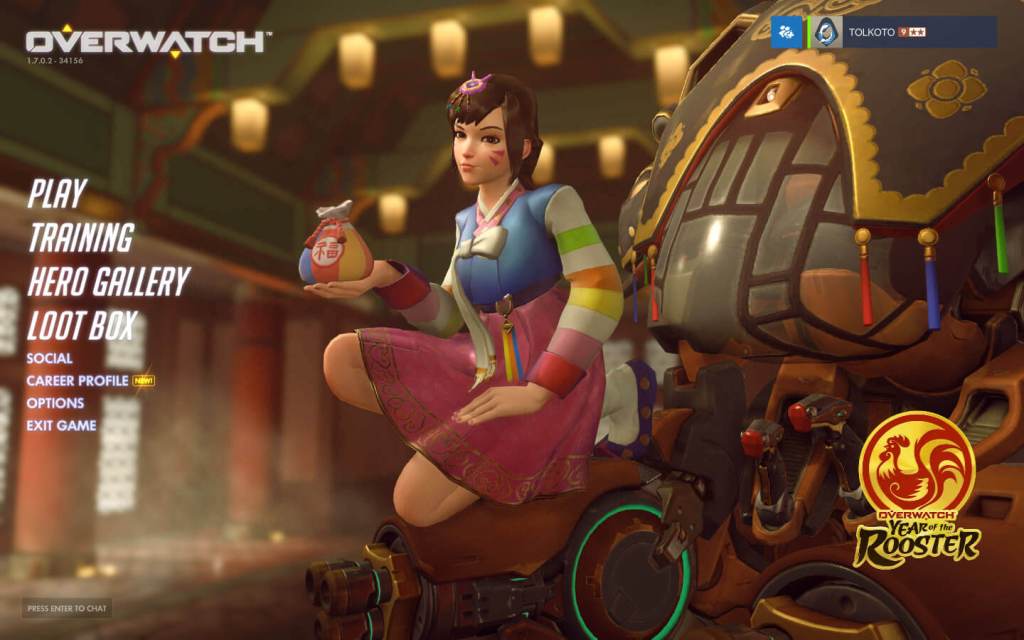 Above: Overwatch’s Year of the Rooster.

It was cool to see Overwatch celebrate the Lunar New Year. Overwatch has players all over the world, so it was nice not see Blizzard celebrate holidays from outside Western culture. The four based on characters from the classic Journey to the West story look stellar. I don’t know if any of them stand out as exceptional, but they’re all nice costumes.

Capture the Rooster also finally added a Capture the Flag mode to Overwatch. It’s so far the only seasonal mode to stick around after its event ended. It is fun to play Capture the Flag, but it isn’t a very original concept. As much as it was neat to mess around with at first, competitive Overwatch works best when you’re playing the capture/defend and payload modes that Blizzard designed the game for. 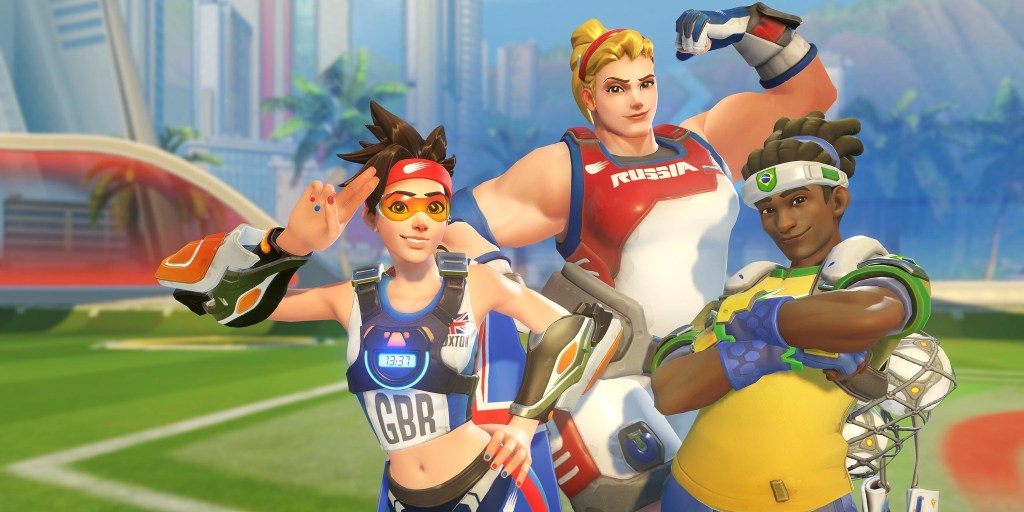 Above: The competition is about to begin.

This was the first event, and it created the formula that Blizzard has stuck with. It gave us our first new loot boxes, this time themed around the Summer Olympics in Rio. Track and Field Tracer remains one of that character’s best outfits, and it was cool to see heroes like Genji and D.Va get costumes themed to their nationalities.

The first event game mode, Lucio Ball, was a big surprise at the time. It was the first time we saw Overwatch deliver a completely different experience outside of the base game, and its simple premise (you playing soccer with Lucio’s speed-boosting and character-booping abilities) worked surprisingly well. It showed us that Overwatch could be a more versatile game beyond its team-based shooting core. 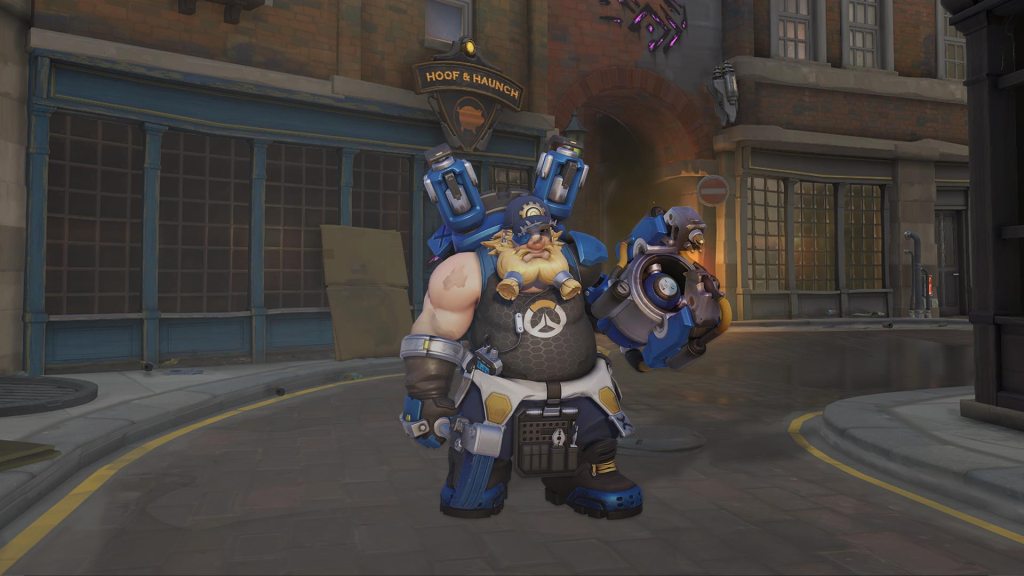 Uprising was the only Overwatch event without a theme based on some sort of holiday or celebration (like the Olympics). Uprising instead gave us a peek into hero group Overwatch’s backstory, showing how the peace-keeping operation worked back when they fought against armies of robots. The event also gave us skins for characters like Tracer and Mercy from back when they were in the group. While silly costumes are fun, it’s nice to see more looks available for these characters that are things they wore at some point in their lives.

The Uprising mode itself was also a blast, giving us Overwatch’s most story-driven content to date. Like the Junkenstein’s Revenge mode, it had four players battling against waves of robot enemies. It was fun to mess around with on easier difficulties and presented a tense challenge at harder ones. 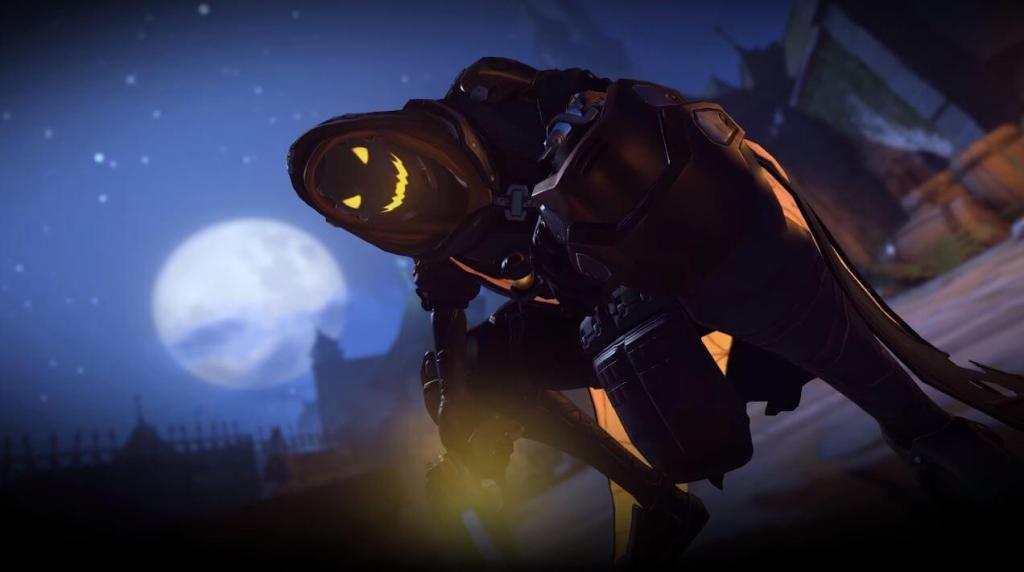 Above: Overwatch is getting some Halloween skins and themes.

Halloween Terror had the coolest costumes. Witch Mercy remains the best outfit in the game, and Pumpkin Reaper isn’t too far behind. A Halloween event will always have an advantage with these kind of things, since the holiday is literally about dressing up in costumes. But Overwatch did a great job of coming up with clever designs that matched each character.

Junkenstein’s Revenge also gave us our first look at cooperative play in Overwatch. While Uprising had a more story-driven and longer experience, Junkenstein’s Revenge felt like the fresher mode. At that point, no one expected a cooperative Overwatch experience, but the Halloween event showed everyone that such a thing works fantastically in the game.