Music can show us the heart of a game without requiring us to press a single button or shoot a single bullet. For Overwatch, making a score that fit all of the team-based shooter’s themes was a big challenge.

Neal Acree is a video game composer that has faced this task. He composed many of the cinematics for Blizzard’s newest game, which has become a big hit for the company since it released in May for PlayStation 4, Xbox One, and PC. Acree has also done work for World of Warcraft, so Blizzard obviously enjoys working him enough to keep bringing him back for more projects.

GamesBeat interviewed Acree about how he got involved with Blizzard, the challenges of composing for Overwatch, and a couple of awards he recently won. 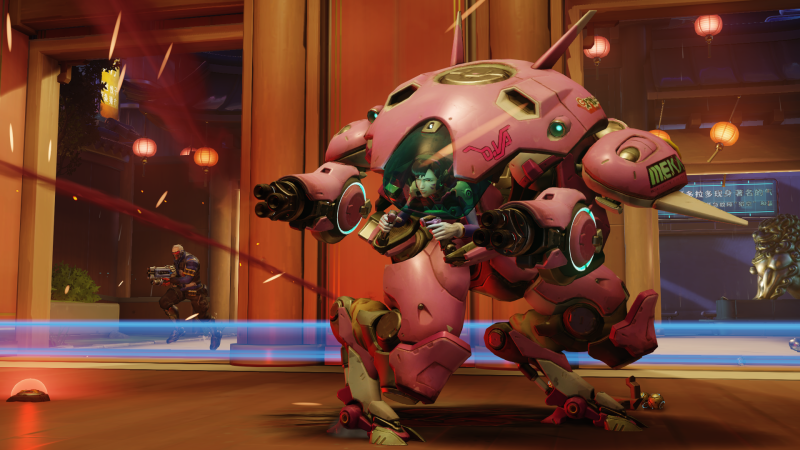 Above: Overwatch is a big game with a big score.

GamesBeat: How did you get involved in composing for video games?

Neal Acree: I’d been working on film and TV for a few years. I had a chance opportunity to score the opening cinematic for [World of Warcraft’s second expansion] Burning Crusade. Just one of those right place, right time moments. My agent got me an audition to do it. I didn’t have any prior game experience, but I ended up scoring that. That led to a continuing relationship with Blizzard. It’s been really fantastic.

GamesBeat: You did the opening for The Burning Crusade? That’s one of my favorite.

Acree: Yeah. Actually, all the WoW cinematics since.

GamesBeat: Did you play a lot of games before working for Blizzard?

Acree: I grew up on the Atari 2600. I played a lot of StarCraft back in the day. I didn’t realize at the time that I would find my way into scoring games as well, but I’ve always played games.

GamesBeat: When you’re composing a cinematic or a game like Overwatch, what do you have to work with? Do you have concept art or details on the story, or do you have to create your own context?

Acree: It depends. If it’s a cinematic, I’m working to pictures. The music is dictated by the story. It’s like scoring a movie. There’s a linear story you have to follow, all the beats for that. Style-wise, in the specific case of WoW, especially on Burning Crusade, I always try to make it fit the context of the existing game.

With the in-game music for WoW, it’s a lot more exploratory, looking at concept art and story and what kind of ideas they’re going for within the particular zones. And then in the case of a new franchise like Overwatch, you don’t have material, existing themes, to build on. Everything is brand new. There are concepts and discussions about the story and the overall style it’s going for, but — the most exciting ones are the ones where you’re starting from scratch and building a new world from nothing.

GamesBeat: With World of Warcraft, even if you don’t know too much about it, you at least know it’s high fantasy, which gives you some ideas. With Overwatch, it’s kind of superhero-ish, it’s kind of sci-fi, it’s kind of military. How do you find a voice for that?

Acree: That was the challenge. I have to give credit to Derek Duke, who was the music supervisor and lead composer on the project. There were a lot of discussions about looking for a hopeful future. It’s not something you see as much in movies these days. Usually there’s this dark — everything is bad and falling apart in the future. There’s an element of that in Overwatch, but Overwatch represents a hopeful, more positive vibe. So there’s that. There’s a bit of a military vibe to the group itself. You want it to be futuristic without being completely reliant on electronics, so a combination of orchestra and electronics as well. 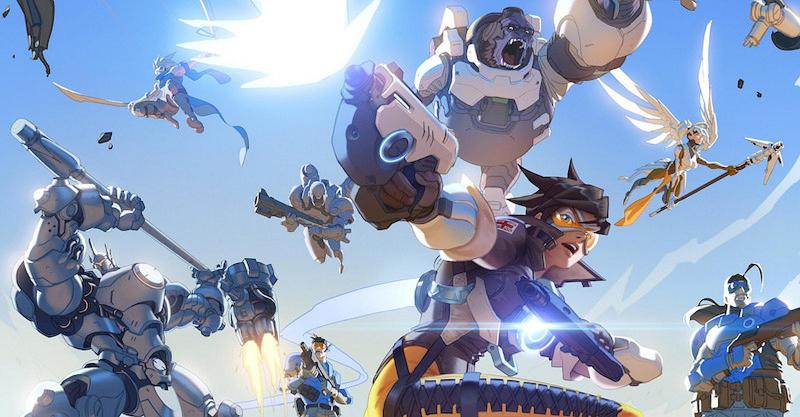 Above: What kind of a music do you give a game with angels, apes, and knights?

GamesBeat: So it is a collaborative process with multiple composers. How does that work? Do you work together on songs, or do you have your own tracks or levels that you work on independently?

Acree: Derek was overseeing everything and inviting a few others. There was another composer, Sam Cardon, as well as Cris Velasco. The three of us contributed themes and Derek had written themes. What happened was, the opening cinematic, the teaser they used to announce it at BlizzCon, I had scored the cinematic using themes other people had written, as well as a couple of my own.

A lot of the game’s themes came from that, the initial period where people were contributing themes. Then Derek wrote a lot of the level music — the Dorado theme, all the different areas. And then the victory theme was taken from — it was the theme I wrote for the moment in the Overwatch cinematic towards the end of the piece, when Winston — Reaper smashes his glasses and Winston gets angry and starts to fight back, the victorious moment of the cinematic. That became the victory theme in the game.