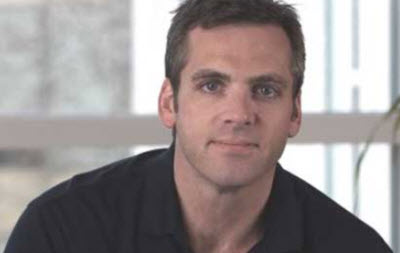 Owen Van Natta, the chief business officer at social game maker Zynga, is stepping down from that post and moving to a new role as a strategic advisor focused on major partnerships.

He will remain on the board but will give up millions of pre-IPO shares by moving out of his operations role, according to AllThingsD and a regulatory filing by the company, which is being closely watched since it is the largest social-game publisher on the fast-growing social network Facebook.

The move isn’t exactly a surprise, as it wasn’t clear what Van Natta’s role would be after chief executive Mark Pincus hired former Electronic Arts executive John Schappert as chief operating officer in June. In fact, when Schappert was appointed, Zynga’s web site didn’t have a new title for Van Natta, who was previously the top business person. Only later was he named chief business officer. Van Natta joined Zynga in the spring of 2010 after running the ill-fated MySpace as CEO and working as an executive at Facebook.

Venture investor Brad Feld is also leaving the board of Zynga and will be replaced by entrepreneur and investor Sunil Paul, who founded the company Freeloader with Pincus years ago.

“Owen is a valuable business partner,” Pincus said in a statement. “He’s made great contributions to Zynga and continues to be an important part of our team.”

Zynga, which has grown fast by publishing free-to-play games such as FarmVille and CityVille, is expected to go public after Thanksgiving, with a value that AllThingsD said was close to $20 billion.

In the filing, Zynga also disclosed additional information. Its unique payer data, or the number of users who pay for goods in Zynga games, is now available on a quarter to quarter basis. Unique payers for the 12 months ended Sept. 30 were 7.7 million out of a total of 227 million monthly active users. That is about 3 percent of the total users. Zynga said the number of unique payers in the third quarter was 3.407 million, compared to 3.336 million in the second quarter and 3.676 million in the first quarter.

The percentage of revenue coming from Facebook games was also broken out on a quarterly basis. Zynga now gets 93 percent of its revenue from Facebook, compared to 91 percent a year ago and 93 percent in the second quarter.

Zynga has also diversified into the mobile game market. The company had 11.1 million mobile users in October, a new number disclosed for the first time. That compares to 9.9 million in the third quarter and more than 10 times the number in November 2010.