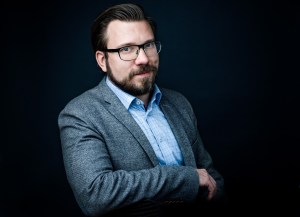 The Crusader Kings II developer announced today that it has acquired White Wolf Publishing from Eve Online company CCP Games. This brings the White Wolf name, along with its World of Darkness properties, under the control of Paradox. Tobias Sjögren, former executive vice president of business development at Paradox, will take over as the chief executive officer of White Wolf. He will run the new subsidiary as an independent business.

With this push into pen-and-paper role-playing games, Paradox and the new White Wolf first plan to provide support to the communities around World of Darkness, which includes Vampire: The Masquerade and Werewolf: The Apocalypse. Sjögren is even off to a Vampire party in New Orleans this week to help celebrate and build ties with some of the game’s biggest fans.

“We’ve been negotiating with CCP for the last year on acquiring White Wolf Publishing and the underlying brands,” Paradox chief executive Fredrik Wester told GamesBeat. “They have sold 5.5 million books, and it’s still the second-best-selling RPG of all time behind Dungeons & Dragons. It adds a lot to Paradox portfolio.”

And this is something different for Paradox. The company typically works in history with its strategy releases that re-create ancient Europe or World War II. But with White Wolf’s properties, Paradox could reach an entirely new audience.

“We’re going to start licensing out the brand again from the beginning,” said Wester. “We’ll start with one World of Darkness. We’ll start, basically, from day one to unite the community under one flag.”

Bringing that community together was one of the things that attracted Paradox to White Wolf. Paradox very explicitly doesn’t make games “for kids,” and the audience for Vampire is now much older, and Wester’s company is used to building experiences for that more mature audience.

“We’re targeting people who are 35 or older, typically,” said Wester. “That’s what we have with World of Darkness. People who are at least 25 and older who are looking for something more gritty.”

Moving forward, the new White Wolf will begin analyzing its current deals and licensing agreements to see which ones make sense. If something is working, Sjögren said he plans to keep it around.

“But of course we’ll now be working with Paradox on this,” Sjögren told GamesBeat.

Naturally, that means new games are in the early stages of production — although Paradox was sharing many details about what those look like. But this also means that White Wolf will get help reaching out to the fans — like the ones throwing parties in New Orleans.

“Our aim is to work — just as Paradox works — close to the community,” said Wester. “We’re going to start communicating with the community. We’ll start asking questions. We feel that no one has really been paying attention to what the community has been up to in the last few years. That’s going to be an immediate change.”