Paris Hilton is trying to keep up with Kim Kardashian in the land of endless mobile game downloads. Animoca Brands announced today that it will make a global mobile game based on Paris Hilton, “the socialite, model, singer, and entrepreneur.” 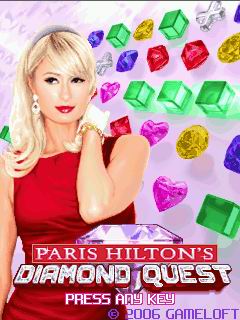 Is this the surest sign that celebrity mobile gaming has jumped the shark? Hong Kong-based Animoca Brands, which went public on the Australian Stock Exchange in January, has signed a license agreement for the name and likeness of Paris Hilton from her company, Paris Hilton Entertainment, for use in mobile apps. Hilton’s line of fragrances have generated more than $2 billion in sales in the last decade, and her 2004 autobiography reached No. 7 on the New York Times Best Seller list.

Animoca specializes in making games based on popular brands such as Doraemon, Ultraman, and Garfield. But Glu Mobile paved the way for Paris Hilton by launching the huge title, Kim Kardashian: Hollywood, on mobile devices last year. Glu is following up on that hit with a Katy Perry mobile game. Now there’s a mad rush by celebrities to cash in on the craze. Lindsay Lohan is also in on the fray.

The question is whether celebrities and game companies will be able to cash in with popular mobile games before the public grows tired of the fad.

“Paris Hilton is one of the world’s most recognized names, and we are thrilled to be able to collaborate with her on mobile gaming titles,” said Animoca Brands CEO Robby Yung in a statement. “With Paris’s eye for what’s hot in the latest trends and our experience at making popular mobile games, we are confident that consumers around the world will be receptive to Paris Hilton mobile games and themes.“

The company intends to take a phased approach to development, initially creating branded virtual items for in-game purchase and then moving on to create fully-branded apps in future.

Animoca, which makes original mobile games, spun off Animoca Brands as a separate division last year. Then Animoca Brands went public this year. Animoca Brands’ games have been downloaded more than 116 million times. Hilton has had a mobile game before: Paris Hilton’s Diamond Quest back in 2006. It was published by Gameloft.