“Shooters are in our DNA,” says Sebastian Wojciechowski, CEO of independent-then-Epic-Games-owned-then-independent Polish studio, People Can Fly. “If we started People Can Fly again we’d not be able to pitch any other game; not that it’s a bad thing, it’s an important pedigree of our studio,” he says.

Knowing your core skillset and making waves with innovations in that space is a smart way to keep focused and establish your brand identity. For People Can Fly, that identity was formulated back in 2005 when the studio legally came into being, though the original personnel had been working on the first game since 2002.

While the faces may have changed over the past 15 years, that core competency hasn’t, though the studio has had to roll with the punches of an unforgiving industry. The studio’s first game, released in 2004—the critically acclaimed shooter, Painkiller—laid a positive foundation as it pulled on a powerful technology core and laid it on a dynamic action shooter foundation. It threw multiple enemies on-screen at one time, akin to a more hardcore version of the cartoon-like Serious Sam shooter series.

Its popularity in the days before widespread digital distribution still afforded the opportunity to add an expansion pack and Xbox port as the team worked on its sophomore project. The dark, supernatural adventure game Come Midnight was in development for publisher THQ, but was unceremoniously canceled in 2006, throwing the independent studio into a period of serious uncertainty. 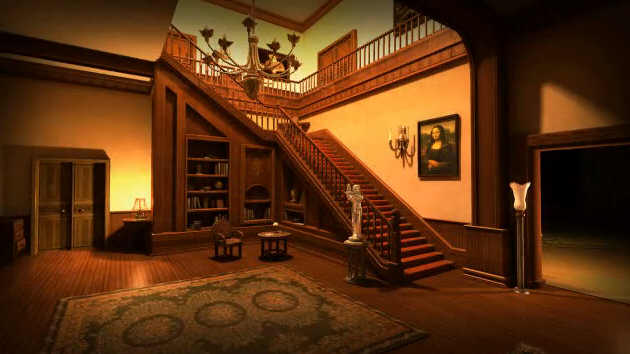 Above: A scene from the horror/supernatural/detective thriller, Come Midnight that was canceled by THQ in 2006.

Turning to the Unreal engine, and by association, Epic Games, the team impressed the engine-holders who, of course, also enjoyed design success with the Gears of War franchise. So, version two of People Can Fly started to take shape when they began building out Bulletstorm, a shooter in the vein of Painkiller (and Unreal), but with a game show-style motif of creative combo attacks and team play. Under Epic’s guidance, Bulletstorm was a hit among a certain section of the shooter audience, but didn’t satisfy the story propulsion ideals of others clamoring for the next big thing from the storied developer and publisher.

“The adventure [with Epic Games] was super-positive,” says Wojciechowski. “We got additional experience working with the best team in the game dev industry. For the core of our team, who have been here a long time, they were a part of this adventure and able to get experience working in the U.S. on different games,” he adds.

Wojciechowski is pleased to see the emergence of more studios in Poland as the barrier to entry is lowered by available technology and distribution. In the long-term, it can all serve to help build People Can Fly’s position as a premium employer, not just in Poland, but for anyone looking to work on AAA shooters.

“A lot of small and medium-sized studios have emerged,” he says, “and now we have a couple thousand developers in garage industries of three or four people. Then there are those of 10 to 40 people…so even though we don’t have a lot of support on the educational side, those that are determined can still work on games with their friends.”

This increased pool of largely self-taught talent can also help further People Can Fly, where Wojciechowski reveals that most of the core development team have been employed for an average of nine years. “We have a team experienced in working on multiple AAA productions,” he adds, “so anyone joining the team can get experience that they wouldn’t at any other studio in the country.” 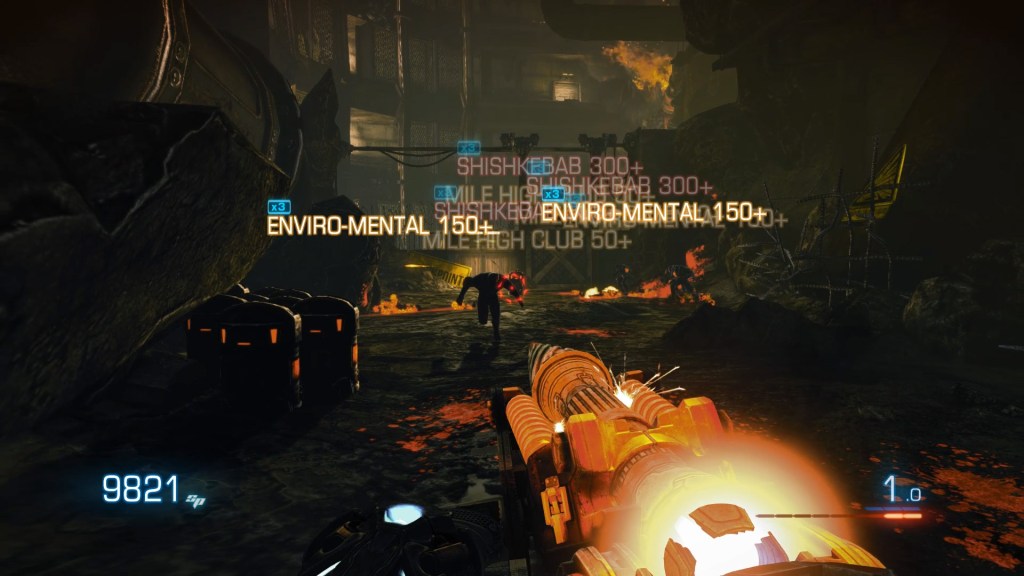 Above: Bulletstorm introduced a broad point-scoring system for the most creative kills, adding value to using the environment as well as core shooting skills.

People Can Fly worked on Bulletstorm and the signature series Gears of War – Judgment — which led in 2012 to Epic buying the remaining shares so that the studio became a wholly-owned subsidiary. “Around 2014, we realized the studio wanted something more. While working with Epic Games was great, we were known for doing our own games, and enjoyed having creative ownership of the project,” says Wojciechowski.

“At the beginning of 2015 we talked to the Epic executives and they were fine with us going our own way. It was the middle of 2015 when People Can Fly version 3.0 emerged” he adds. “We started a new adventure with the philosophy to create games we wanted to play, and work on daily.”

With the flexibility to pitch publishers—a relatively new experience for a studio that had been wholly owned for the past few years—People Can Fly was determined to stay close to its roots. “I would love to say we had more experience, but PCF is a well-known studio. Publishers know us from creating AAA shooters, and if we pitch in that genre, they expect it will be a good game. Second, we had a very good design pitch. And third, we created a tech demo to showcase what we’re capable of doing,” says Wojciechowski.

While he can’t reveal any more specifics about the game-in-development at this point, he does profess to keeping the team’s eyes on just one important ball. “Talking to other CEOs, they always say the challenge is to keep teams focused on the project. It’s important not to cannibalize it; when you have to deliver a milestone on one project, it can mean another gets behind schedule. It’s a problem to work on two projects under one roof,” he says.

Despite any warning signals, he is confident about the pursuit of the new game, and won’t be swayed by current vogue trends like PUBG and the influence of YouTube and Twitch streamers. “We have a very well thought-out project that we pitched to publishers, and really believe in what we’re doing,” says Wojciechowski, “we have a strong target that we’re marching towards.”

That march involves using the UE4 engine, a technology with which this studio has extensive experience. “We love shooters. But with the pedigree, with our talent, we knew our game had to be a shooter,” he adds.

How version 3.0 of People Can Fly fares depends on all the vagaries of the games industry, which Wojciechowski is quick to accept, though he hopes the project after this one is a sequel. “The one single thing that I believe is important in this industry to succeed is luck! And you don’t buy that,” he says.

No doubt, but that pedigree and focus should ensure that luck doesn’t factor into it.