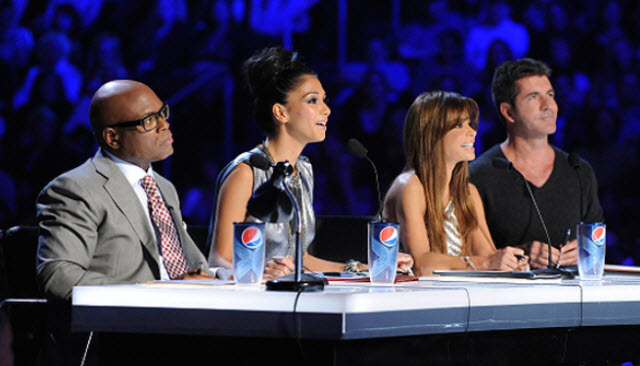 Gamification, or the use of game-like mechanics to make non-game apps more fun, is hitting the big time. Pepsi is announcing today it has created a gamified social network around the hit TV show The X Factor, which is Simon Cowell’s new American Idol-style talent show. 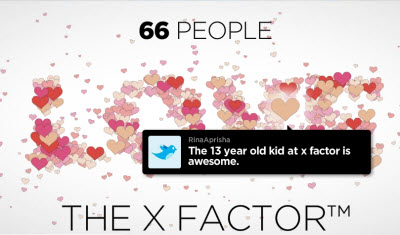 In the past three weeks, Pepsi created two social media platforms to get people more excited about the show, whose winner will appear in a Pepsi spot to be aired at the Super Bowl. The Pepsi Pulse is a web site that shows off tweets that mention the show in real-time. It shows the actual tweets of people who are watching the show and it shows how many people have retweeted them, giving users a sense of the buzz around the show.

“It replicates the water-cooler conversation that happens as the show is happening,” Andrea Harrison, director of digital engagement at PepsiCo, said in a press call.

Meanwhile, the Pepsi Sound Off Platform allows X Factor fans to connect with each other on the web and see what others are talking about on Pepsi’s own social network. 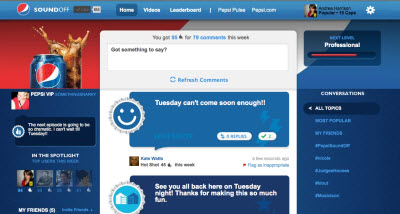 Harrison said that Facebook and Twitter aren’t ideal venues for fans to have an intense conversation about the show, since non-fans would be annoyed by all of the traffic. So the Pepsi Sound Off Platform is a place where fans can communicate as if they were tweeting. Fans can vote for the best post, and the most popular posts rise to the top of the Sound Off site. They are featured, and the top users have a chance to be mentioned on the show itself.

The platform uses a new platform from startup Gigya, which uses gamification and other techniques to make web sites more social. Gigya provides features such as leaderboards, leveling up, and user rewards. Harrison said she hopes that the two apps will create a new level of fan loyalty. Users can level up from Rookie all the way up to the rank of Ambassador.

Patrick Salyer, chief executive of Gigya, said in an interview, “The thing that is exciting for us is that it gives us a high level of visibility. They are using pretty much every feature we have in a very big way. This is the first of many different Pepsi properties we will be launching with.”

Gigya has more than 400 customers now. It competes with rivals such as Badgeville, Big Door, and Bunchball. 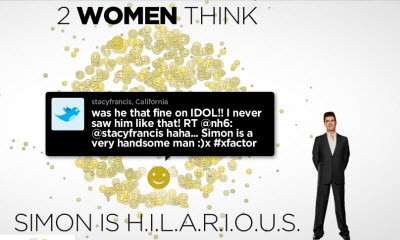 Pepsi plans to promote usage of the new apps with a commercial starring Kevin McHale, a star of TV show Glee. The commercial was shot last Saturday and will air on the show. That’s an indication of how quickly Pepsi is moving to set up better social media for the X Factor show.

“It’s like recreating the living room couch in social media,” Harrison said. “We can use this in other pop culture events that Pepsi is involved in.”