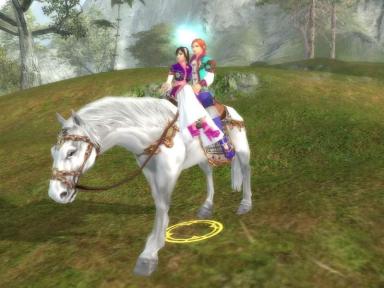 Perfect World, one of the largest online game operators in China and east Asia, announced today that it will invest $100 million in a venture capital fund.

The company will join the unnamed fund as a limited partner to invest in technology, media and telecommunications companies. That could include companies similar to social game developer Zynga, which has built a reportedly robust business from virtual goods sales and casual games and is preparing for an initial public offering to raise up to $1 billion. Those games use a “freemium” model, which let users play games free and charge for premium features.

Perfect World’s games, which are closer to World of Warcraft than Farmville, have booster packs that help players become more powerful faster for sale.

Perfect World has launched 12 games altogether, with most carrying at least one “expansion pack” that the company retails as a new game with additional content. Several games in Perfect World’s portfolio containing more than three such packages. The company’s eleventh MMORPG, Empire of the Immortals, came out in March this year. The company’s games are typically based on traditional Chinese mythology.

The company brought in $326 million in revenue last year with $9.4 million of that coming from in-game currency purchased but not used by players of various games. Perfect World made $125 million in profit from that revenue.