You can burn your dread, you can reach out to the truth, but — either way — you’re going to have to kick some butt.

Persona 4 Arena Ultimax (don’t ask me what an Ultimax is) is the second fighting game based on the Persona series of Japanese role-playing games. While it has the 4 in the title, the cast of Persona 3 is just as much a part as Persona 4’s crew.

The sequel adds new characters and modes, and it continues the original’s story. Persona fans and lovers of developer Arc System Works’ 2D fighting games will find plenty to love in Ultimax. 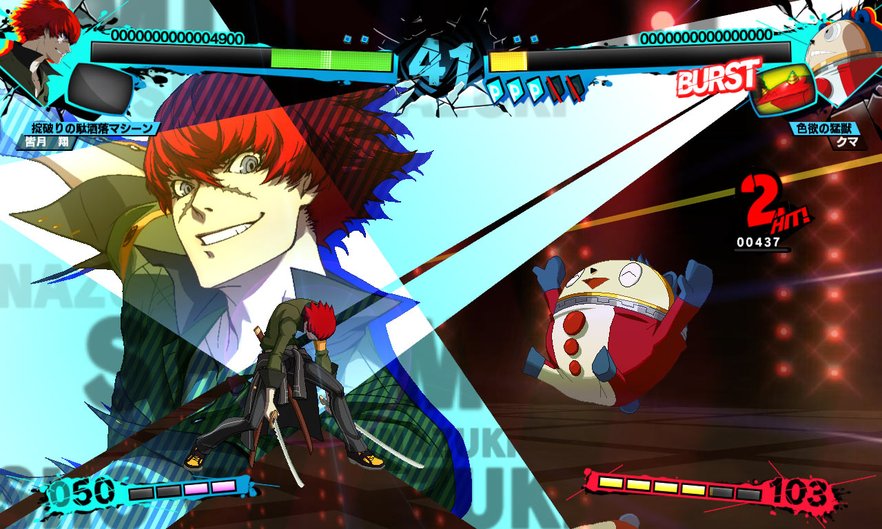 Above: Somehow, these two characters are in the same game.

Like the original Persona 4 Arena, Ultimax uses beautiful 2D sprites in a hectic, fast-paced, combo-based fighting game. Not only can every character fight with basic attacks and special moves, but they can also summon their Personas to help them during battle.

It’s both familiar and clever. Anyone who’s played Arc System’s other fighter franchises, like BlazBlue and Guilty Gear, will quickly get a grasp on the hectic gameplay, but the various subsystems that the JRPGs inspired (like the Personas and the additions of status effects) add a lot of depth.

Also, while Ultimax is actually complex and difficult to master, newcomers can quickly pull of flashy combos (each character can execute at least one impressive sequence of moves by simply pressing one button over and over). They’d never beat a more experienced player who knows more techniques and more effective combos, but at least a newbie can put up something of a fight before they master the intricacies.

Ultimax adds five new characters, and they each make worthy additions to the roster. Junpei wields a baseball bat, and a ballpark scoreboard actually appears next to his super-meter. If he gets enough hits and runs (which he earns by hitting the player), he can enter a powered-up state. Sho Minazuki comes in two forms, one of which actually doesn’t have a Persona, so he plays more like a traditional fighting-game character.

Most of the characters also now have Shadow forms that you can select. These versions focus more on offensive traits, suitable for those that prefer a high-risk, high-reward style of play. 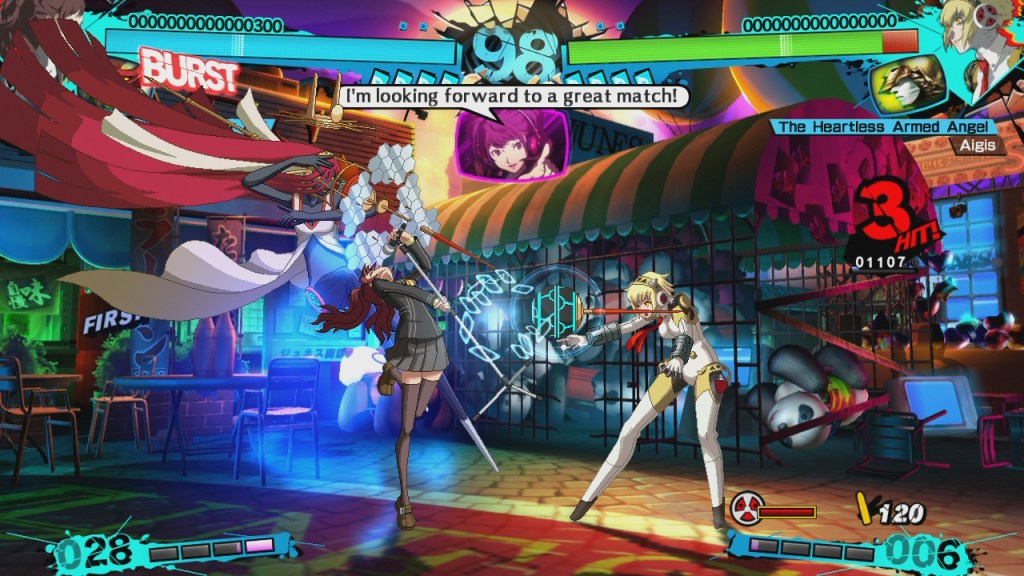 Above: I hope MMA fighters start using that pose.

The original Persona 4 Arena featured a lengthy story mode that united the casts of Persona 3 and Persona 4 and continued their stories. Ultimax starts right where it left off, although you now play through just two campaigns that focus on each group, instead of playing out stories for each individual character. This is actually a welcome change, since it results in less repeated content.

Still, the story is massive, and it’ll take a good chunk of time just to get through it. It’s mostly text and dialogue, with the actual fighting taking a back seat (it’s all pretty easy to beat, and you can even set the fights to take place automatically if you don’t want to deal with them). It’s more of a visual novel than a game, but it’s great for fans of the series to see their favorite characters return and interact with each other.

Ultimax’s new mode lacks anything in the way of a story, but it focuses on the JRPG series’ other famous trait: grinding. You pick one character to fight as and a support character, and then you pick a dungeon (which is basically just a series of battles). You earn experience points when you win fights, which can then level up your main and support characters. This increases your stats and gives you abilities (like ones that will slowly regenerate health).

You probably won’t beat a dungeon in one go, and you can’t start over in the middle of one if you lose, but you keep your character’s level even after you fail. That means you’ll always become stronger, so you’ll eventually make it to the end. It’s a fun way to add a progression system to a fighting game. 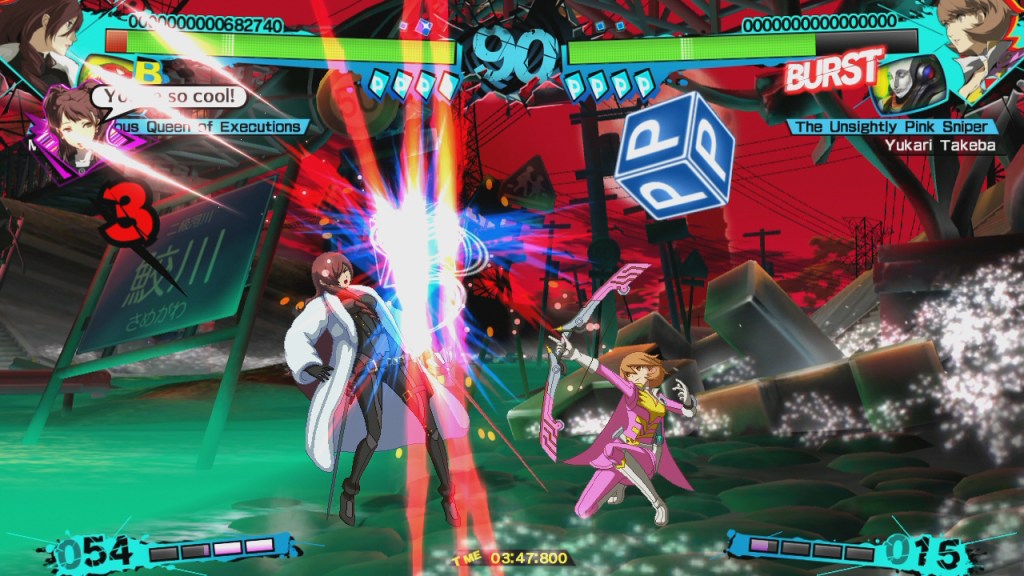 Above: She used to be alive, but then she took an arrow to the face.

The story is too long and a bit unsatisfying

It is nice to see another Persona story, and I did mostly enjoy it. But, man, is it long. I know I praised it for being less redundant than Persona 4 Arena’s, but having the two campaigns still causes some overlap. The story reveals mysteries and character motivations to you twice, and the same theme gets shoved down your throat over and over (people are stronger when they have friends to support them, we get it.)

Also, without giving things away, it still doesn’t feel like everything is completely resolved by the end. With Persona 5 on the horizon, how much longer are we going to drag this out? I want to see some of this stuff wrapped up a bit more neatly.

While having five new characters is nice, it’s a bit bittersweet to know that publisher Atlus is already advertising three more fighters as downloadable content. Two of them are free (for just the first week), while you have to pay for the other. If those characters are ready, why can’t we have them now? It’s especially painful when the story mode teases them so much. I understand the business reasons for holding them off, but it would have felt a bit less slimy if Atlus hadn’t announced them before the game even came out.

Persona 4 Arena Ultimax does everything a good fighting game sequel should. It adds new characters, modes, and other changes that improve the experience. The story is a bit long, but it features plenty of fan-service for devoted followers of the series. If you enjoyed the original Arena, this is an easy recommendation.

Persona 4 Arena Ultimax is out for Xbox 360 and PlayStation 3 on Sept. 30. The publisher provided GamesBeat with a copy of the PlayStation 3 version for the purposes of this review.