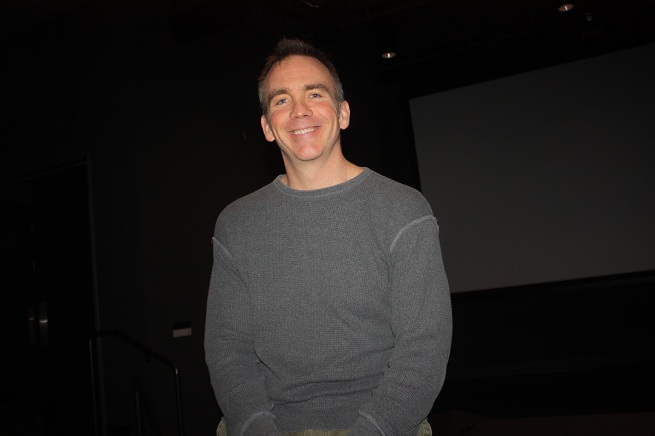 I met Pete Parsons before Halo came out, as he was going around the country evangelizing the first-person shooter on the Xbox game console that Microsoft was about to launch way back in the fall of 2001. I recall his enthusiasm as marketing director at Microsoft, always promoting the idea of doing a pioneering shooting experience on consoles that, frankly, were inferior to the PC. Now, Parsons is still doing the same thing, only he is promoting Destiny, the next shooter from developer Bungie. 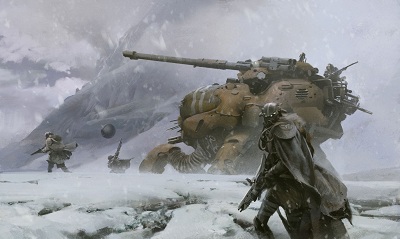 As chief operating officer at Bungie, Parsons must help lead the 350-person team do the enormous amount of behind-the-scenes work in bringing the persistent world of the always-connected Destiny to life. Activision Blizzard is planning on publishing a series of Destiny titles over the next decade, and Parsons will play a big role in making that happen.

Parsons left his job at Microsoft to become the COO at Bungie after Halo launched. In 2007, he left Microsoft to start Meteor Solutions, a viral-marketing startup, and worked double duty for a time. As Bungie prepared to leave the Microsoft fold and move on to a new franchise, Parsons came back. He returned to the studio in 2010. Parsons is now fully focused on getting Destiny out the door and managing the culture and talent inside Bungie’s 80,000-square-foot headquarters in Bellevue, Wash.

After a few years of secrecy, Bungie finally revealed concept art from its new game universe while announcing that Destiny would debut on the PlayStation 4 (and likely other platforms). We visited Parsons at Bungie HQ last week, and here’s an edited transcript of our conversation.

Pete Parsons: [Laughs] Well, I think it feels good to be Bungie right now. We’re always about doing great things and ambitious things. That’s because we have such a great team, because we can do that. It’s a great time to be at Bungie. It’s an energy that many people haven’t felt since some of the earliest days of Halo. That’s exciting. We still have a lot of the old guard around, but we’ve been able to bring on a massive amount of new talent. 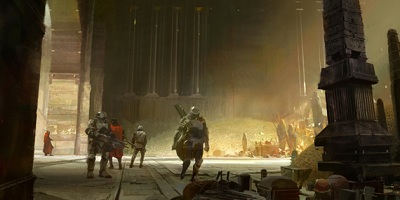 GamesBeat: Did somebody in particular sell you on the idea of Destiny? I think you came in after it started, right?

Parsons: No, we’ve all been working from the very beginning. Well, it depends on how you look at it. Destiny has been an idea bouncing around since even before the technology to make it existed.

Destiny is very much a product of everybody at Bungie, but its inception comes from Jason [Jones, co-founder of Bungie]. This is very much a vision that Jason has. Then, he gathers a small group of really talented people who have been here a long time, and they begin hammering on it. It’s had multiple incarnations until it finally landed into what it is today. That’s fun to watch. Not just on technology, but art and story.

GamesBeat: It sounds like you did have options, though. Was there a point where you bought into Destiny and said, “I want to do this too?” For 10 years or whatever it will be.

Parsons: As naïve as this may sound, if Jason believes in something and he’s ready to go for it, I’m in. No joke, I still walk in the door every day and think, “Who gets to do this? This is awesome, to be a part of this thing.” Even when I’m having a shitty day, I feel that way. There are so many other things I could do that, for me, wouldn’t be as satisfying or as interesting. They might be enriching. They might satisfy some level of my curiosity. They might be exciting. But there’s something about these people and this place.

GamesBeat: Did you feel any tug when Halo went off in another direction, with Microsoft’s 343 Industries, and then Bungie went its separate way with Destiny?

Parsons: Personally, I did not. I love the Halo universe. I think it’s great. It inspires me. It inspires my children. They’ve never played, but they know the universe. One, though, I’ve spent a lot of time with Halo. Two, the mythic science fiction of Destiny immediately attracted me. It was that first image … It’s a simple image, but it took weeks of back-and-forth to put together. There were a few images already, maybe three or four, but they didn’t speak to what it was. The moment that image was done, it was like, “That’s it.” That’s the game. That’s the idea. That’s a place that I want to be. 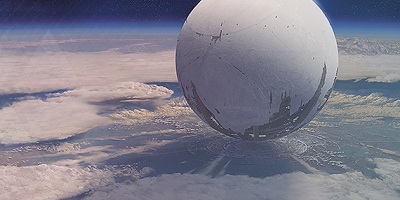 GamesBeat: Is that published now? Which image is that?

Parsons: I don’t know if it’s ever been published. It was just this very striking image that had that feeling of — this is not purely a science fiction universe. It’s not just about two big military-industrial complexes smashing into each other. It’s a place with myths and lore. There’s a guy with sci-fi armor on, and yet he’s got a rifle that looks like it’s from an ancient desert somewhere. It was super cool. That certainly spoke to me. I didn’t look back.

At the time, we were working on both Halo: ODST and Halo:Reach. I still love the Halo universe. It’s an interesting place. But I think what we’ve been able to do is create an incredibly deep fiction and a place that you’re going to want to be in.

GamesBeat: You had a leak. You had some interesting reactions. What was it like, looking at the reaction from the inside?

Parsons: You’re never really excited when you first learn that a leak happens. Then you get to see the reaction. We had this really quick thing. We said, “There’s a leak happening. We can either say nothing, or we can say, ‘Yeah.'” Instead of looking at images that we didn’t want you to see, let’s give you one that we want you to see. So, we released the picture of the Fallen. When our community, who we love, reacts so positively to an image — “Oh my God. That’s so great. That’s a place I want to be in. I can’t wait to learn more about that” — we go from, “Oh, man” to “Sweet!” Within less than half an hour, we were like, “This is the course of action. Let’s go.”