GamesBeat: What was it like in the run-up to the revelation announcement here?

Parsons: It’s a much longer run-up to our reveal, right? It was part of our reveal. It was very exciting. These are the times where you’re tired. People have been working around the clock. Jim McQuillan [director of visual identity at Bungie] and his team upstairs making videos haven’t left in days. You guys probably said it earlier, but everybody here considers themselves a storyteller, no matter what discipline they’re in. That means it’s entertainment. This is big entertainment. When you’re about to go on stage, as tired as you are, you get pretty pumped for it. It was super fun last night. We sat down right before the Sony event and got the team together for a quick meeting. Everybody’s feeling it. Most important, though, people are playing the game. That’s what’s most exciting.

GamesBeat: Are you interested in working with a new platform? 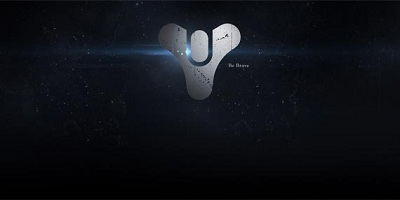 Parsons: Yeah. From the very beginning, we said that we want to be able to bring our stories and our adventures to as many people as possible. That was something we’d been planning on for a very long time. It’s exciting and hard and interesting when you’re learning about other platforms. At the end of the day, though, it’s part of what we set out to do.

That’s not just PlayStation. That’s mobile. We came out with Bungie.net in 2004, and it was revolutionary. Now we’re saying, “How do we make sure that we can connect you, wherever you are and whatever your mood, to the Destiny universe?” That meant a big exploration of mobile. I think they showed you the user-testing lab next door. The very first thing that was tested in that lab was mobile. We’ve made some big investments there, because we think that, as awesome as stats and groups and messaging and all those things are, we just think there is so much more there. When we’re building a universe that has so many more stories and so much more depth, there are too many stories to tell just inside of that.

GamesBeat: The PlayStation 4 is a “nice piece of gear,” Jason said? [Laughs]

Parsons: I think that if Jason Jones says it’s a nice piece of gear, that’s a huge compliment. The team here is excited about it. We’re excited about the future in general. When we had a chance to say, “What do we want to do? How do we want to do it?” not only did we think about the stories we wanted to tell, we thought about how we make sure that we could be wherever we want to be. What does that mean to the way we’re going to build our game and the way we’re going to build our technology and the way we’re going to design our stories or the way our community interacts? Then you have the much more practical question of, “How do we future-proof? What do we think the next steps look like?”

GamesBeat: The one thing that seemed to cause some confusion out there was whether this could be called an MMO or if this is more like a single-player campaign-ish thing. Is there a new name for whatever this will be? “Universe” is a little vague. 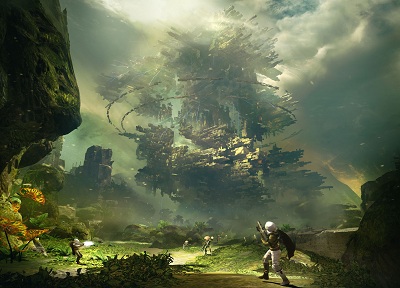 GamesBeat: You left for a while, and you got sucked back in, right?

Parsons: Yes, I did. You might call it a leave of absence because I was still hanging around Bungie. But yeah, I left for 16 months to do Meteor, which was acquired in November. You wake up in the morning, though. As much as I loved doing Meteor, I wasn’t waking up in the morning thinking about high-end analytics for publishers. As awesome as the team is today, with Ben Straley and company, I was waking up thinking about games. So I came back to the family.

GamesBeat: Do you feel like you learned something from that?

Parsons: Oh, yeah, doing a startup? There’s nothing like making new technology, getting funding, and then watching as you start running out of funding and have to change your course. It’s a great story. I can’t tell you how much I learned. The other thing is, coming back to Bungie, I knew that we were going independent and knew that this was going to be like a large and ambitious startup. How do we think about that? What do we need to do to change? How do we prepare for the talent we know we’re going to need to bring on?

I don’t know if you know, but this theater was not built for family movie night. It was specifically designed knowing that the team was going to have to get significantly larger. We were thinking about those kinds of things — the kind of theater we were going to build, what the production floor would be like, making sure we have a free-lunch program so we can make sure new employees meet old employees. We even have something called Bungie University where there’s more than 60 hours worth of video. Starting from when we kicked off Destiny to the team at large in August 2009, you can watch all the way until now.

GamesBeat: Is it like scaling up the culture of the company?

New things that need to come in: the free-lunch program. There’s even an internal website. For the first six months you work at Bungie, if you pay for your own lunch, you’re a chump. You can walk up to anybody and invite them out to lunch, or they can walk up to you. You go out, have a nice meal, talk about whatever you want, and expense it. It’s a huge expense, but it has a huge impact on the team as you get larger. People feel like they know each other. When they’re up against a milestone, instead of reaching out to a stranger, they’re reaching out to a friend. That’s a powerful thing.

As much as possible, I give every new employee a tour of the studio on their first day. Four to six weeks later, I take them out to lunch. What I want to know is, how are we doing? What sucks? What’s awesome?

We take those ideas seriously. I want to do it in that four to eight weeks because that’s before they become cynical and jaded. [Laughs] You want to get that perspective. It’s great to hear the feedback, including that Bungie has remained a place where, whether you’ve been around for more than a decade or whether you’re just a few weeks in, what you do matters.