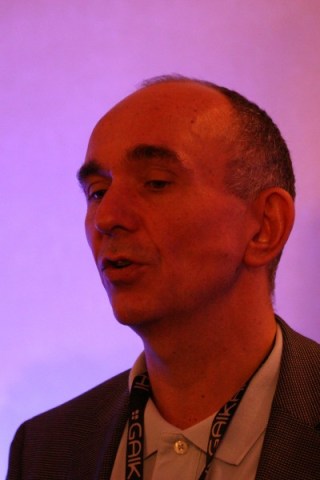 The account — which gained over 19,000 followers and cited by many as the funniest  account on Twitter — clearly stated that it was not the real deal. It also doesn’t have Twitter’s “verified” seal of authentication. But that hasn’t stopped some people from taking it all too seriously.

Molyneux, perhaps best known for creating the Fable series of games, has a reputation for occasional flights of fancy (a.k.a. hyping up a game that sucks) as well as thinking outside the box.

The parody Twitter account @petermolydeux was created by an anonymous game developer who previously worked at Molyneux’s studio Lionhead. The account routinely drew on the notoriously eccentric side of Molyneux’s character, producing random thoughts and musings such as:

“Have you ever played a racing game and wanted to play as the road rather than the cars? I know I have…”

“You know in cut scenes when it says ‘3 months later…’? What if the game ACTUALLY locked your save file for 3 months?”

“I’d love the idea of trying to make a Mario game in which Mario is unable to jump.”

“You live in a little house made of guns. You need many guns to fight invaders but also need to keep a roof on top of your many children”

“You know, my dream for gaming is where in one game you’ll shoot someone and then during a game of say Fifa you’ll see their son crying”

More recently, the person responsible for the fake @petermolydeux Twitter account (we’ll just call him “fake Peter”) began creating videos spoofs of ridiculous prototype games, like a survival horror bowling title. Those may have been a step too far, having since been pulled from YouTube.

But we might not have heard the last of fake Peter. As Kotaku reports,  fake Peter said he made contact with Lionhead studio, and “their general thoughts regarding the account seem to be positive, but it’s looking like they want me to change the use of the logo in the videos I’ve created, and to make it even more clear in my bio that the account is fake.”

Fake Peter also added, “they do actually have people getting in contact asking about the fake prototype videos I’ve created, which I can understand must be frustrating.” (Yes, frustrating and even more hilarious.)

Regardless of whether you’re familiar with fake Peter’s work, you should really watch the video message he left for fans on YouTube yesterday (embedded below). As @petermolydeux says himself, “it highlights just how insane the thought of any of this being real actually is.”