Kongregate and 22cans announced they will launch Peter Molyneux’s The Trail: Frontier Challenge to PC via Steam this summer.

The exploration title from the charismatic game designer and his 22cans studio debuted in November on mobile devices, and it has done well enough to merit a PC version. The new version has been completely rebuilt and redesigned for a PC audience. It includes new character skill upgrade trees and more strategic gameplay. That new direction also matches Kongregate’s own expansion from web and mobile to Steam.

The Trail enables players from across the globe to explore together. They can collect, craft, trade, and make the journey across a mountain range to the frontier town of Eden Falls. Players can amass fortune and notoriety, work together to build a thriving community in Eden Falls, and ultimately become the leader of the most successful town on the new frontier.

The launch is a relatively quiet one for Molyneux, the creator of the “god game” genre and winner of multiple lifetime achievement and hall of fame awards. He made titles such as Populous, Black & White, Fable, Curiosity, and Godus over a career that has spanned decades. But Molyneux was heavily criticized by some in the press for hyping games and failing to deliver them as promised. He backed off on making such claims and even said he would stop talking to the press in 2015. He has done interviews since then, but The Trail debuted on mobile without fanfare. Mobile measurement firm Sensor Tower said The Trail has been downloaded 8 million times. 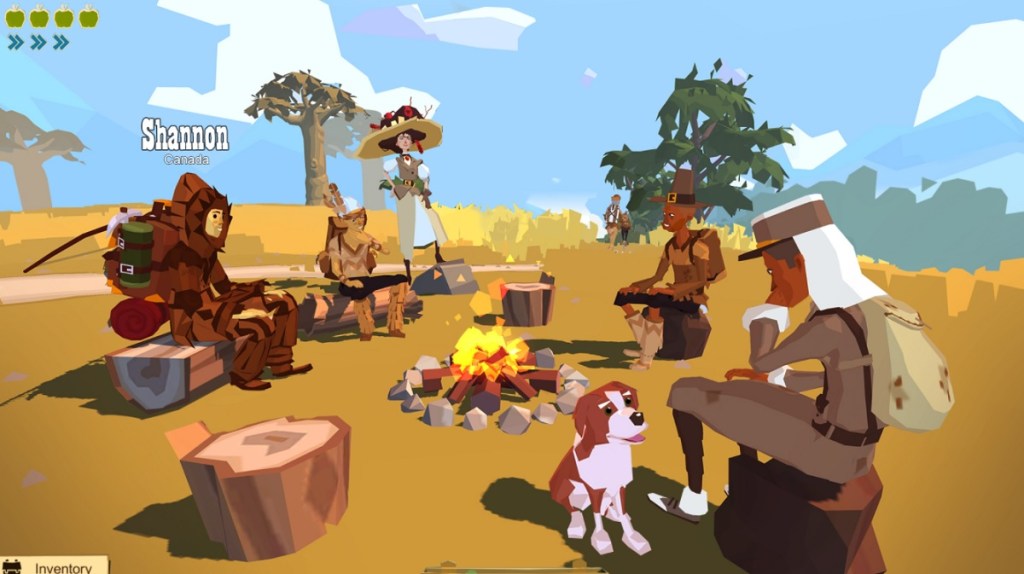 Above: 22cans has adapted its mobile game The Trail to Steam.

“Our goal with The Trail: Frontier Challenge was to take the core gameplay and narrative of The Trail on mobile and reimagine it for Steam players,” said Peter Molyneux, the creative director at 22cans, in a statement. “PC players are looking for a completely immersive and uniquely challenging experience and I think they will be pleased with what we’ve created.”

Molyneux added, “The gameplay has been developed to be far more strategic. For example, players will now have to balance what they carry in their packs against how fast and far they can travel. Bigger items are heavier and slow you down, smaller items are lighter, so you can travel faster.”

In a follow-up email, Molyneux said he will only talk about games that are released. And he will do press interviews in Europe and the U.S. for the PC release. He’ll focus on talking about the challenge in taking a free-to-play game to a premium title. He said those changes took a full eight months of development to prepare. And in the PC version, he said that reducing the player’s freedom “has resulted in considerably more depth.” And he noted that making a massively multiplayer game is uniquely challenging because the team has to restrict player interactions and make them part of the reward system.

Steam players will also experience weather effects, which can affect their progress on the trail. Extreme cold requires additional food while muddy terrain can slow hiking. But players can invest in improved clothing and gear to receive various buffs to help counteract these effects. After reaching Eden Falls, travelers will have the opportunity to set up shop as one of five professions: Explorer, Hunter, Lumberjack, Cook, or Tailor. Each profession has its own skill tree to progress through and can only be mastered when every skill is unlocked. 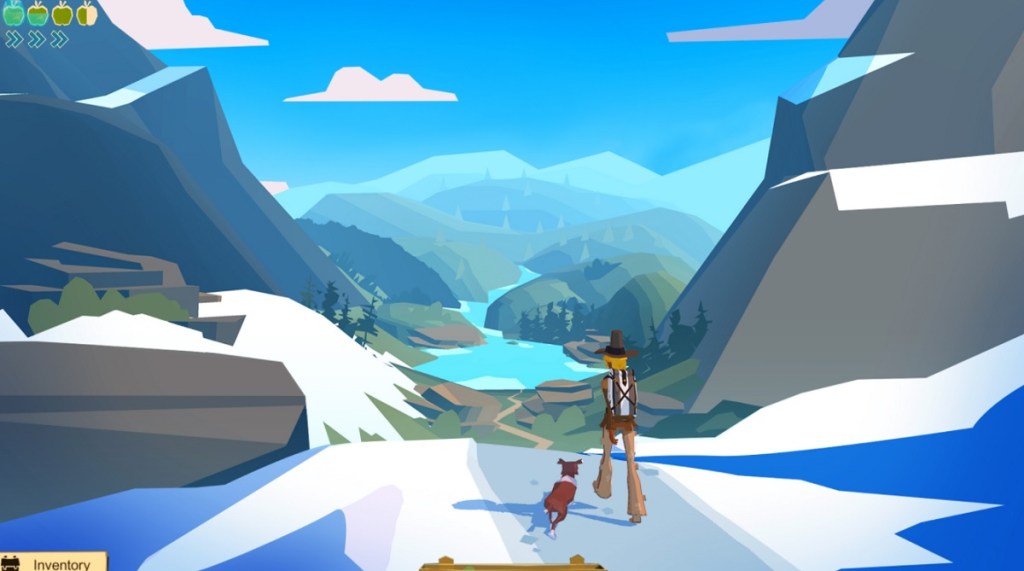 Above: The Trail has a retro art style, but it still aims to impress you with majestic vistas.

“One of our main goals as a publisher is to empower developers to create unique experiences for players on any platform,” said Emily Greer, the cofounder and CEO of Kongregate, in a statement. “So when 22cans told us their vision for a Steam version of The Trail, we were very excited to continue our partnership and bring The Trail: Frontier Challenge to a new audience. PC players will be pleased with the thoughtful approach the team took to adapting the concept of The Trail into a more strategic, immersive vision for Steam.”

The Trail: Frontier Challenge will launch this summer at 10 percent off, and it will be regularly priced at $15. Players can wishlist the game on Steam today to receive notifications when it launches.