And it kind of rules.

That premise sounds ridiculous, but it is best to think of Phantom: Covert Ops as Metal Gear Solid in a kayak. I played a demo during a pre-E3 showcase of Oculus games last week in Santa Monica, getting to try Phantom out on the Oculus Quest.

I’m not a big fan of first person shooters in VR. I’m the type who can easily get sick in virtual reality. But for some reason, having the action take place in a kayak made it feel better. You play Phantom in your tiny boat, using your controllers to steer the kayak like you would in real life. You alternate between left and right strokes to go forward, focus on a single side to steer, and so on.

Maybe it’s because being in a virtual kayak gave me an excuse to sit in real life and still feel immersed, but this was much more relaxing than your typical VR shooter. Aside from the whole boat thing, Phantom is like your typical stealth game. You’re avoiding enemies, trying to stay out of spotlights, and using weapons to either take out or distract enemies.

I decided to go through without killing anyone, so I spent more time shooting out lights than aiming at people’s heads. At one point, I also had to plant a bomb on a piece of debris in order to make a path. It often gives you multiple ways forward, so you get to decide your route. Some will focus more on depending guards, while others will test your ability to steer through moving searchlights. 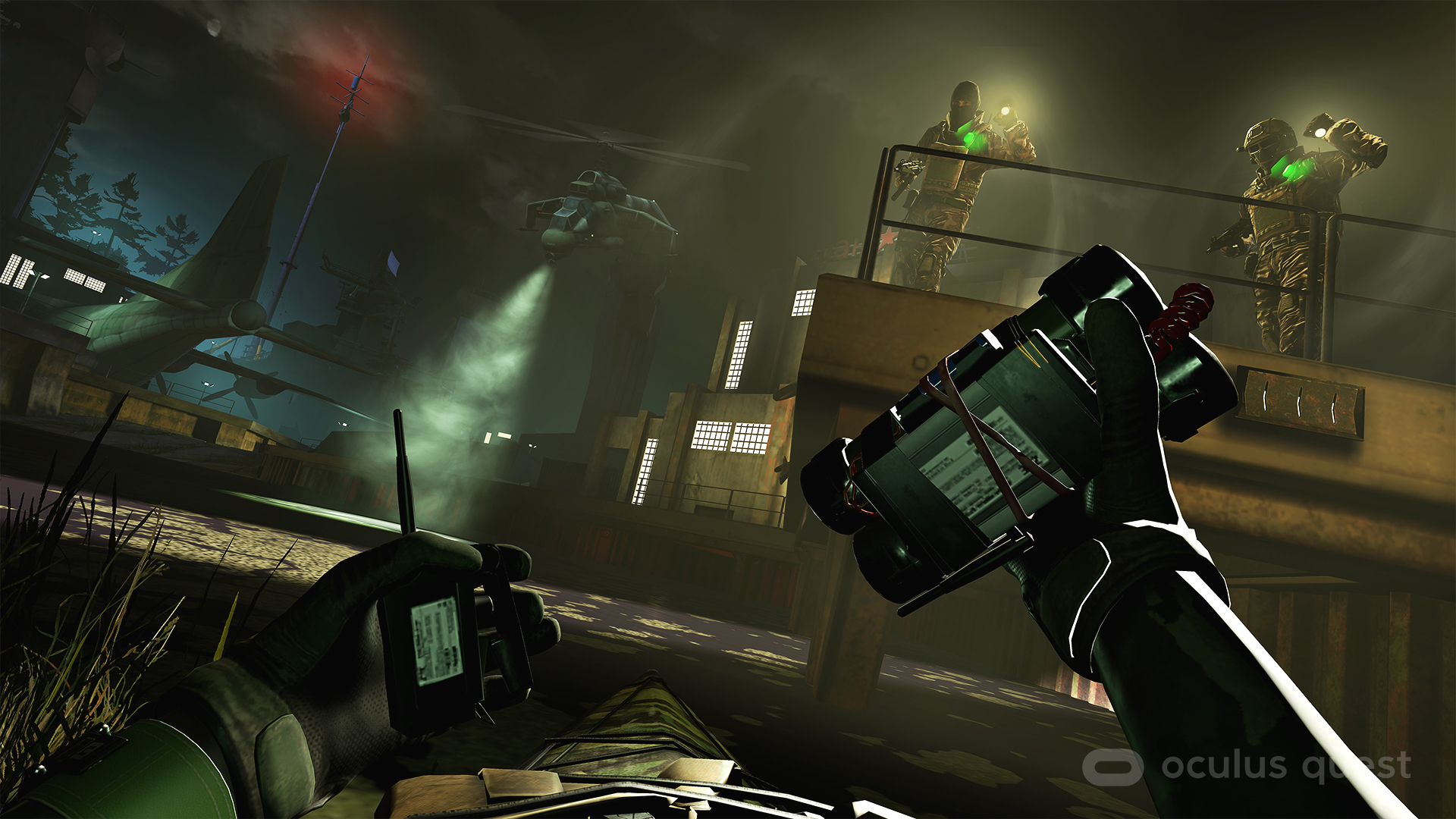 Of course, moving in a kayak can be a lot less precise than just walking around. Sometimes I would just need to move a few inches, but that would be hard to do without accidentally moving my boat far away from my objective (and into enemy fire).

I also wish that it would be a bit more tongue-in-cheek. I mean, this is a game about covert ops in a freakin’ kayak. First off, the name does nothing to convey that. Why not just call it Kayak Ops or something? It takes itself dead seriously, with realism winning out over the kind of goofiness you would expect from a game that takes place inside a tiny boat.

Those small complaints aside, I enjoyed my Phantom: Covert Ops demo. It is one of the more comfortable and clever takes on VR stealth.