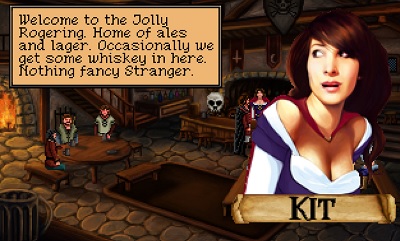 Above: Quest for Infamy

The label, Phoenix Online Publishing, is headed by former game journalist Scott Steinberg. It will focus on story-based games in a variety of genres.

Jensen, who runs the new Kickstarter-funded game studio Pinkerton Road, is working on Moebius: Empire Rising for the PC, Mac, and Linux. The title is scheduled to debut on April 15. It is the first in an all-new series of paranormal mystery adventures from Jensen. Players will step into the shoes of Malachi Rector, a brilliant antiques dealer and historian who can figure out interactive puzzles.

Phoenix Online Publishing says, “Players will learn a startling truth about space and time in this metaphysical thriller: Our actions are but a single thread in a larger pattern of life and history, and it’s up to you to stop others from pulling their strings.”

Steinberg believes that games like BioShock Infinite and The Last of Us — two of the major blockbuster titles of 2013 — show that storytelling in games is back, and that it will happen on both mobile and desktop devices. He also sees a rebirth of adventure games and a rising number of game development stars heading toward mobile. There’s also a big retro movement among older gamers.

All of these themes are reflected in Phoenix Online Publishing’s initial lineup.

Quest for Infamy is a role-playing title for the PC, Mac, and Linux. The game from developer Infamous Quests is a humor-filled fantasy epic that resembles a classic PC RPG. It will debut in the second or third quarter of 2014 on PC and Mac.

The Last Door: The Collector’s Edition will debut in the second quarter on PC, Mac, Linux, iOS, and Android. The title, set in Victorian England, is a high-suspense horror adventure with ancient manors and twisting underground warrens. Its developer is The Game Kitchen.

And Icarus Studios’ Lost Civilization will debut on April 15 on PC and Mac and in the second quarter on iOS and Android. In this title, the player has to rescue a kidnapped fiancé. Amateur archaeologist Suzanne has to journey from the dark corners of Prague to the forgotten places of the Mayan civilization, solving puzzles along the way and unraveling ancient secrets.

The label plans to publish games on both retail and digital platforms.

“Every game and game developer has a story waiting to be told … stories [that are] our distinct pleasure to help creators tell by partnering with leading indies to successfully launch games across all genres and platforms globally,” said Steinberg in a statement. “By shining the spotlight on independent game developers and providing the full range of business management, marketing, and promotional services they need to support their creative vision, we’re proud to provide studios a lasting foundation for success and bring players the deeper, richer, and more engaging game experiences that they crave.”

Phoenix Online Studios is the publisher of Cognition: An Erica Reed Thriller and The Silver Lining. 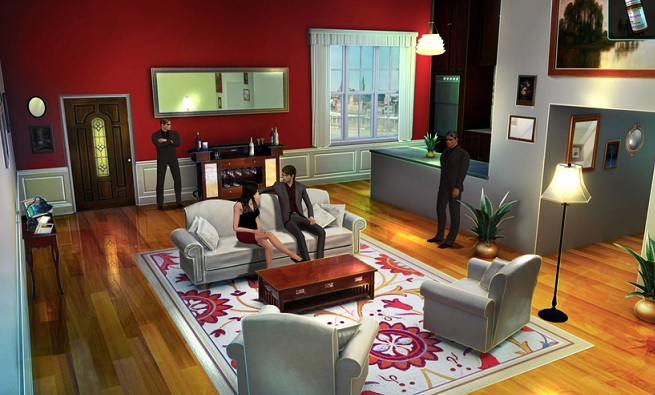