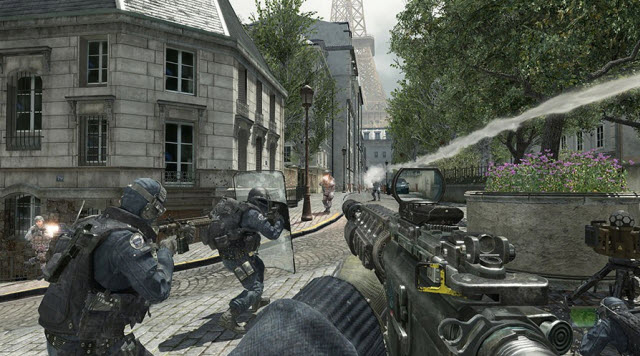 Call of Duty Modern Warfare 3 doesn’t come out until Nov. 8. But pirates have already obtained the video game — one of the most-anticipated of the year — VentureBeat has learned.

The PC version of the game, or at least part of it, has been circulating among pirates in the U.S., who illegally copy and share it without paying Activision Blizzard or its retailers. That’s a big problem, as Activision Blizzard is expected to sell more than 20 million copies of the game in 2011 alone, according to Arcadia Research. That amounts to more than $1.2 billion in sales at retail.

Piracy has always been a problem with video games, especially for PC titles. But the pirates go after Call of Duty because it’s the big prize. Every year, a cat-and-mouse game ensues. Activision Blizzard closely monitors manufacturing in the weeks leading up to shipment, since it only takes one stolen disk to set off the viral spread of pirated copies. But it’s hard to stop inside jobs.

Evidently, pirated discs began to spread quickly after an employee at a shipping warehouse (run by a huge shipping company) in Fresno, Calif., stole one disc. It’s not clear how many full copies spread this way, as the disc that was stolen was apparently Disc 2 of a two-disk set for the PC. Security may have been too tight for the thief to steal the other disc.

The same course of events happened before last year’s launch of Call of Duty Black Ops and the year before that with Call of Duty Modern Warfare 2. But sales of the franchise keep climbing.

Investigators are using the same tactics as last year, knocking on doors around the country and asking people nicely to turn over and delete their pirated copies of Modern Warfare 3. Rather than face fines, many complied.

A Modern Warfare pirate who was caught posted a message (below) yesterday on Craigslist. In it, the person warns others not to buy MW3 before the release date because “they will come get you.” The post says “you will be fined $5,000” and it could result in permanent banning from online play. Then the person adds, “I already went through it.”