A day before the Penny Arcade Expo, I went to Uber Entertainment’s studios in Kirkland, Wash. to talk to Jon Mavor, the studio’s chief technology officer and creative director for Planetary Annihilation, an upcoming real-time strategy (RTS) game that has reached it’s Kickstarter funding goal and — with just a few days left for funding — is close to doubling it. I spoke at length (you’ll be able to read the full transcript of the interview shortly) with Mavor about everything that Uber is doing. But most importantly, we discussed Planetary Annihilation, a spiritual successor to the acclaimed Total Annihilation that Mavor and a number of current Uber employees originally worked on.

Planetary Annihilation has been in concept for about three years

While Total Annihilation released back in 1997, Mavor has been playing with the concept of an interplanetary RTS for a few years. Sure, he worked on 2007’s Supreme Commander, but Mavor has toyed with ideas like hurling asteroids at planets since the development of Super Monday Night Combat. “Visualization started about three months ago,” Mavor told VentureBeat in an exclusive interview. “We’ve been working on the engine tech and thinking about the game for literally a couple of years. I’ve had the idea rolling around in my head for [at least] that long.” The technology behind the game has been in production for several years now, though, specifically on the server end thanks to UberNet.

UberNet is Uber Entertainment’s back-end server network, which the developer has been creating and refining for both its own games and third-party titles. With UberNet, Planetary Annihilation will be completely server-based.

Planetary Annihilation lets you run your own servers 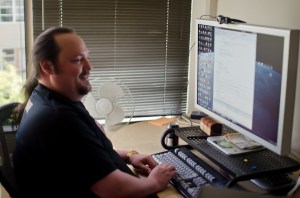 Above: Jon Mavor, the creative director on Planetary Annihilation

Mavor is adamant about making Planetary Annihilation as friendly to players as possible. Matches are persistent — one competitor can leave and not disrupt everyone else — and playable via Uber’s official servers, or users can meet up on their own servers. Through UberNet, players can access a matchmaking service where they can challenge anyone around the world, or they could choose to just start a quirky game with friends.

“This is something … that the community asked for. You can play on [Windows, Linux, and Mac]. You can set up a Linux server and then play on your PC if you want or any combination thereof. They said, ‘We want DRM-free [digital-rights management], and we want to be able to run LAN servers,'” said Mavor. And while UberNet doesn’t currently support clans or tournaments (something that the company is actively working on) users can create their own. “The difference between our official servers and end-user servers is how we set them up. [For] end-user servers, you’ll see individuals who just want to run their own games with friends, you’ll see clans, you’ll see mod servers and different kinds of gameplay,” said Mavor.

Even if you don’t have access to your own personal server, you can still play private matches on Uber’s hardware; although, you will be restricted to Uber’s rules and current game limitations.

While my interview with Mavor took place before the fourth stretch goal, when the developer revealed a computer-generated single-player campaign called the “Galactic War,” Mavor was very clear that Planetary Annihilation won’t feature a traditional campaign. “The emphasis [of Planetary Annihilation] is on having a good skirmish mode for the single-player. We’ve seen that a lot of people play through the campaign once or twice and then never play it for a decade. But skirmish they play all the time.”

My own experience with Total Annihilation mirrors Mavor’s sentiment, but the beauty of having a campaign is not only to share a story (a narrative background for the game), but also to teach players how to play at a professionally set pace. Mavor thinks that’s unnecessary. “Our approach on Total Annihilation was the model — kind of like the Command and Conquer model. The game hadn’t been made before. We really didn’t have any notion of what we could change and get rid of, and nowadays, we do. There’s a built-in community already that’s going to teach you bottom play. There [are] built-in community players already.” With so many fans of games like Total Annihilation or Supreme Commander, the install base for Planetary Annihilation is already set. The people putting money in the Kickstarter, according to Mavor, are the people who already know how to play or will know how to learn from the community.

Planetary Annihilation is being built to run on everyday computers. The minimum specs? “Anything past Sandy Bridge as far as embedded graphics go,” Mavor stated, going further to discuss how computer hardware is stabilizing around major platforms like Intel’s latest chipsets. “[Sandy Bridge is] what I’m aiming for, but we haven’t announced final specs. To some extent, it’s too early to say because maybe we will get halfway through the game and go, ‘You know what, if we just amp the specs up a little bit …’ we’re going to have a much better game. I don’t necessarily anticipate that.”

The minimum specifications for Planetary Annihilation aren’t set in stone, but last year’s Intel processors aren’t exactly a high standard for gaming. Nearly all laptops and ultrabooks made within the past year and a half use the Sandy Bridge platform or the newer Ivy Bridge processors from Intel. However, PA will support more than four players at a time, which will require more computing power. Playing on a more powerful machine will be critical.

Planetary Annihilation will support games of up to 40 players, spanning an entire solar system 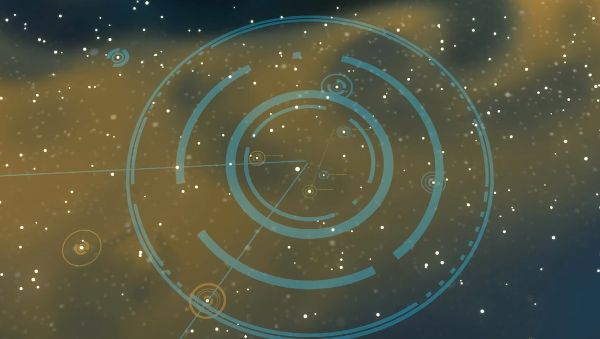 “To me, that’s a whole unexplored area of gameplay that could be really cool … but we don’t know how it’s gonna work out.” Forty-player games, which Mavor spoke with PC Gamer about, is something that Uber is still actively investigating but is wholly interested in pursuing. “The 40-player game is to see what the community goes with …. I see it as being really extra super hardcore. Like, how many people want to play a game that lasts for 40 hours, or something like that?”

I was skeptical about such a massive game because as anyone who can’t sit in front of a computer to play a game for five hours at a time — let alone 40 — it doesn’t seem realistic. But because games are persistent and played through servers, players can jump in and out anytime to do things like go to work, maintain a relationship, eat, sleep, etc. And the game will continue. Players have the option to have AI take over when they leave, or the units simply carry on in the player’s absence in autopilot. Units will defend themselves when attacked and continue performing any tasks previously assigned, but they won’t play on their own.

But how would a game like that work? Mavor sees such a massive game more playable in teams — in a solar system with several planets with four or five players per world. As individuals get knocked out, the limited resources open up to the rest of the players until only a few factions remain and wage a full-scale planetary war. “But how the hell all that’s going to work out is totally speculative. I think it’s going to be really cool, but it’s never been done before.”

An interesting sidenote regarding 40-player matches: While the game is still in very early stages of development, Uber hasn’t actually played a 40-player game yet. This shouldn’t come as a surprise; the game isn’t even close to release, something Mavor is eager to remind Kickstarter funders.