Close to the 10th anniversary of the zany Plants vs. Zombies, Electronic Arts is launching a new game in the series: Plants vs. Zombies: The Battle for Neighborville. Yes, there will be zombies on your lawn again.

I played the game at the recent Gamescom fan event in Cologne, Germany, and it brings back some memories of good old-fashioned cute combat. I like the art style, which is a blend of cartoon imagery and hyper-real physical environments. Indeed, for a cartoon, it looks so real.

Neighborville is a hub in the Plants vs. Zombies universe where you can log in and get your daily fix of multiplayer combat — the kind that began in 2014 when EA’s PopCap Games division launched the wacky Plants vs. Zombies: Garden Warfare third-person shooter.

Those who buy the digital-only Founders Edition for $30 can start playing today. EA’s developers will use the next six weeks to analyze the gameplay and squash the bugs in time for the official release date of October 18. The regular edition will cost $40 and come out on the PlayStation 4, Xbox One, and Windows PC via EA’s Origin service. 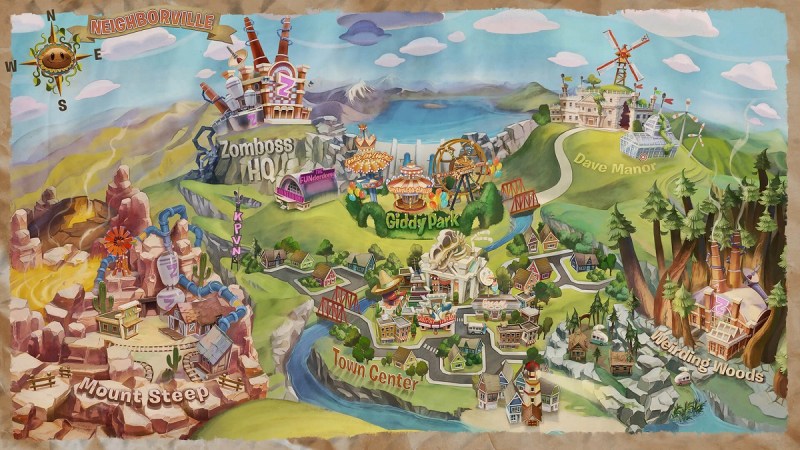 Above: Welcome to Neighborville

I fought as a soldier zombie in a place called the Peachy District. Although I was a zombie, I was able to move fairly fast in combat. My gun was like a kind of candy shooter. I thought I was doing fine until a plant burrowed under the asphalt of a street and emerged to swallow me whole.

The level looked beautiful, with lots of colorful suburban decorations. I had to battle for a piece of ground and got roasted by a flamethrower plant. Then I was revived by a superhero zombie, only to get eaten again. Sadly, it took a considerable amount of time to run back to the battlefield after each time I got eliminated. 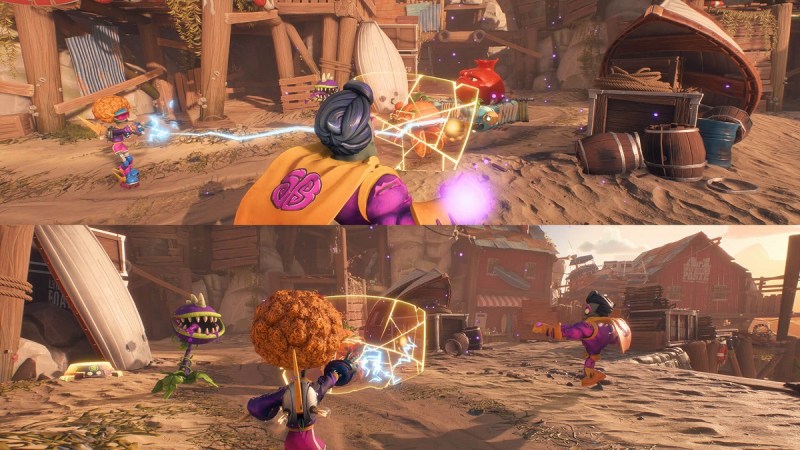 Above: Combat in Neighborville

It was a very brief session, and I never mastered my secondary weapon. But it was a lot of action and it was fun. When I got a kill, it was with a lot of fanfare that I leveled up. Then I got killed by a walking mushroom. I loved the variety of zany creatures, the cute sounds and carnival music. As I neared the second battle 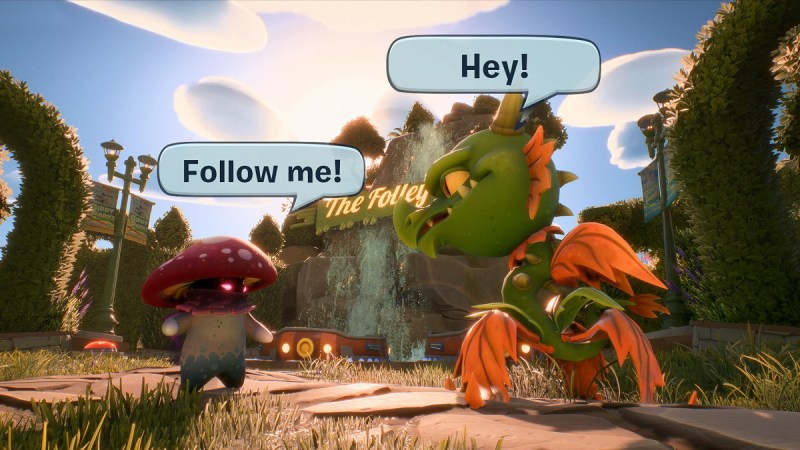 Above: Plants vs. Zombies: Battle for Neighborville is available for “founders” now.

Over the six weeks of content drops, those who buy the Founders Edition will enjoy 20 fully customizable character classes in one social region, three free-roam regions, Ops mode and six online multiplayer modes, including Battle Arena, with split-screen couch co-op in every mode for Xbox One and PS4.

The modes and features in Plants vs. Zombies: Battle for Neighborville Founder’s Edition are already final, but by giving the biggest fans a chance to come in early, the development team will be able to polish the performance as they play.

This will ensure the scaled experience for all players will run at peak levels for launch and beyond, driving towards ensuring the highest quality for the game, EA said. It also allows the dev team to gather gameplay feedback specific to each week’s content drops from Founding Neighbors on social channels, live-streams, Discord, and the official forums. 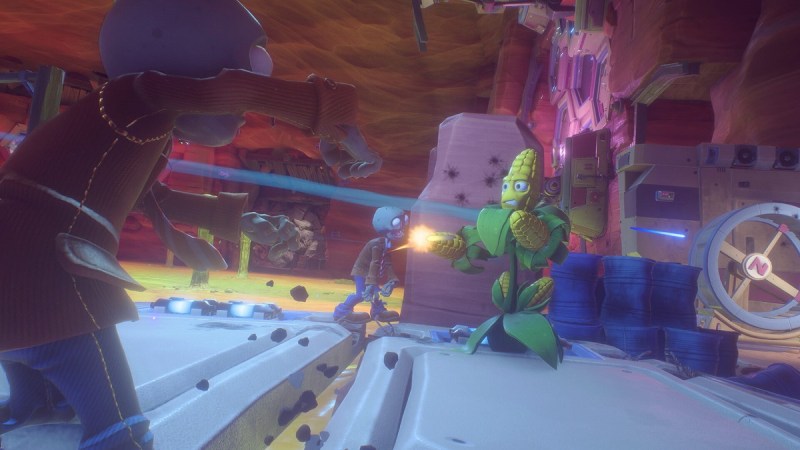 Above: The graphics of Battle for Neighborville are colorful and sharp.

The fans known as Founding Neighbors will receive exclusive cosmetic rewards for the first four weeks when they log into the game each week. These exclusive rewards include a Fire Defender item set for Snapdragon, Ultimate Champ Star costume for All-Star Zombie, and Pea of Valiance costume for Peashooter. 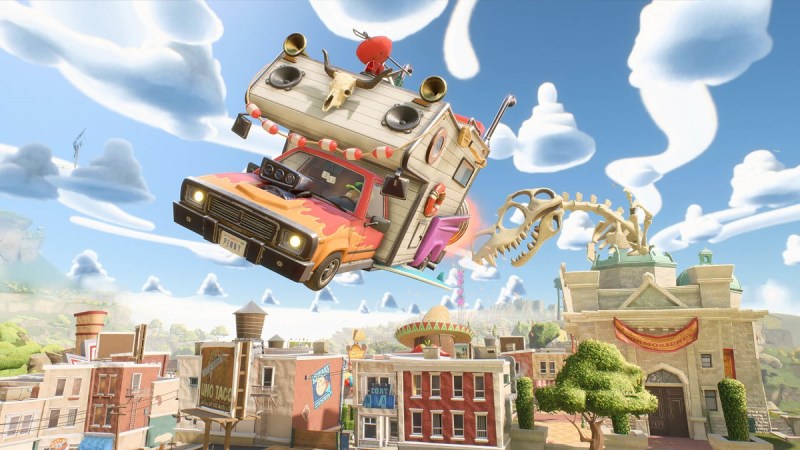 Above: I love the colors of Neighborville.

The Founders Edition has a 24-player multiplayer mode dubbed Turf Takeover, and a player-versus-environment (PvE) mode dubbed Neighborville Town Center Region. It also has Team Vanquish with 16 players, a PvE mode dubbed Weirding Woods, and some weekly events. There is also a PvP Battle Arena with 4v4.

Later on, after the October 18 launch, EA will launch Rux’s Emporium, a store where you can buy items using premium currency, dubbed Rainbow Stars. You can buy that currency with real money or earn a limited amount of it from in-game progression.