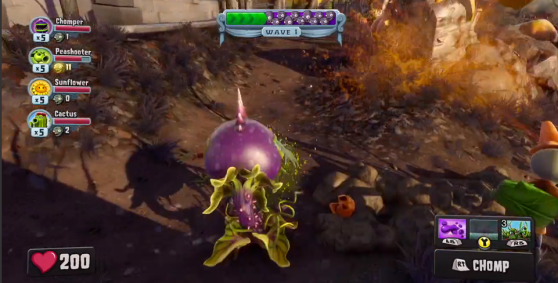 LOS ANGELES — Plants vs. Zombies is an established tower defense franchise, but it looks like this is about to change. The series is moving beyond defending your garden to multiplayer, all-out zombie and plant monster combat in Plants vs Zombies: Garden Warfare, as shown today at Electronic Arts’ pre-Electronic Entertainment Expo briefing.

Players control a squad of plants as they defend off hordes of zombies, much like the original game, but now you can directly control each unit as you take on increasingly more ridiculous monsters. Characters now have a much grittier, three-dimensional look.

Garden Warfare first popped up on banners in the Los Angeles convention center West Hall, but it was just announced during Electronic Arts press briefing.