Skynet is upon us. Are you for it or against it?

The artificial intelligence network that takes over the world in The Terminator films has now arrived on our mobile phones in the form of Terminator Genisys: Future War, a new mobile game for iOS and Android.

Tel Aviv, Israel-based Plarium is launching the clan-based massively multiplayer online (MMO) strategy game, which pits man against machine in a global battle for the fate of humanity.

Plarium has expanded the narrative that follows the conclusion of the Terminator Genisys Skydance film, where the remnants of the human Resistance are locked in a civil war over the few resources and weapons remaining.

Players start the game on a war-torn battlefield littered with Resistance holdouts and hostile Skynet facilities, just as the machines arise once again to ignite a new chapter in the Future War. In a first for any Terminator game, players will have the option to be a Resistance or Skynet Commander as they battle rival player alliances for territory, dominance, and survival.

“Pairing the Terminator Genisys universe with Plarium’s advanced strategy gameplay was one of the most natural creative decisions we’ve made because the franchise aligns so well with our core game mechanics,” said Gabi Shalel, the chief marketing officer of Plarium, in a statement. “From the epic scale of the game to the diverse weaponry, futuristic technology, and ability to play as ‘good’ or ‘evil,’ this is the experience Terminator fans have always wanted.” 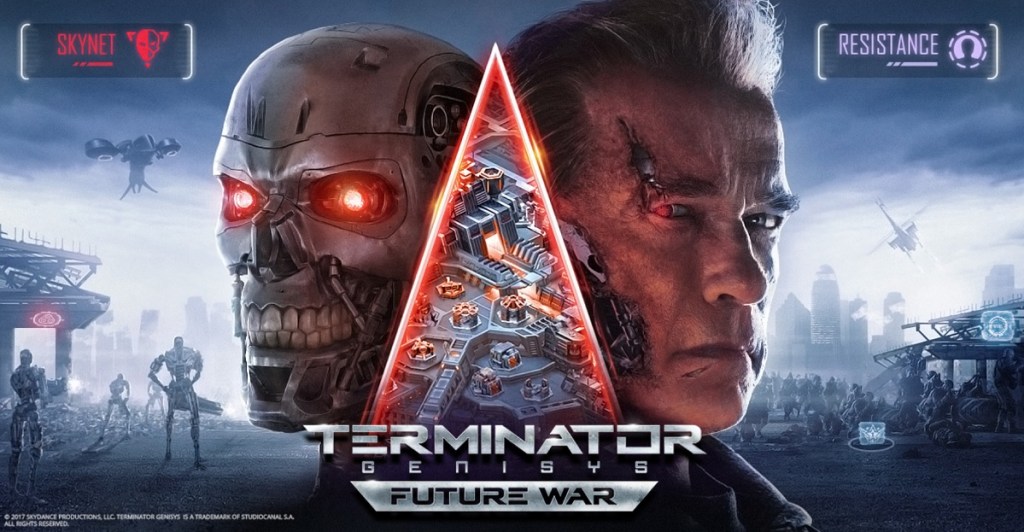