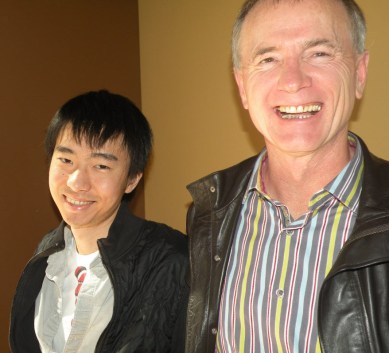 Playdom, formerly known as YouPlus, built its own little empire as one of the leading makers of games for the MySpace social network. Now the company hopes it can repeat that success on Facebook.

It will battle against some tough, entrenched opponents on Facebook. The sink or swim experience should determine whether Playdom was actually good when it dominated MySpace, or merely lucky.

The Mountain Calif.-based company has had a string of hits on MySpace, including the current No. 1 title Mobsters. It has about eight of the top 25 games and more than 5.2 million active daily users. All told, it has about 20 million users a month across 12 games. Not bad for a 35-person company founded just a year ago. It’s self-funded and profitable.

The company is expanding into Facebook with Poker Palace, which now ranks No. 15 on Facebook. Dan Yue, chief executive and co-founder, says the company originally entered the Facebook market when it first started. It tried some quick experiments that didn’t fly. By that time, Facebook had its own winners like Zynga, which has more than $30 million in venture money and the No. 1 game on Facebook.

Then Playdom shifted gears. It created MySpace versions of popular Facebook games, such as Own Your Friends (where users could buy and sell friends or celebrities). It’s an original title, but is based on similar games that have taken off on Facebook because of their social nature. While MySpace had tens of millions of users, Facebook still had the cache. Playdom was able to grab an early lead when MySpace created its own game platform. 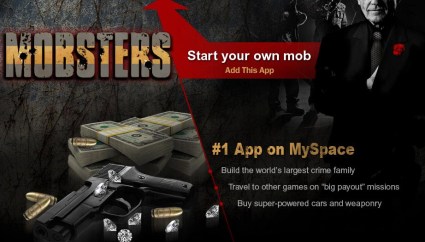 Yue said the company tried a lot of games and then meticulously studied the results, such as the points in the game where users stopped playing. Then it tweaked the games to be more playable. Yue says that while the company can launch a game within a matter of days, it still puts thousands of hours into game development and support long after a launch. The team checks several times a day on how each new version of a game is being received.

As an example, one fan wanted to be able drive a truck in the game Mobsters Overdrive. Two days later, the developers launched the truck in the game. That’s the key to coming up with games that spread on their own merit.

Rick Thompson, chairman and co-founder, said that the early winners on Facebook had the advantage of spreading through friend spam — meaning that users invited masses of friends to join the game and were often rewarded for that behavior. But that isn’t possible on MySpace, where the games spread via one invite at a time.

Playdom expects to triple its staff in 2009 and is launching its first iPhone game this month: Mobsters: Big Apple, a version of its mafia game.

Yue and Thompson met at Adify, an ad network startup that they sold to Cox Enterprises in 2008. The other co-founders are Chris Wang and Ling Xiao, who were Yue’s friends from high school. (Back then, they tried to make their own 3-D role-playing game to no avail). They went to college, got real jobs, and have been reunited as a team at Playdom.