PlayerUnknown’s Battlegrounds was the No. 1 game for livestreams in the third quarter, with more than 3.8 million hours streamed on Twitch alone.

That’s one of the facts in a new report on livestreaming from company Streamlabs, which has a platform that allows streamers to collect tips from their viewers. The San Francisco company keeps tabs on streaming, and it has stats that show which platforms are the biggest when it comes to active streamers. Streamlabs said League of Legends dropped to No. 2 in the quarter, with a total of 2.5 million hours of gameplay streamed. 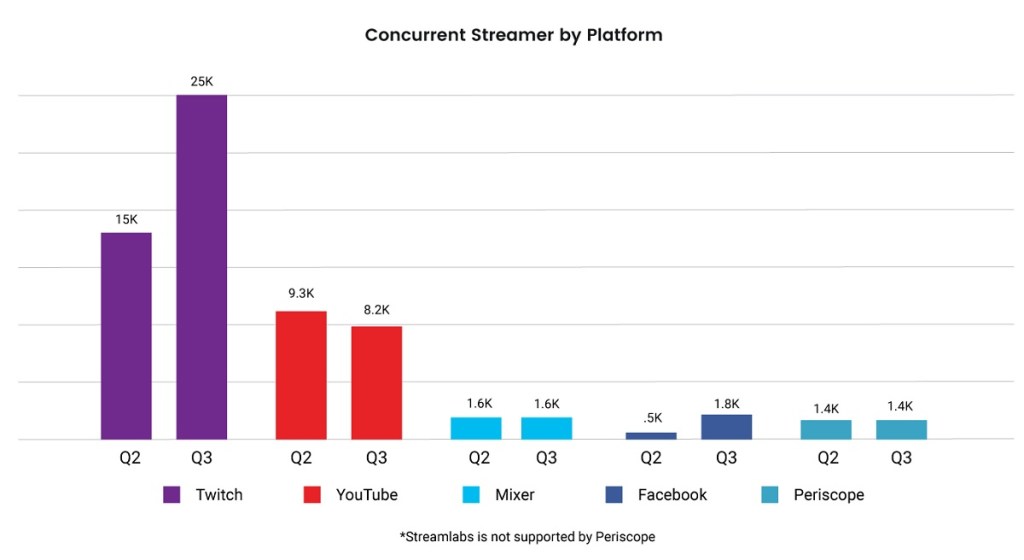 Above: Twitch is on top when it comes to concurrent streamers by platform.

According to a recent report from SuperData Research, 563 million people watch YouTube’s gaming content whereas 212 million viewers use Twitch. That means that Twitch’s audience has a larger percentage of streamers — particularly some with small audiences — compared to YouTube’s audience.