The battle royale genre took over mobile last week with the launch of Fortnite, but now it’s PlayerUnkonwn’s Battlegrounds turn to shine. Tencent Games’ port of the PC megahit launched in regions worldwide on iOS and Android on March 19, and it is now the No. 1 most downloaded iOS app in 48 countries, according to App Store intelligence firm Sensor Tower. While Fortnite is still ahead in the United States, it is only the top downloaded iOS app in 15 countries. 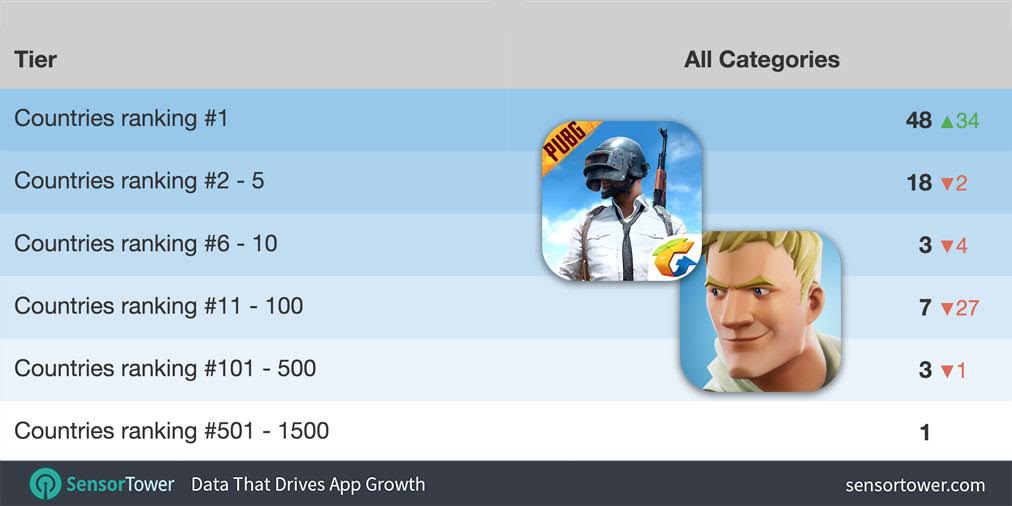 PUBG is No. 1 on iOS in countries like Russia, Germany, Canada, and Australia. In addition to the U.S., Fortnite is on top in Great Britain and France.

Both games have players dropping onto an island with up to 99 other people with the goal of outlasting everyone else. And both have already had PC and console versions. Now, on mobile, players all over the world are downloading the game and playing it wherever they go and have an internet signal.

In terms of revenues, Fortnite has just surpassed $2 million on iOS. That has helped it stay near the top of the grossing charts. Tencent, however, has not turned on in-app purchases for PUBG yet.