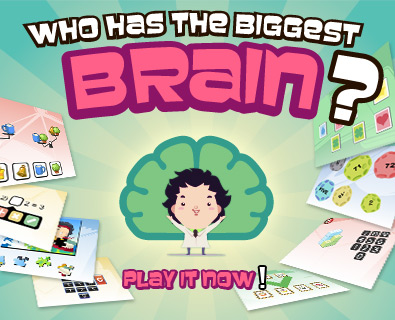 Playfish, a social gaming company that has four of the top ten games on Facebook, has raised $17 million in funding.

The deal shows that the intersection of games and social networking remains a hot sector in spite of the weakening economy.

Playfish came out of nowhere to become a leader in one of the hottest categories of the video game industry. It was founded in October, 2007, and launched its first game in December, 2007.

To date, more than 25 million people have played the company’s five games, the company reports. The company says it has more than 10 million active monthly users.

Will it last? The company’s investors clearly think so. The new round was co-led by Accel Partners and Index Ventures. Playfish has now raised $21 million.

Its record compares favorably to the two leaders in Facebook games: Zynga, which raised $25 million, and Social Gaming Network, which raised $15 million. Zynga has two games in the top ten on Facebook, while SGN doesn’t have any. Interestingly, traditional game companies such as Electronic Arts or Activision don’t have any games in Facebook’s top 25.

The  company was started by Kristian Segerstrale, chief executive of Playfish, who previously ran a mobile games company, Macrospace, for six years. (It merged with Sorrent and became Glu Mobile). Segerstrale says that the brands owned by the big companies don’t matter as much on sites such as Facebook, where playing with your friends and trusting their recommendations for games matters the most.

“We think there is a tectonic shift away from games as a product to games as a service,” Segerstrale said.

London-based Playfish has launched both an in-game advertising platform using the AdSense for Games solution from Google, and it has launched a virtual goods transaction business as well. But Segerstrale said in an interview that it’s too early to predict when the company will become profitable. The company has created game development studios in Norway, Beijing and London, as well as a sales office in San Francisco.

Kevin Commoli, a partner at Accel in London, said that his company believes the game sector is still hot in spite of the economic turmoil.

“This is a part of the entertainment world where people are spending more and  more of their time,” Commoli said. “I don’t think the social gaming sector is going to suffer at all. I don’t view this category of social games for the mass market as a fad.”

He said that Playfish was an attractive investment because it owned its own game properties and its own game development studios.

Segerstrale said games on Facebook and other social networks are a return to the roots of games, when people enjoyed sharing fun experiences with friends via playing cards, board games or bowling nights. The company’s games, such as “Who has the biggest brain?”  have become popular through viral sharing, Segerstrale said. The game was the company’s first, debuting on Dec. 18, 2007. It offers brain-training puzzle games in logic, calculation, memory and visual processing. In the last three months, the play time for the company’s games has gone up from 1 billion monthly minutes to two billion.

A couple of weeks ago, Playfish debuted its first game, Bowling Buddies, on MySpace. Segerstrale said the company would use its money to expand its reach to new platforms, develop more titles, and expand its studios.

It’s a good start for Playfish. But it will likely take a lot more hits before the company becomes profitable and before its revenues become a source of concern for the traditional game industry.